OPINIONS Wei, the World: No free pass for Trump for creating another Cold War

Wei, the World: No free pass for Trump for creating another Cold War 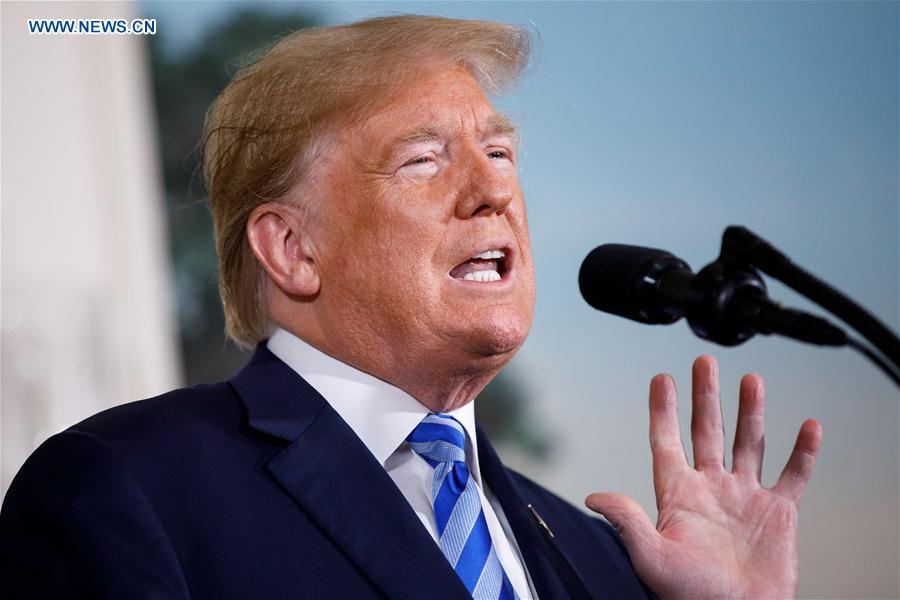 I am hardly a fan of Trump quotes. However, what he said at a dinner with top business leaders earlier this month has really reached the lowest point, of not even an American president, but any individual.

He reportedly said, “Almost every student that comes over to this country is a spy.” According to the Politico report, which got the quote from an unnamed attendee of the dinner, “at one point during the dinner, Trump noted an unnamed country that the attendees said was clearly China." When asked by Politico to clarify, the White House declined.

Even today, neither the White House nor Donald Trump himself has been able to comment publicly about the report. But one thing is for sure, those words reportedly said by the US President are nothing but a malicious racial accusation against the Chinese. And that should be condemned by all.

Obviously, those remarks from Mr Trump were intended to incite fear, panic and hysteria among American business circles and the American society as a whole, about China and young Chinese in the US. These Chinese students are like students from any other country that study and live in America, who are bridges for friendship between the US and other countries.

As we all know, the quality and texture of any bilateral relationship have more to do with people-to-people relations than anything else. Chinese students account for more than 30 percent of total overseas students in the US. That demonstrates the fact that two of the world’s largest economies and great countries are interacting with one another through great ambassadors and messengers, which creates a big potential.

However, Mr Trump’s baseless and racial accusations could lead to general suspicion and fear among the American public about this most active and important link the two nations have, and could also drive the two nations and the two peoples ever more apart. One might naturally wonder who are going to benefit from it as China and the US are at a critical juncture of their bilateral relations now.

The unfounded racial accusations from Mr Trump against young Chinese people are leading us to more concerns, not only about bilateral relations but also which road the US, a more than important player in today's world, is taking.

For those who have learned a little bit about the contemporary history of the US, Trump’s unfounded accusation about Chinese students sound more than alarming. It bears a strong similarity to those of McCarthyism, practiced in the 1950s and 1960s, during some of the darkest days of American history.

McCarthyism was used as a tool then by politicians to create fear among Americans about other countries and other peoples to create political momentum for the Cold War domestically and control the hearts and minds of Americans.

It made victims of many outstanding American citizens: government employees, Hollywood actors and actresses, prominent writers, minority groups, union members, and the list goes on. But now, the question is, whether Mr. Trump intends to create once again fertile ground to demonize one country and one people, this time the Chinese, and tragically a possible repetition of the shameful days of American contemporary history.

Mr Trump said repeatedly that he's eager to create jobs and bring down trade deficits the US has with other countries. One might wonder if he really means what he said. Why? Well, more than 350,000 Chinese students studied in the US last year. They are, just as students from elsewhere in the world in America, bringing vitality and wealth to the country.

For example, Chinese students contributed 12.5 billion US dollars to the US economy last year alone, not to mention the many academic, business and people-to-people exchange opportunities they are creating through their families, friends and networks. If Mr Trump does not even recognize this fact and trend, he is only lying about his slogan of “making America great again.”

Many Chinese students, over the decades, study in America and contribute in unprecedented ways to the success of America. There are eight American scientists of Chinese origin who have won Nobel prizes, for Christ’s sake.

However, we still have seen groundless racial accusations against people of Chinese origin in the US. From Dr Wen Ho Lee to Dr Xiaoxing Xi to Ms Sherry Chen; they were unjustly prosecuted based on suspicion of their ancestry, but were later found to be innocent of wrongdoing. But their lives have already been totally ruined.

Now, Mr Trump is zeroing in not only on individuals but a whole group of young students, who happen to be studying in America to learn how to be better people and how to build a better world.