West must learn to handle trash as China stops importing 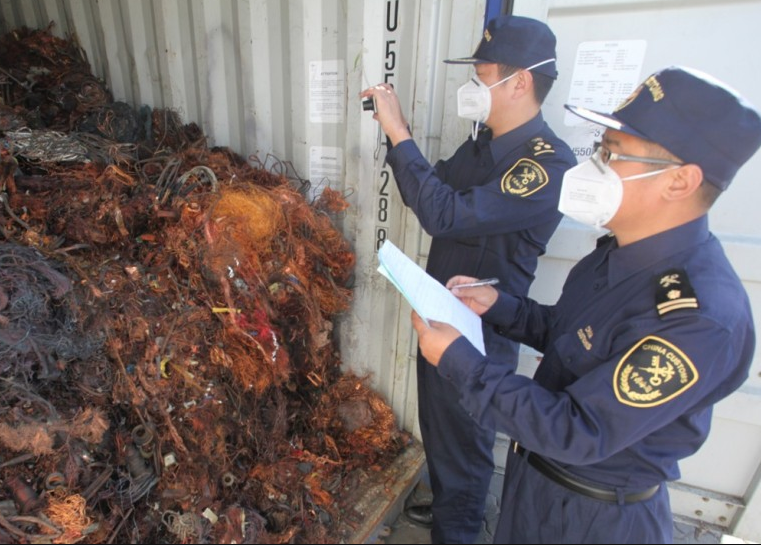 Western countries were hit heavily at the start of the new year when China banned the import of 24 types of solid waste. They have long relied on exporting plastic recycling to China and have been lax about recycling domestic waste. Pictures show rubbish has built up in some of them.

China was once the biggest importer of solid waste, importing over two-thirds of the UK's plastic waste. Although recycling plastic waste for industrial manufacturing can save raw materials and boost employment, it also has an outstandingly negative impact on the environment and is often the focus of media attention. An overhaul of the business was essential.China plans to fully stop importing solid waste that has domestic alternatives by the end of 2019. The irreversible trend will increase pressure on Western countries to handle their own trash.No governments in other countries complained about China's move, but the truth is the West is nonetheless worried. These developed countries have been used to buying cheap products from developing countries like China and shipping the waste back, keeping themselves clean. But this won't continue after China bans foreign waste imports. Western media are discussing the possibilities of replacing China with India or Vietnam for handling waste, but this plan won't necessarily work out. China's rise has been well timed, with economies of scale. China has almost all the industries that can bring jobs and wealth. While China took in sizable foreign waste under certain conditions, this can hardly be copied by other countries.It is imperative for developed Western countries to handle waste locally, a logical step toward a more balanced global economy. The era of developed countries exporting brands and technologies, with a higher standard of living, while developing countries grow on cheap labor and suffer pollution, will be over. This is not a nationalistic argument, but a natural development of human society. All nations should actively adapt to such change. Fully industrialized Western countries have enough technology and capital for better waste disposal and recycling. Cities like London and Hamburg can take the lead in developing new environmental protection technology and standards. Exporting waste to developing countries leads to serious pollution as it is processed with low technology. However as people lead better lives, they produce more waste. Developed countries should take the lead, followed by the developing countries, in improving waste disposal. China has imported masses of waste from abroad in recent years, delaying the eruption of a serious problem. Now when China starts banning waste imports, we have to face this challenge squarely. The Earth cannot become a planet with great piles of accumulating rubbish. Human society must recycle as much as possible. Let's start today.