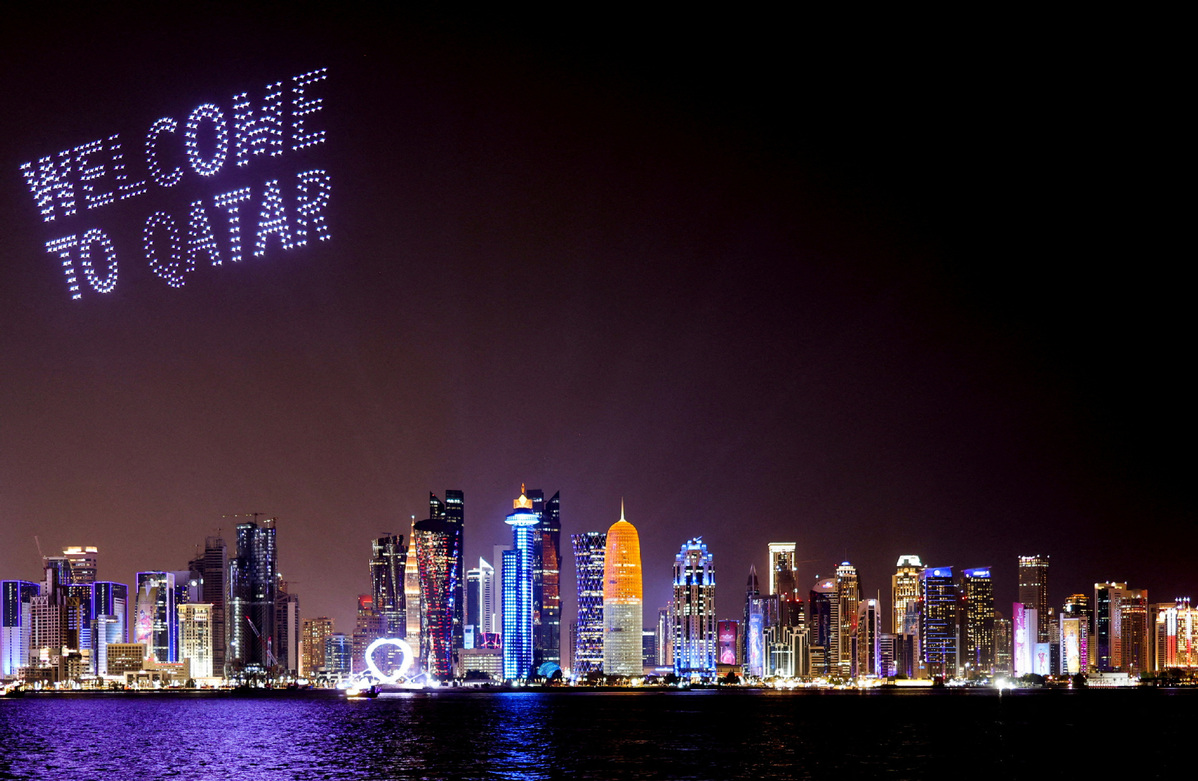 A general view of Doha ahead of the FIFA World Cup Qatar 2022. [Photo/Agencies]

Unlike the carnivals it has kindled previously, the raising of the curtain for FIFA World Cup Qatar 2022 on Sunday has failed to generate the usual passion and excitement.

The tournament, the first to be held in the Middle East and the first in the northern Hemisphere in winter, is the World Cup's return to Asia after a 20-year hiatus. And it is also the most expensive ever staged, as the host country has already spent $229 billion on it, according to the Western media. A total of $55.9 billion was spent from the 1994 World Cup in the United States to the 2018 tournament in Russia.

But that huge input has not been transformed into greater attention. The cold shoulders the tournament in Qatar is meeting can partly be attributed to it interrupting the domestic leagues in European countries, with club loyalties taking precedence for many fans, but also to some Western media's biased report on it, which is in itself an attempt to politicize the event.

Ranging from UK media reports of Qatar planting spies in FIFA and the United States to ensure it can win the bidding, which the host country has denied as smears, to the warning of some European countries' security departments that at least two apps of the event developed by Qatar can leap privacy protections, and the reports claiming that large numbers of immigrant workers died during the preparation of the venues for the matches, some Western media have left no stone unturned to take advantage of the game to pour dirty water on Qatar. With such a deluge of negative reporting, it is natural that enthusiasm has been dampened.

Whenever a major tournament is hosted by a non-Western country, some Western media will inevitably find all kinds of ways to attack it. The Beijing Winter Olympics also encountered a barrage of smears.

Qatar embraces balanced diplomacy, with China, Russia and Iran among its diplomatic priorities, which of course does not sit well with the US and its allies, which once relied on the country as an exclusive source of oil and gas.

However, despite the Western media's painstaking efforts to pull the rug from under the tournament's feet, between 1.2 and 1.5 million fans will travel to Qatar, with a large number of them coming from Europe. The non-biased media covering the event can also help present a more objective and complete picture of the host country. The smearing of the Beijing Olympics in 2008 and the Winter Olympics in 2022 by some Western media did not prevent these events from becoming huge successes. Qatar can also stage a successful World Cup.

The appeal of the world's most popular sport is particularly important in bringing people together in such trying times. The World Cup provides a stage to help unite the region and the world.