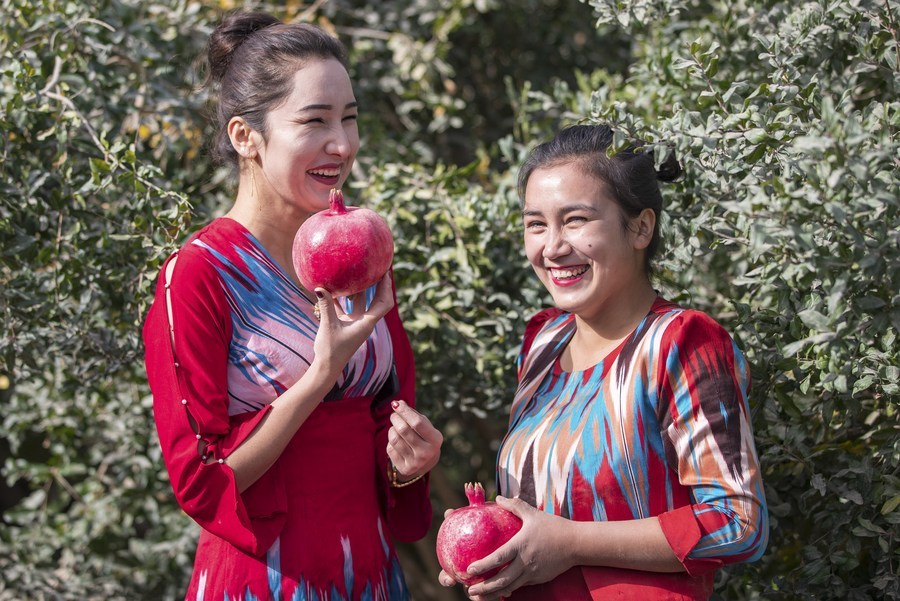 In a futile bid to defame China, some anti-China forces in the West continue to fabricate lies about China committing "atrocities" in the Xinjiang Uygur autonomous region.

Their distortion of the truth, with allegations of forced labor and sterilization of Uygurs on an "industrial scale", lays bare their intention to use human rights as a tool for their political manipulation. Having repeatedly snubbed China's invitation for them to visit and see for themselves the situation in the autonomous region, they rely instead on the cherry-picked accounts of the very extremists whose malign influence China is trying to curb in the region.

To serve their ulterior political purpose of smearing Xinjiang, these anti-China Western forces choose to consort with those who will tell any lie if they think it will enable them to carry on promoting terrorism, extremism and separatism in Xinjiang. Together, they have employed multiple schemes and use the Western media to spread their groundless charges against China.

In the biased reports of Western media on Xinjiang, the claim that nearly 1 million Uygur people are "detained" has become a catch phrase. Yet it is based on two highly dubious "studies". One by the US government-backed Network of Chinese Human Rights Defenders and the other by far-right fundamentalist Christian Adrian Zenz.

With interviews from only eight people, the CHRD applied the estimated ratio shown in this absurdly small sample to the whole of Xinjiang, drawing a crude conclusion that 1 million people were interned in the "re-education detention camps" and 2 million were "forced to attend day/evening re-education sessions".

Zenz based his "just over 1 million" estimate on a single report from Istiqlal TV, a Uygur exile media organization based in Turkey that promotes separatism.

Western media such as the BBC that have an evident bias against China are happy to broadcast and publish such unverified, one-sided claims so long as they get to throw mud at China.

A lie can never become truth even if it is repeated a thousand times, and the door to Xinjiang is always open for those who are willing to see the truth rather than a preconceived picture of repression. Since 2018, some 1,200 diplomats, UN officials, journalists and religious clerics from more than 100 countries have visited Xinjiang. What they have witnessed shows the Xinjiang-related fake news fabricated by some Western media are nothing but self-deceiving prejudice.

The only logical explanation for those Western politicians who still want to embrace these lies and turn a blind eye to the truth is that they seek to use Xinjiang as a "card" against China.

China will continue to follow its correct path of development in Xinjiang, and a prosperous and stable Xinjiang will continue to pierce through the lies so readily repeated by some Western media and politicians.