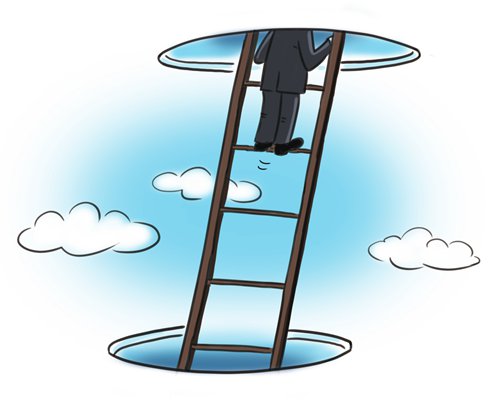 The US government recently issued a series of reports, many of which are hostile to China, Russia and other countries. Some US military and political figures have also made unfriendly remarks about China.

Like those who have been trumpeting external threats all the time, scholars in US think tanks fully displayed their ability in coining a new term - "sharp power." The term was promptly hyped up by Western media and became a tool to smear China for its normal cultural exchanges with foreign countries as well as its external publicity activities.

Western governments and media are good at creating concepts and discourse. The West won a war without firing a shot when the Soviet Union disintegrated in the 1990s. Since the end of the Cold War, Western academic circles, think tanks and media, taking advantage of the international discourse hegemony they acquired, launched an offensive against the non-Western countries. They created concepts like hard power, soft power, smart power and sharp power.

Take soft power. The creation of the concept has not only made US political scholar Joseph Nye an academic giant, but also led to myriad derivative works in Western academic circles and media. In China, the concept of soft power has gained huge popularity. Interest in the concept among various research fields hasn't abated over the past 30 years. In contrast, Russians have been skeptical of the concept.

In face of the "sharp power" offensive the West launched against us, it's totally unnecessary for us to be led by the nose. We don't need to overreact to American politicians' hostility and defamatory tendencies against China. Discussion on whether China has surpassed the US in all fields is swirling. If we blindly use the US as a reference, we will fall into a trap of confrontation.

From the strategic perspective, the rejuvenation of the Chinese nation and China's development need to transcend the logic of competition, the Western Cold-War mentality and zero-sum rules, with an aim for a glorious future for global development and for the good of all mankind.

Undeniably, since the end of the Cold War, the US as the sole super power has been the most influential political power in the international community. In the foreseeable future, the US will continue maintaining its supremacy - regardless if it exudes positive energy or negative energy. In this context, China as a rising power has to regard the US as the most crucial external power in international affairs.

In this multipolar world, neither is the US our only reference, nor a rival we must defeat.

As Chinese President Xi Jinping said, "The world is so big, and the problems so many. The international community expects to hear China's voice and see China's plans. China cannot be absent." There is a broader space and goal for China's development and rise.

The West has launched several rounds of "conceptual offensives" with an obvious attempt to hype up the "China threat." If we cannot see through its intentions of creating new concepts, new ideas cannot be introduced in China's academic circles and we will easily fall into the logic trap of the West.