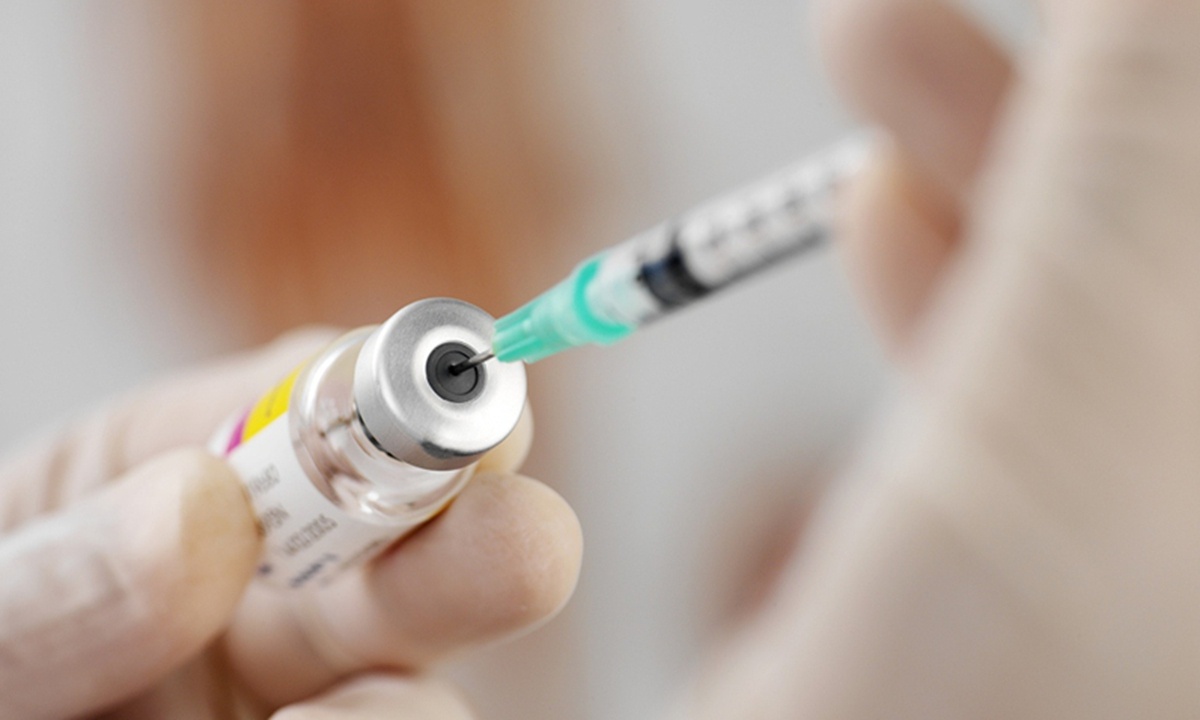 The West's indulgence and zeal of the Cold War era is being manifested by its politicization of vaccines. The US, in particular, is practicing its very selfishness in vaccine distributions and exploiting vaccines as a geopolitical weapon, which, consequently, is dividing the world into two camps - one represented by countries inoculated with Chinese and Russian vaccines and the other with US and European vaccines.

Since the world's major powers such as China, Russia, the US and the UK produced their own vaccines, Western countries and media have put the vaccines into two "camps." As they boast of their own vaccines, they question the safety and efficacy of Chinese vaccines and label China and Russia as the pioneers of the global "vaccine diplomacy" campaign. The choosing of vaccines by countries has become the epitome of global geopolitics.

The US-produced Pfizer and UK-manufactured AstraZeneca vaccines are mainly used in the US and wealthy European countries. Chinese and Russian vaccines are used by developing and low-income countries in parts of Asia, Europe, Africa and Latin America. Many European countries are haunted by a strong sentiment of vaccine nationalism and waiting for Western vaccines, despite the fact that the US has not yet authorized the AstraZeneca vaccine and is just stockpiling them in reserve, while a number of European countries have approved the AstraZeneca vaccine but do not yet have it. Meanwhile, apparently out of political considerations, Japan is waiting to receive the Pfizer vaccine and South Korea has granted approval for both AstraZeneca and Pfizer vaccines. The US Department of Health and Human Services admitted that it used "diplomatic relations" in order to force Brazil, one of the worst-hit countries in terms of the COVID-19 pandemic, to reject the Russian coronavirus vaccine Sputnik V.

The West even does not intend to hide its small-circle mentality. The EU is expected to put forward on Wednesday a proposal to introduce its "vaccine passport" to aid free movement within the bloc, which however will only be valid with EMA-approved vaccinations namely Pfizer/BioNtech, AstraZeneca, Moderna and Johnson & Johnson. This was met with backlash from Serbian President Aleksandar Vucic who said it was a "bad and scandalous decision."

Like Serbia, many countries do not want to pick a camp in their choice of vaccines simply to cater to the West. When countries choose a vaccine, they are supposed to consider factors such as science and public safety rather than irrelevant geopolitical elements.

When interviewed by the BBC, Singapore Prime Minister Lee Hsien Loong said, "We will use vaccines from any source. Vaccines do not carry a nationality. Is it good or is it no good? Does it work? If it does, then we will use it."

A series of events show that when the West or the US decries China for a certain matter, the matter must be something it wants to do, said Zuo Xiying, an associate professor at the School of International Studies at Renmin University of China.

"The West does not see vaccines from a professional and scientific perspective and now wants to use its technological advantages to squeeze China. While the West accuses China of engaging in vaccine diplomacy, the very one that wants to engage in vaccine diplomacy is the West," said Zuo.

What is even more ironic is that the EU publicly dismissed Russia's global vaccine supply, but has been turning to Sputnik V shots behind the scenes, according to media reports. Clearly, the EU cannot afford the self-invented geopolitical game involving vaccines.

Being a major power, China's offer of vaccines to other countries is out of responsibility and morality without political attachment. That is why many countries welcomed and defended Chinese vaccines. If China's influence expands, it is a natural outcome. It is even hard for the US, which only eyes geopolitical competition and self-interest, to argue that helping those in need is inherently a bad thing.

After all, these countries never come across the mind of the US, but only for self-interest. The US is a master of geopolitical manipulation who uses everything as a geopolitical weapon. What it can do now is to mourn its decline of influence as a result of its selfishness. As Zuo noted, "America First" has never gone away.

The political struggle brought about by the pandemic is far from over. Hence the West's intent to divide the world with vaccines to maintain its hegemony. However, the US and the rest of the West will only find themselves enmeshed in a self-imposed cocoon. Just imagine, if the global supply of vaccines is monopolized by the US, how many more people would die? Does the US care? The answer is clear.