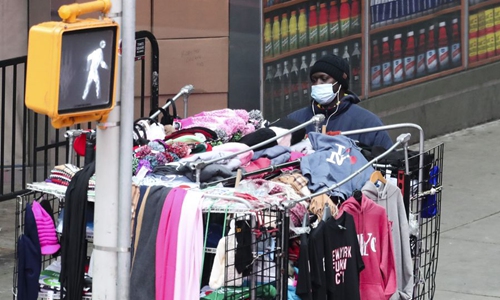 Every day, the news gets worse as the coronavirus pandemic in Europe and North America continues to run out of control. That the 71-year-old Prince Charles tested positive for the virus truly reflects the severity of the situation. The death toll in Spain reached 738 in one day, and in Italy 743 people died on Wednesday. The US and France have each seen daily death toll of over 100.

I am very disappointed at the West's inability to cope with this public health disaster. Their poor management of the crisis has exceeded my expectation. Western governments are taking preventative measures, but they are always one step behind. These governments have failed to make people fully understand the virus can infect others even during its incubation period. The actions taken on a given day are not supposed to deal with the situation on that day. Forward thinking is required to realize a much more dangerous situation will arise two weeks hence.

It's not convincing to say that Western countries have their own special social conditions and coping with the epidemic is their own affair. Life matters. Not preventing the deaths of hundreds of people from COVID-19 is a humanitarian disaster and a true human rights catastrophe. Many people can't get treatment in a hospital, and for those who do lifesaving respirators that could save their lives are unavailable. The sickened can only await death.

It's right to criticize and even condemn Western governments for failing to be better prepared and not implementing more resolute social mobilization to safeguard the lives of their people.

The pandemic has caused more than 10,000 deaths in Europe. When will it end? More than 1,000 people have died in the US. Is that not serious enough?

Yet there is no effective supervision system in the West, and Western countries, despite their deep-rooted arrogance, have some serious problems. These accumulated problems are impeding the West's ability to make a rapid response to the coronavirus outbreak and they couldn't resolve these problems even now that the danger of the epidemic is fully upon them.

I am quite worried that the virus won't be forcefully resisted in the Western world, which would lead to disastrous consequences and an astonishing number of deaths, beyond what we ever have imagined possible. This would be an unprecedented humanitarian disaster and in turn lead to incalculable political consequences and a chaotic global political order.

The world needs to unite and mobilize to save lives and safeguard human civilization. Reducing the death rate is the most urgent task, and international efforts must be made to develop a vaccine and treatment medicines. Politics must give away to humanitarianism, which is the only thing that matters now.