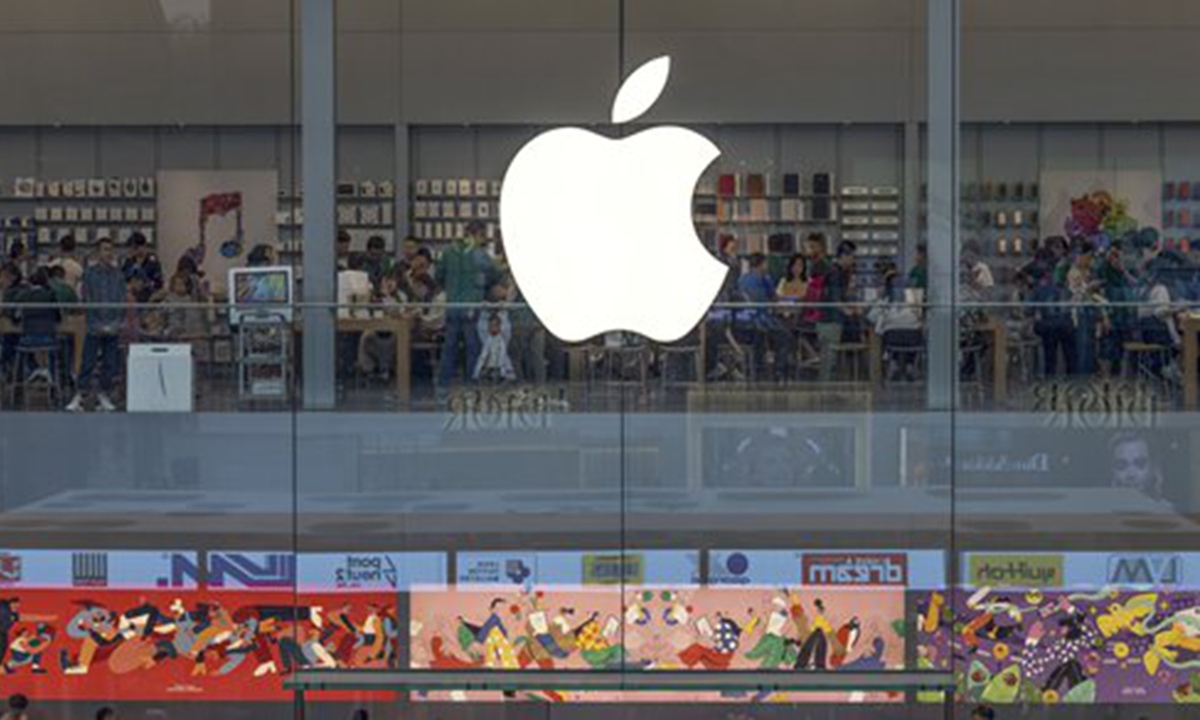 The BBC published an article on Saturday asking: "Will Apple be the last US tech giant left in China?" In the article, the BBC uses its own reports of the removal of several foreign apps from Apple's App Store and Microsoft's announcement of the shutdown of its social network LinkedIn in China as examples to draw an illogical conclusion, which supposes that American tech companies are being excessively monitored and suppressed in China, so they have to withdraw from the Chinese market.

"The Western media is wearing tinted lens when they say China is over-regulating. The US should think more about whether its own government is setting the restrictions too high in its exchanges with China, especially for those high-tech enterprises," Li Haidong, a professor at the Institute of International Relations of the China Foreign Affairs University told the Global Times.

Over the past two years, the US has used all sorts of nasty tactics to attack Huawei - from forcing other countries to ban Huawei to the detention of its Chief Financial Officer. Not only that, the Trump administration announced an executive order intended to ban the popular short video app TikTok in 2020. TikTok, however, has fully abided by US laws during its operations in the country. It does what the US tells it to do. But the US government still plans to ban it, or at least separate it from its parent company ByteDance, which is headquartered in China, thereby allowing a US company to acquire it and turn it into a US company. The US approach is way much tougher than that of China.

What China has been doing is fighting against monopoly and safeguarding national security in the economic field. Such economic governance is not new to the world, but Western media outlets have kept pinning political labels on China's practices. This is worth pondering for Chinese people.

The Western media plays up the so-called Chinese crackdown on foreign tech companies, but the truth is that the US is also realizing the importance of reining in tech companies.

The Wall Street Journal reported on October 6 that Frances Haugen, a former Facebook employee, disclosed documents which describe how the company's rules favor elites, how its algorithms foster discord and how drug cartels and human traffickers use its services openly. The potential risk for tech giants to use their company as a tool to influence politics and may endanger public interests is clear.

Twitter announced in June 2020 that it removed more than 30,000 accounts linked to China, Russia and Turkey related to "state-linked" information operations. It is not that Twitter does not have a censorship mechanism, but that its censorship is defined from the perspective of US interests and values.

Chinese regulators won't be distracted by biased reports like the BBC's, in the meantime, the Chinese market always welcomes foreign companies that abide by Chinese laws.