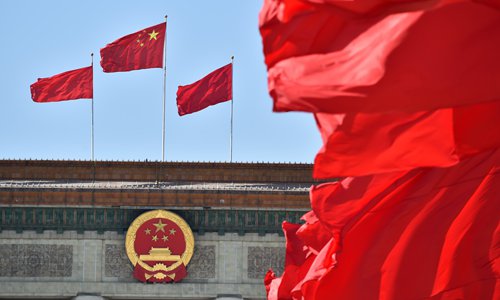 Samuel Huntington once said in his classics, "Modernity breeds stability, but modernization breeds instability." This has led many Western scholars to believe that China is bound to face governance crises during its path to modernization.

All governance systems have their unique history and evolution. China is a latecomer in terms of modernization and modern governance. Due to poverty and fragmentation it suffered during the early years since the founding of the People's Republic of China, it required a stronger leadership which can get things done efficiently from the top down.

Western critics argue, with their deep-seated mind-set, that China's weakness lies in its one-party rule, and because China lacks Western-style democracy, China's governance is fragile and unsustainable.

So no wonder when China raised the notion of modernization of China's system and capacity for governance in the recent fourth plenary session of the 19th Central Committee of the Communist Party of China, some Western observers were quick to link it to a tight control on society and politics through high technology. But despite the universality of Western values as they claimed, what we have seen in the past few decades is the decline of the economic dominance of the West, while the rise of China has been the game changer.

From the Western perspective, the disputes the West has with China stem from the difference in systems. It finds fault with China because it deems China's governance style does not fit Western standards and worries that China's model will affect how other developing countries choose. This is manifested in the crackdown on China telecommunications giant Huawei and during the process of the implementation of China's Belt and Road Initiative.

Regardless of system, the primary goals of governance should be the same - to ensure national development and to improve people's livelihood.

For developing countries, when social stability is maintained, the wealth gap narrows and economic boom is in sight, proving the effectiveness of their governance.

China has experienced pressure in the past decades. From the unemployment wave caused by reform of the State-owned enterprises to environmental pollution, from massive petitions to terrorism, from a slowing economy to challenges from new tech, China has managed them well. As Chinese officials try hard to deliver the promises made by the top leadership to its people, US politicians are engaged in political wrangling for the sake of their own interests. In terms of using high technology as a means of modern governance, China could probably lead the West.

That the systems of China and the West are different need not be emphasized too much, and Westerners should not be guided by the unrealistic desire that China become like them.

Western predictions such as "China is headed for upheaval" have not come true, and they never will.