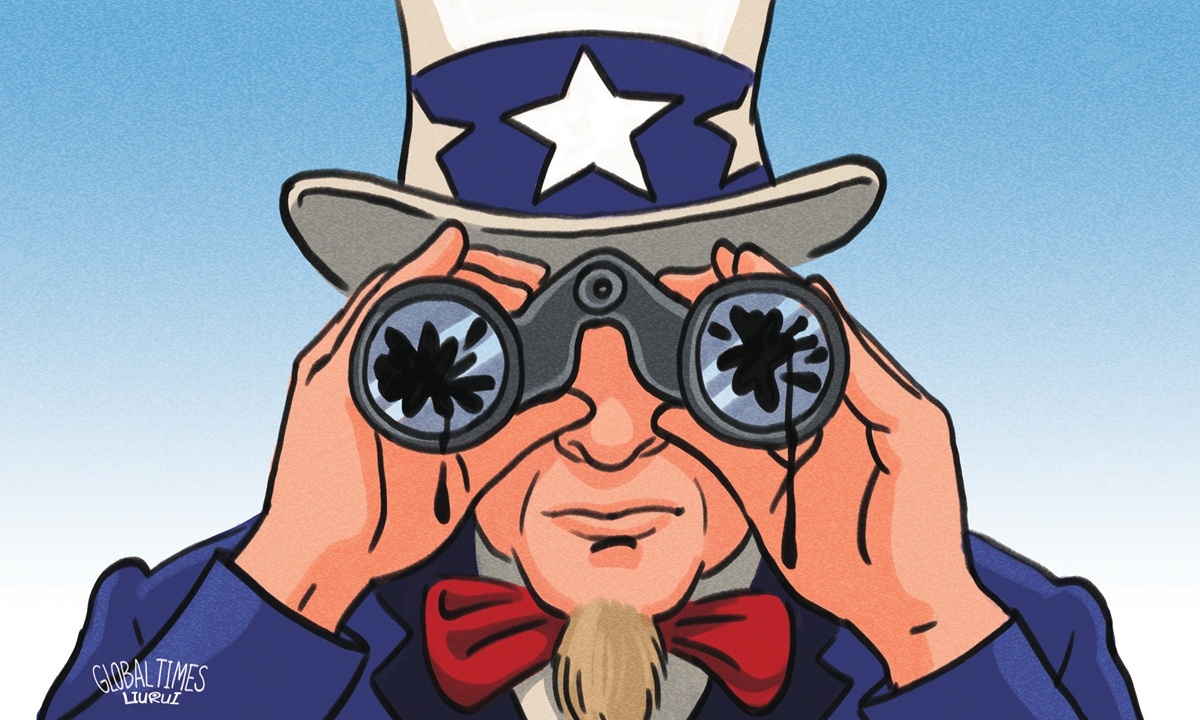 A new Pew Research Center survey shows views of China have grown more negative in recent years in some Western countries. Negative views of China increased most in Australia and in other countries, including the UK and the US, with the number of people who view China in a negative light increasing rapidly.

Chinese people also view Western countries, such as the US and Australia, more unfavorably than in the past. This is the result of a series of radical actions taken by the Trump administration to continuously split the world.

Has China done anything wrong? Have we initiated any war? Or has China interfered in the domestic affairs of any other country?

No. China has been honest, striving for self-development and getting along well with the world. But some Western political and public opinion elites have created various gimmicks to attack China and constantly poison the public’s understanding of China.

For instance, Washington has put forward a very absurd logic that China should be held accountable for the COVID-19 pandemic. This anti-intellectual and anti-scientific sophistry is very suitable to the spread of populism, and has stimulated public sentiment. This way, those Western elites are destroying the basic recognition and goodwill that people of different countries have toward each other.

What they have done with the Xinjiang and Hong Kong issues are also typical examples. The situation there has gone out of control. A large number of civilians in Xinjiang died because of violent terrorist activities. Hong Kong had found it difficult to function normally. China, as a result, was forced to take measures to restore order there, but was groundlessly accused of “violating human rights,” and even “conducting ethnic genocide.” This has nothing to do with ideological division. But those Western elites are pleased to see Chinese society go through disasters, not allowing China to solve its problems in a practical and effective way.

We don’t have to take them seriously. We have every right to live our own way. The happiness of the Chinese people is the highest goal of our country. We have the final say over what our happiness is. Today, Chinese people are traveling around the country and enjoying the holidays. This is much better than in some Western countries, which have performed poorly against the pandemic. More than 200,000 people have been killed by the virus in the US alone.

A most important point is, although Western elites can mislead public opinions, they can do nothing with China. China will keep advancing, and most Western countries will have to continue doing business with China. At least now, our society, where the epidemic has almost ended, is becoming more prosperous. China has protected the rights of its people in a more effective way. We don’t want bad relations with Western countries, nor will we exchange our national interests for their goodwill. Their goodwill is not so valuable.

(The author is editor-in-chief of the Global Times.)