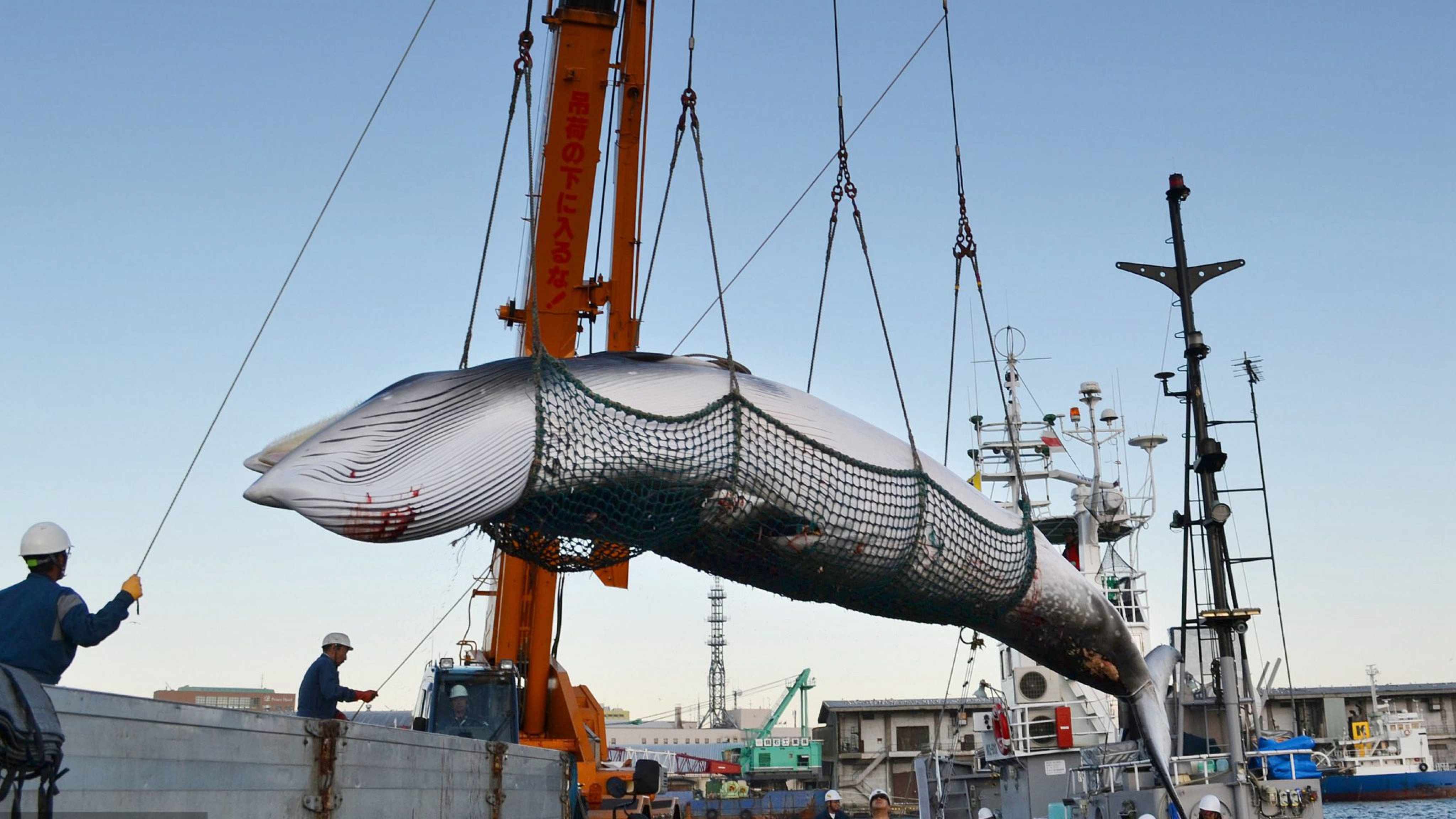 A Japanese vessel left the port of Taiji in western Japan on Friday to take part in the last of the government's so-called research whaling program before the country restarts its commercial whaling practices after it officially leaves the International Whaling Commission on June 30. China Daily writer Zhang Zhouxiang comments:

As early as 1986, the IWC, of which Japan has been a member since 1951, announced a total end to all commercial whaling activities. For the past three decades, Japan has continued whaling under the name of "scientific research" although there has been widespread criticism that the whales are actually being sold for commercial reasons, mainly for their meat. By exiting the IWC and resuming commercial whaling, Japan has given up any pretense that it has stopped its whale hunting. When people protest and call the practice cruel and unnecessary, Japan always defends its slaughter by claiming it is part of its culture.

The importance of whales to the oceanic ecological system can never be exaggerated. By swimming up and down in the ocean, whales create water currents that bring up salt from the depths to the surface, where it nourishes plankton. Even the waste whales produce and their corpses are important. Their waste supports other creatures, and their corpses, commonly called "whale falls", can support smaller animals and bacteria for as long as 100 years.

By killing large numbers of whales, the whale hunters, first of all, damage the oceanic system. Large quantities of plankton die, while krill thrive. This ultimately harms the carbon cycle in the ocean, which worsens the problem of climate change. If that happens, Japan will also be a major victim because its territories are all islands. The accurate number of whales worldwide is not known, but scientists estimate it has dropped by between 60 to 90 percent in the past 200 years. Iceland, Japan and Norway are the only countries that now openly insist on whaling for commercial purposes, and it is time for them to give up an activity that the world agrees should be confined to aboriginal subsistence whaling.