OPINIONS What can the world expect from Biden's EU trip?

What can the world expect from Biden's EU trip? 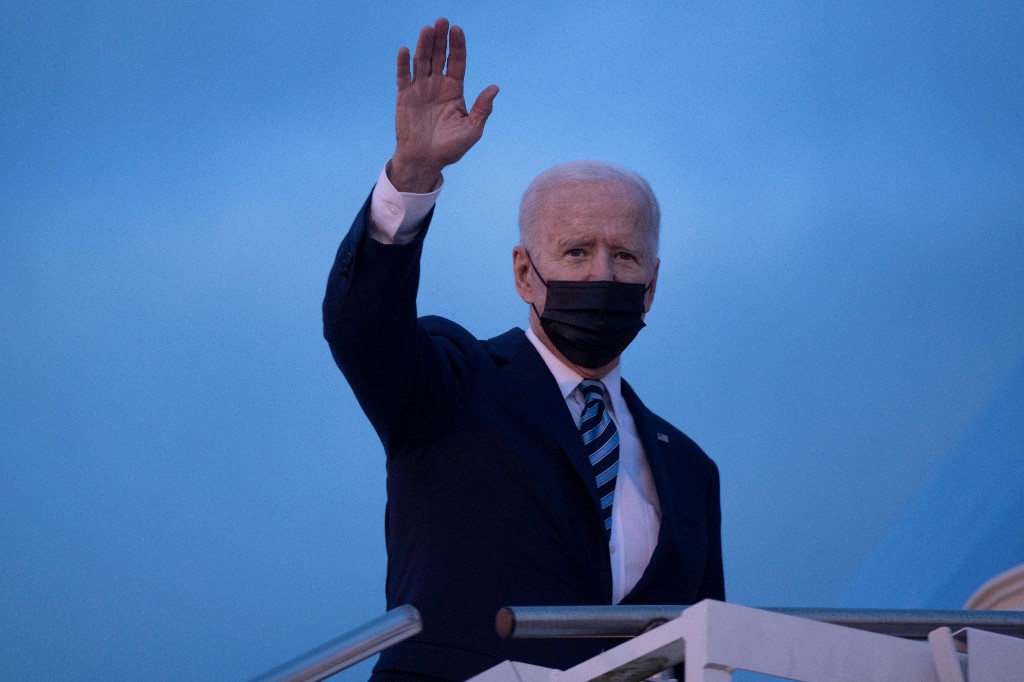 US President Joe Biden waves as he boards Air Force One prior to his departure from Royal Air Force Mildenhall, England on June 9, 2021, en route to Cornwall Airport, Newquay ahead of the three-day G7 Summit. (Photo: AFP)

U.S. President Joe Biden's first overseas trip as Commander-in-Chief is an eight-day trip to Europe that began on June 9. He'll meet with British Prime Minister Boris Johnson and the Queen as well as attend the G7, NATO, and EU Summits. The American leader will wrap up his visit by meeting with Russian President Vladimir Putin in Geneva. There are lofty expectations held of former U.S. President Donald Trump's successor, but even if he delivers on them, then that's not necessarily a good thing since his intentions aren't as innocent as many have portrayed them.

The chief objective of Biden's trip is to revive the Obama-era policy of multilateralism that Trump abandoned in pursuit of more unilateral courses of action against what he considered to be his country's rivals. This initiative has been superficially described as a so-called "Alliance of Democracies" in order to provocatively contrast it with the false perception of all other non-American-allied-countries supposedly being non-democracies. The three multilateral summits that he'll attend embody these optics. While there, Biden is expected to do his best to generate a more confident consensus on his allies' stance towards Russia and China.

The U.S. seems to have finally realized the futility of simultaneously attempting to contain these two world powers, ergo the need for a strategic breakthrough. Unlike the hopes that some held prior to his inauguration, there no longer seems to be any credible chance of a meaningful detente with China, which might explain America's pragmatism towards Russia over the past month.

Coincidentally or not, the Biden Administration then announced that it'll basically let the Russian Nord Stream II gas pipeline to Germany be constructed with only minimal sanctions against specific entities instead of sectoral ones like some had lobbied for. A few days later, the Pentagon's Press Secretary announced that his institution doesn't regard Russia as an "enemy" in an about-face of previous policy. As it surprising as it seems, one can't help but wonder whether Biden might actually succeed in brokering the American-Russian rapprochement – however incipient and slow-moving – that Trump tried so hard to do but ultimately failed.

This observation suggests that the U.S. permanent military, intelligence, and diplomatic bureaucracies ("deep state") arrived at the conclusion that such a political pivot is more closely aligned with their interests than a comparative rapprochement with China. One can only speculate upon their strategic calculus, but this insight isn't exactly a secret either since it's provoking panic in some of the Central & Eastern European countries like Poland and the Baltic States that have positioned themselves as the most politically anti-Russian in the world. Some of their experts now fear being "betrayed" by Biden as part of a grander deal between him and Putin. 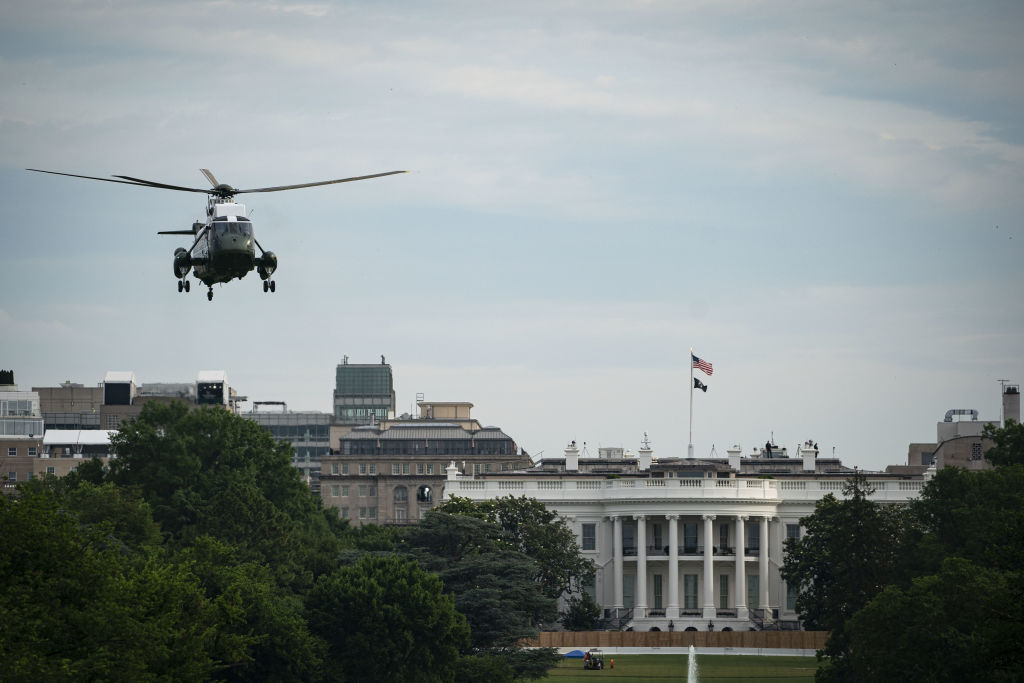 Marine One, with U.S. President Joe Biden on board, departs the Ellipse near the White House in Washington, D.C., June 9, 2021. (Photo: Getty)

There's no question that the U.S. exerts disproportionate influence over the foreign and military policies of its EU and NATO allies (which are usually one and the same), but some of them are clearly perturbed by America's seemingly changing strategic calculus, ergo the need for Biden to articulate his country's emerging policy. Be that as it may, Russian officials don't have high expectations of the summit but nevertheless hope that it'll help them better manage their fraught relations with America. The end effect of that outcome from an American strategic perspective would be that the U.S. can then concentrate more on "containing" China.

With this in mind, observers can expect the U.S. to keep up some pressure on Russia while putting more pressure upon China as it gradually emerges as the primary target of Western aggression. Biden might have difficulty convincing the Central & Eastern European countries of this, but he'll probably succeed at the end of the day since the U.S. remains the hegemonic force in that region and its top continental ally Germany has important business interests with Moscow that it wants to resume as soon as possible. Such a resumption could also in theory serve as "compensation" for forthcoming economic restrictions against China.

Slowly but surely, Biden is rebuilding the U.S. alliance network but reforming it in such a way that it begins to focus more on China than Russia. This is a work in progress which won't proceed all that fast but is nevertheless an observable trend. Much will depend on the outcome of all four summits but it appears as though Biden's trip will bear some tangible fruit. Still, observers shouldn't be misled by the media which might try to obscure this emerging strategic reality since it's still "taboo" for any U.S. leader to reach out to Russia.