OPINIONS What does Russia want from BRICS?

What does Russia want from BRICS? 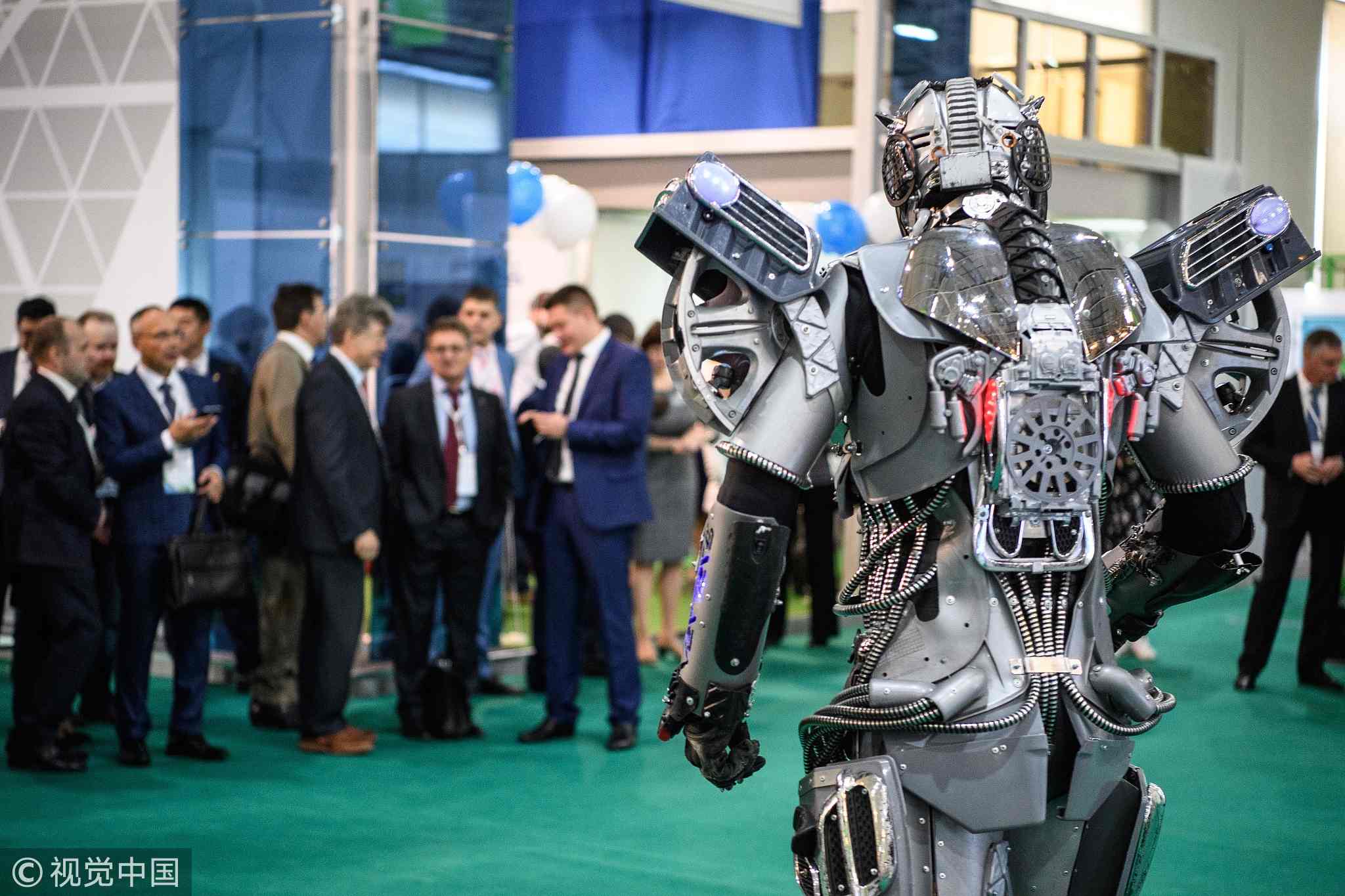 A person dressed as a robot in the Yugra-Expo Congress and Exhibition Center hosting a ceremony to open the 10th International IT-Forum with BRICS and SCO participation, in Khanty-Mansiysk, Khanty-Mansi Autonomous Region, Yugra. (Photo: VCG)

Russia, as one of the five BRICS member countries, has been playing an important role in the construction and development of the BRICS mechanism and has made great efforts in promoting BRICS cooperation.

The appeal and position of Russia in the BRICS mechanism is closely related to its national strategy for economic development and its diplomatic goals.

After being blocked out from the G8, the political and diplomatic influence of Russia is in decline. Therefore, the priority for Russian diplomacy is to make its voice heard on a new platform of international cooperation.

Russia has emphasized that with the international situation getting increasingly complicated, cooperation with BRICS will enable Russia to secure a special position in international governance and thus better facilitate its modernization.

By working together with BRICS, the negative influence of Russia’s confrontation with western countries will be eased. BRICS marks the transition from a unipolar world to a multipolar world order and helps to diversify Russia’s diplomatic policies.

Currently, Russia is in constant confrontation with western countries, which will take a long time to ease. Because the West hasn't cancelled sanctions against Russia, it has tended to turn to Asia and BRICS for more support in terms of economic development.

Russia’s participation in BRICS will not only help it fit into today’s world system but also gain more opportunities for its development. Cooperation within BRICS is of great significance for the development of Russia’s federal districts, especially for the Siberian and Far Eastern Federal Districts.

BRICS offers an important platform for policy synergy between developing countries and provides an excellent platform for dialogue. And Russia sees more potential in it – a comprehensive strategic and interactive mechanism in BRICS, addressing hot political and economic issues.

At the 9th BRICS Summit in 2017, the BRICS leaders reached 71 items and 63 outcome lists, showing support for the Astana Process, Geneva talks and establishing de-escalation zones in Syria, calling on all nations to coordinate policies to fight terrorism, and proposing the establishment of a more extensive global anti-terrorism coalition, among other issues.

All of the above aligns with Russia’s interest in Syria and its consistent stand against terrorism. This indicates that BRICS strongly supports Russia’s interests in the peaceful reconstruction in Syria. During the South African Summit, the security issue will continue to be discussed.

Russia hopes to promote international financial reform through cooperation with other BRICS countries to boost domestic economic development. Besides, cooperation in energy is also crucial for Russia, which may give the country more opportunities in global energy issues.

With the increasing influence of BRICS, Russia’s status on the international stage may also be enhanced.