OPINIONS What does Trump's 'Art of the No-Deal' mean to the world?

What does Trump's 'Art of the No-Deal' mean to the world? 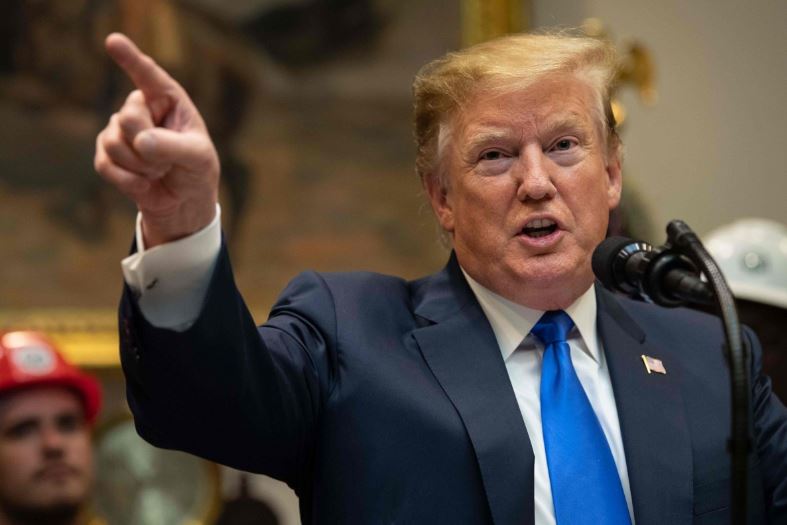 Washington (People's Daily) - Trade talks with China have stalled, a new version of the US-Canada-Mexico Agreement (USMCA) has been blocked by Congress, and the atmosphere for North Korea dialogue is different from last year.

US President Donald Trump has long claimed to be a master of deal-making, but the multifaceted foreign policy difficulties facing his government have aroused suspicion, if not sarcasm, over the so-called art of his deal-making skills.

“Maximum pressure” is an often-used tactic when Trump threatens an opponent to compromise. He used this technique again in May during China trade negotiations.

In the absence of a trade deal with China, the US would impose higher tariffs on more than $300 billion of Chinese goods leftover by previous tariff moves, Trump threatened. What happened next, however, was clear: China stood its ground and revealed no signs of backing down.

US analysts believe that using a simplistic strategy in trade talks between the world’s two largest economies is not only unlikely to work, but also have a negative impact on the global economy.

Negotiation advisor Jack Nasher warned in a Forbes op-ed, “Such a risky negotiation tactic can work well in business, but does it make sense in deals such as complex and weighty as trade negotiations? This isn’t just a mere transaction, the current trade war the US and China are facing is no less than a textbook example of a complex negotiation involving billions of dollars and millions of jobs.”

So far, the Trump Administration's move to upgrade the tariffs has drawn widespread worry from the US business community.

Recently, over 600 American companies, including retail giants like Walmart and Target, have written to Trump informing him that the trade policies are hurting their businesses.

The “walk-away” is another Trump negotiation tactic. The withdrawal from the JCPOA deal with Iran is one of the most significant foreign policy decisions made since the Trump administration was established.

Now, the deeper effects of Trump’s decision are being felt in the escalating confrontational relationship between the US and Iran. More people are now concerned about the safety of Middle Eastern oil shipments.

Europe, meanwhile, has taken an entirely different stance from Washington on Iran and is now devising ways to bypass the US financial system to continue its oil deals with Tehran.

Tom Collina, policy director of the Ploughshares Fund think tank, told Newsweek that, “now Trump is in danger of starting a war in the Middle East with Iran, which he has said he does not want.”

Trump’s aggressive approach is considered to be a “hardball” strategy, while donning on a competitive posture in an attempt to improve one’s position by forcefully crushing competitors.

The surprise announcement that he might impose an extra 5 percent tariff on Mexican goods unless the latter does more on immigration is an example of this strategy.

Mexico's first option was to negotiate and reached an agreement with Washington. Shortly afterward, Trump offered new threats and said the agreement contained provisions that had yet to be made public and still needed approval from Mexico’s legislature. If not, the US would reinstate tariffs on Mexican imports.

Clearly, Mexico does not plan to make bottomless concessions in response to Washington’s “hardball” strategy. Mexico will be ready to retaliate in kind if the US government imposes tariffs on Mexican exports, Mexican Economy Minister Graciela Marquez said recently.

While speaking before the Congress, Marquez said his government would also initiate bilateral and multilateral procedures to defend its trade interests if the US were to introduce tariffs.

Trump’s brinkmanship on the immigration issue has had another unexpected side effect.

The New Yorker’s Jonathan Blitzer argued that Trump is in a sense goading the crisis he is so determined to stop.

“The President’s constant threats of sweeping action at the border...play right into the sales pitch of smugglers in region: ‘go to US now, before it’s too late,' ” he tweeted.

Now, Trump's foreign policy, as well as his decision-making skills are being met with criticism for failing to deliver on the deals he promised

Another major concern among analysts is Trump's use of his “art of the deal” to implement foreign policy which is dealing a blow to international order and multilateralism.

Columbia University professor Jeffrey Sachs, well-known for his research on global development issues, wrote in a Project Syndicate op-ed that, Trump’s “objective reflects a neoconservative worldview in which national security reflects a zero-sum struggle among nation-states.”

Sachs went on to offer the following warning, “These views reflect the strands of belligerence and paranoia that have long been a feature of American politics. They are an invitation to unending international conflict, and Trump and his enablers are giving them free rein."