OPINIONS What holds back Myanmar's development?

What holds back Myanmar's development?

With the progress of China-Myanmar relations, the resumption of the Myitsone Dam project in northern Myanmar can be placed on the agenda of both parties. The Myitsone Dam is a hurdle in the way of China-Myanmar relations and an obstacle to Myanmar's economic development and attracting foreign investment. Both sides need to work together to resolve this. 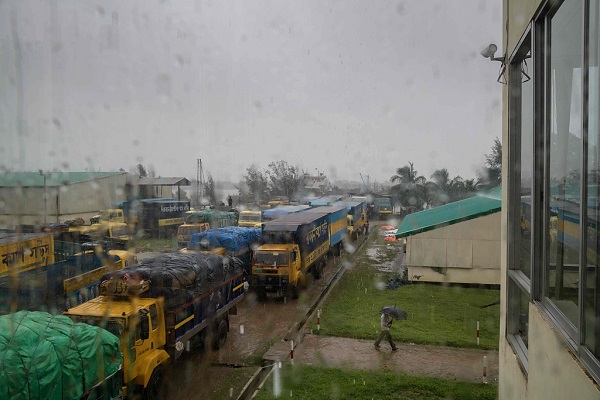 On September 30, 2011, Myanmar's ex-president Thein Sein wrote to the parliament abruptly announcing the temporary suspension of the project. The sudden move caused huge economic losses to China. Chinese companies had invested in the $3.6 billion project with a total installed capacity of 6 million kilowatts that began construction in 2009.

The stalled Myitsone Dam project is a symbol of slow economic development in the northern region in the past seven years. Compared with changes in China's Yunnan Province across the border during the same period, the contrast is stark. Yunnan, which was previously a slower-growing province of China, almost doubled its GDP per capita to nearly 35,000 yuan ($5,200 ) in seven years, making it a national fastest runner.

Another example is the China-Vietnam border region, which has become Asia's most dynamic border trade zone. The port of Chongzuo in Guangxi Zhuang Autonomous Region in China imported 1.6 million tons of fruits with a sales volume of over 7.5 billion yuan ($1.1 billion) in 2017. Along the border, several trade processing zones are rapidly developing with a growing Vietnamese work force.

There is some semblance of stability in northern Myanmar with the ethnic armed groups and government forces seeking a negotiated settlement after clashes reduced.

Together with the cease-fire negotiations and the subsequent political talks, promoting economic development benefited not only local people, but laid a solid foundation for further talks and finally helped the ethnic groups cast aside the armor and pick up the hoe.

Economic stagnation is not conducive to regional development and peace talks. Economic development fits the interests of people in northern Myanmar. A solution to power shortage in the region is therefore vital.

Only 30 percent of households in Myanmar have electricity, which is one of the lowest power supply rates in the world. But the country's potential generating capacity is 100,000 megawatts — 30 times of what it currently produces.

There are always contradictions between rapid development and environment protection, and it is usually hard to make decisions.

Because of the increase in electricity demand and the improvement in environmental technology, the World Bank has resumed financial support to hydropower stations in some underdeveloped countries. In 2015, the World Bank said that it would assist Myanmar to develop hydropower projects and help reduce damage to environment.

Going by Western media, the dam has become a problem of democracy and a threat from China. With the help of Western NGOs and even support from the US embassy, local ethnic groups used the issue as a weapon against the government and to rally against China.

The findings of some Western NGOs and environmental organizations are more politicized. They claim that the Myitsone Dam has exacerbated the conflict between ethnic groups and government forces.

This is  untrue. The fact is that the conflict between ethnic armed forces and the government is one of the main reasons behind suspension of the dam project. The construction of the dam can bring economic benefits to the area and help ease conflicts.

In fact, Myanmar's government formed a committee in 2016 to investigate environmental and ecological issues attributed to the dam. The report submitted to the government was never released. No one knows why.

The political factors that interfere with this problem must be eliminated, especially the tendency of some Western organizations to mislead. Let people know the actual role of the dam in development and how China uses advanced environmental technologies for dam building and management. Starting this process as soon as possible will facilitate further cooperation between China and Myanmar and accelerate the development of Myanmar.