OPINIONS What is behind Washington's bid to extort Seoul?

What is behind Washington's bid to extort Seoul? 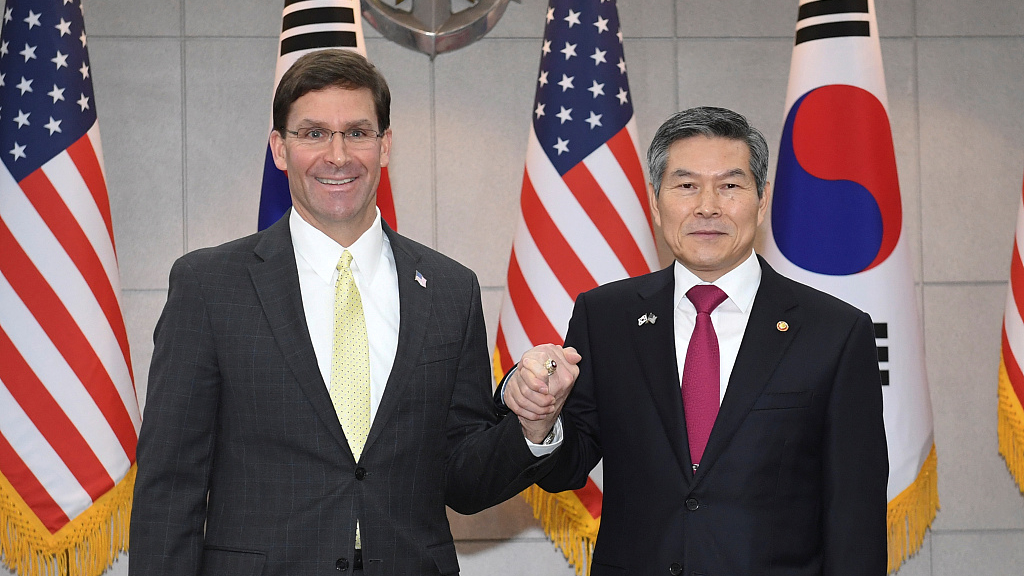 For the past few months the United States and the Republic of Korea (ROK) have been engaging in "cost sharing negotiations" concerning the presence of American troops on the Korean Peninsula. US President Donald Trump, who has persistently demanded that countries "pay more" for American defense commitments, has subsequently been waging these demands against Seoul, with CNN specifying that the President has demanded a 500-percent increase, or an additional 4.7 billion U.S. dollars paid by the ROK to Washington for its upkeep.

At first glance, it seems bizarre and self-defeating. However, there is more to the bid than meets the eye. It's a classic Trump style coercive negotiation strategy. Part of the President's demands, as set out by South Korean news agency Hanykoreh, is also to push the ROK to define the scope of the "alliance" between the two countries to move beyond the Korean Peninsula contingencies concerning the DPRK and to also lock Seoul into a series of broader regional commitments against China.

This however, deeply attacks how the ROK calibrates its national interests, with Seoul mandating a stable and productive relationship with Beijing as a neighbor and largest trading partner. Washington has long viewed the country as a mere tool in extending its own interests, and in turn is resorting to extortion. With the US also refusing to play ball on moving forward the Korea peace process, the two countries are likely to be increasingly at odds on key foreign policy issues.

Despite talks of an "ironclad" alliance, the United States does not treat the ROK as an equal partner. As per the attitude to all non-Western nations, Washington hawks, assuming the mantra that America is a benevolent savior with a designated duty to "rescue" and enlighten Koreans, believe that they know what is best for Seoul and thus must "guide" them to make the right choices. Any attempt for the country to speak on its own terms or understanding, of which contravenes the US worldview, is derided as stupidity and naivety.

As a result of this mindset, there has been an underlying sentiment within Washington that the ROK must "naturally" be opposed to China and therefore, see eye to eye with US policy on that matter. When a dispute between Seoul and Tokyo broke out over wartime Labour disputes, the response of the American foreign policy community was disbelief because they assumed the "two countries should be allying together against China" – thus there is a set belief that Seoul has to be doing certain things and following US interests accordingly.

However, it doesn't work like that. Geography is the most obvious explanation as to why the ROK is China's neighbor. The two countries have, as a result, an extensively thorough economic relationship which tilts in the ROK's favor. Seoul has a trade surplus with Beijing, exporting 596 billion US dollars to China whilst importing 471 billion US dollars. Four million South Koreans visit China every year, whilst millions of Chinese tourists head to Seoul and invest extensively in the country's high quality consumer brand goods.

This means context inevitably, authorities in the ROK prioritize a stable diplomatic relationship with China. Former ROK president Park Geun Hye was adherently pro-US, yet she also spoke Mandarin and was a friend of Chinese President Xi Jinping. Moon Jae-in's ROK has openly avoided America's "anti-China" causes. When the US demanded Seoul to ban Huawei from its 5G network, it said no. Similarly, the ROK does not participate in the "Indo-Pacific" mantra, whilst it is also a member of the Belt and Road Initiative (BRI).

Thus, reality does not meet Washington's expectations, idealizing the country as a tool. The White House is resorting to extortion to force Seoul into obligating to the wider anti-China cause. This is something the Blue House does not want. It's being done in a very Trumpian way of course, making increasingly ludicrous demands with the view of making the other side capitulate. Seoul either pays an eye-watering increase for American support at the threat of losing it outright, or it can avoid this by being coerced into a broader set of commitments it doesn't want and thus being locked into Washington's will.

As a result, we see here two allies who are going to be increasingly at loggerheads. In more than a few ways, Washington tramples on Seoul's national interests. It does not respect why they want peace with the DPRK and neither does it respect why they want a positive relationship with China. Seoul must come to the recognition that its national interests are best served not by over-reliance or dependency on Washington, but by a calibrated balance between the US and China. Therefore on this issue, it has to stand firm.