OPINIONS What is 'China's interference in US politics' all about?

What is 'China's interference in US politics' all about? 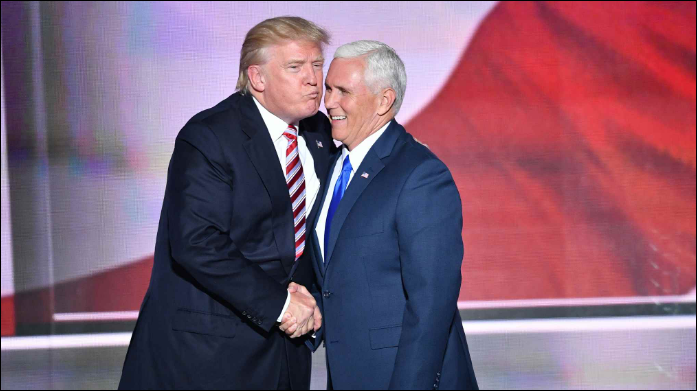 This Thursday the Vice President of the United States, Mike Pence, delivered a major speech on the administration's policy towards China at the Hudson Institute, a politically conservative think tank in Washington, DC.

The speech came at a time when the two countries' relations have been under considerable strain amid the ongoing US-China trade war and marks a further hardened US position on China.

In this 40-minute long speech, Mr. Pence went over a long list of China's misdeeds and offenses, during which, he devoted a large part to China's alleged interference in US politics.

Not only was China accused of "meddling in America's democracy," but the intensity and scope of its alleged interference was also said to be even greater than the Russians, according to Mr. Pence.

However, international media outlets, including Reuters, have highlighted that Pence failed to provide hard evidence of meddling by China.

Mr. Pence did try to back it up with some "evidence," including Beijing's tariffs policies specifically targeted at states that voted for Trump during the 2016 presidential election and Chinese media outlets' "efforts" to sway the outcomes of the midterm elections in the US.

However, it is a shame that Mr. Pence has not realized that he is only on shaky ground.

First of all, concerning China's "tariffs tactics": Let's not forget that it is the US that has initiated the trade war itself and China has simply been acting in "self-defense."

Many believe that the administration has been trying to use tariffs to pressure China into changing its so-called "unfair trade practices"; as broad as the term "interfere" has now become, one would wonder if US tariffs fall into the category of an interference in China's economic policies as well.

Another question is: while calling China out for targeting tariffs at Trump's base, why did Mr. Pence remain silent over the fact that the US' other trading partners, including Mexico and the European Union, have adopted the same strategy?

Second, regarding the accusation of Beijing mobilizing "covert actors, front groups and propaganda outlets" to shift Americans' public opinions, in his speech Mr. Pence sees it as a malicious attempt of Chinese media outlets to interfere in US domestic politics when Chinese media speaks of the economic costs of the trade war to the US or simply talk about China in a positive way in America.

It seems beyond comprehension that in a country which has long touted itself as a staunch supporter of the freedom of speech would be so quickly put on alert when a different voice emerges.

The West has largely dominated the narrative on China, which has been mostly negative. For people like Mike Pence, the alarm immediately goes off when nice things are heard in the media about China, and they amount to nothing but propaganda.

As the New York Times journalist Mark Landler put it, the speech marks "the first time a top American official has strung them together in a narrative of Chinese aggression, and delivered them so publicly."

As harsh as Mr. Pence's rhetoric goes, many political observers and journalists believe that there is more to look into in his speech.

For example, Reuters reported that Pence's accusations that China was conducting a "malign" campaign to undermine Trump raises the possibility that Trump and his aides are simply trying to deflect attention from the investigation of his alleged collusion with Russia in the 2016 presidential election and "also set up China for blame if Republicans do poorly in November's vote".

Rosita Dellios, a professor at an associate international relations professor at Bond University in Gold Coast, told Bloomberg that as the midterm election is approaching, Trump needs to be seen as a strong leader and depicting China as an external enemy definitely helps.

To sum up, the harsh stance on China seen in Mr. Pence's speech is not only used to gain seats for Republicans in the upcoming elections, but also indicates that the US has stepped up its game with China, the competition with which has expanded into a wide range of areas.

Interestingly, in order to make an even more convincing case, Mr. Pence, before laying out evidence, explained the reason why China would like to attack America's democracy – he said it is because "China wants a different American president."

In response to that, according to Chinese media outlet, Global Times, many US netizens seem to have stabbed Mr. Pence in the back stating enthusiastically, "so do we!" and "a lot of us want a different US President!"

It seems that though Mr. Pence has failed to come up with any credible evidence to back his accusations against China, he has done something good by accidentally giving US citizens an outlet to express their true feelings towards the current president.