OPINIONS What is the US really prepared to do for Africa?

What is the US really prepared to do for Africa? 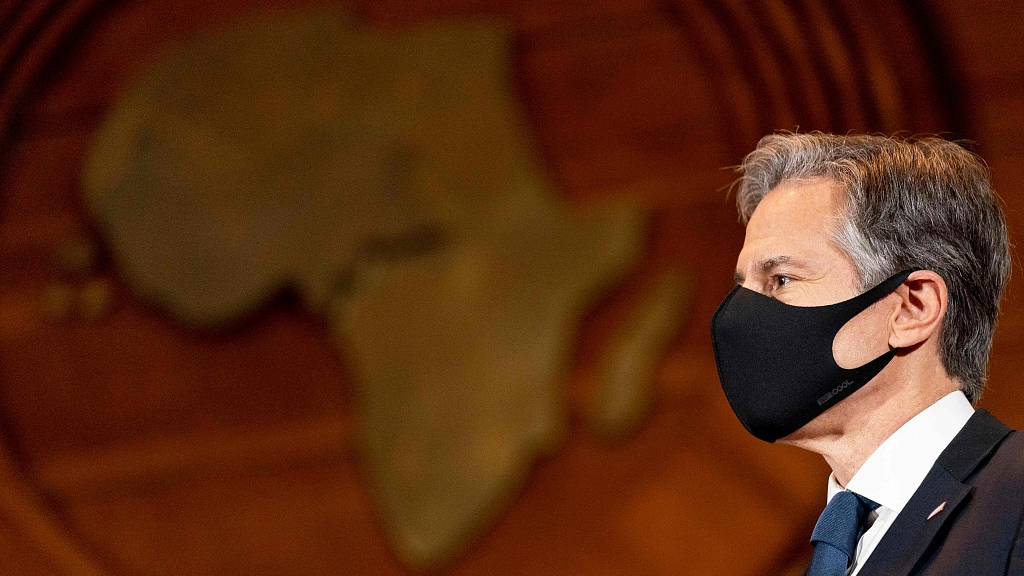 Editor's note: William Jones is the former White House correspondent for Executive Intelligence Review and a non-resident fellow of the Chongyang Institute for Financial Studies. The article reflects the author's opinions and not necessarily the views of CGTN.

U.S. Secretary of State Tony Blinken spent several days touring African countries with the message that the U.S. has not forgotten them. Many African leaders are perhaps happy with this turn of events as most people feel that the U.S. has forgotten Africa – for a very long time.

Indeed, with the demise of the Soviet Union and the U.S.-Soviet competition for allies in the non-aligned world, interest in African development was essentially left to private enterprises, which showed a great deal of interest in exploiting African natural resources, which they attempted to get a hold of at bargain basement prices, but showed little interest in infrastructure building.

China, on the other hand, which African contact dates back to the 1950s, had never lost faith in the continent. And as China began on its road to becoming a moderately prosperous nation, it didn't forget its friends in Africa, but paid special attention to African investment as a means to help them up the economic ladder. With the announcement of the Belt and Road Initiative (BRI), African development became a staple of Chinese foreign policy.

The recently published white paper "China and Africa in the New Era: A Partnership of Equals" gives a detailed picture of the beneficial results of this cooperation. While the industrialization of Africa still remains a daunting task, the tremendous results that China has had in the last 20 years since the creation of the Forum on China Africa Cooperation (FOCAC) has put them a good step along the way. And this cooperation will continue at an even higher level moving forward, according to the white paper.

In line with the Biden policy of reducing China's global influence, Secretary Blinken was hoping to lay the basis for creating an alternative to the BRI among the African nations. The new U.S. "engagement" policy with Africa is, however, clearly aimed at weaning the African countries away from their cooperation with China.

But Blinken had to tread lightly so as not to appear too "imperial" to African leaders, and to maintain the assurances that President Biden has given that they will not force countries to choose between the U.S. and China. And yet Blinken's invitation to Nigeria (and perhaps other African countries) to join the meeting of the "alliance of democracies" on November 9, an "alliance" which is explicitly designed to isolate China and Russia, is precisely an attempt to pushing countries to "take sides."

While most African leaders are not averse to having U.S. companies invest in their countries, hoping to gain from the U.S.-China competition, the view of the United States does not seem to involve a "level playing field," but rather of black-balling Chinese investment as a "debt trap" or an "inferior product." 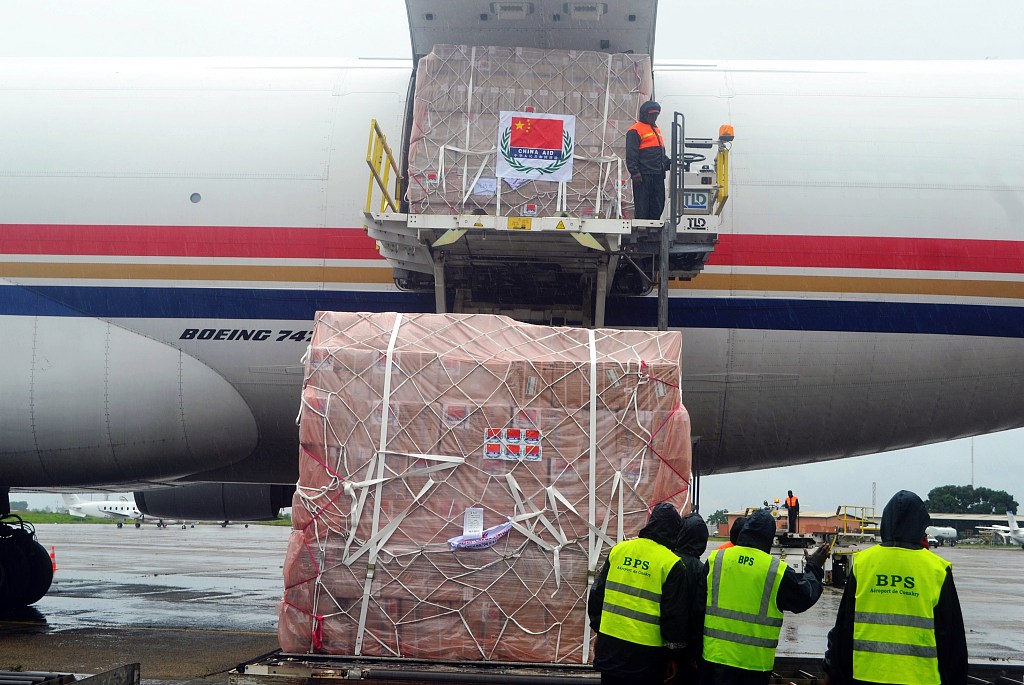 Workers unload medical supplies from China for countries hit by the Ebola outbreak from an airplane at the Conakry Airport, Guinea, August 11, 2014. /CFP

In other words, it is not a policy of "out-competing" a rival, but rather of undercutting the rival's product. Maybe it's the only way this "competition" will work since there is no rush by private U.S. companies to get involved in Africa, in spite of the new financial mechanisms created by the U.S. government to assist them.

And given the fact that even funds requested from Congress for infrastructural investment in the United States are having a hard-sell from a divided Congress, this would be even more the case for funding to build a railroad in Africa, for example.

Perhaps President Biden thinks he will gain a consensus from those other "democracies" to help foot the bill. But in the light of the outbreak of a new strain of COVID-19, it is unlikely that they would have the wherewithal or the desire to bankroll such a project simply to restore the U.S. role as a world leader. So whittling away the support China has in Africa may be the only arrow in Blinken's quiver.

But few African leaders would be prone to win U.S. support at the cost of the development capabilities offered by China. None of them wish to make an enemy of the United States so they will do everything to remain on the good side of the U.S. president. But they are unlikely to sacrifice the well-being of their own people or the tremendous benefits flowing from their cooperation with China for the sake of appeasing the United States.

The best solution for the Biden administration would be to rebuild the tattered U.S. economy and try to contribute to the well-being of the African nations to the best of the country's ability, not as some cheap "competition" with China, but as a genuinely benevolent move to assist the impoverished African nations.

It would be well to remember that the real prestige the United States won globally during and after World War II was due to the sincere intentions and humanitarian concern of our war-time president, Franklin Roosevelt, to create a better world coming out of the allied victory.

But the attempt by the Biden administration to rebuild some kind of imperial world order based on the phony narrative of "democracy" vs. "autocracy" can only be viewed with disdain by people – in Africa and elsewhere – who remember the United States during its better days.