OPINIONS What is undermining higher education in the UK?

What is undermining higher education in the UK? 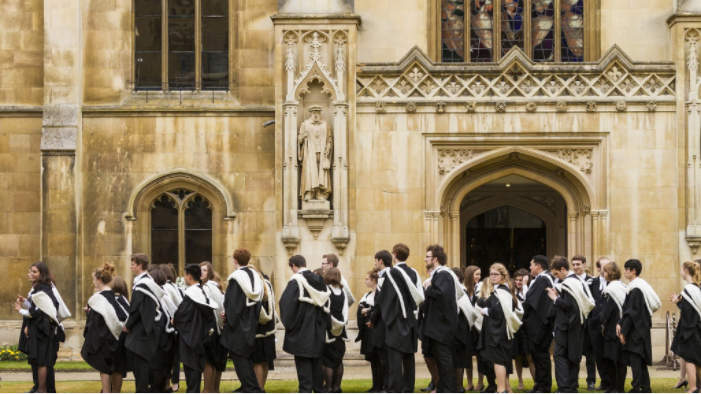 Strikes at UK universities are to continue after staff overwhelmingly rejected a revised offer on their pensions. Although British education is known for its long-standing academic tradition, recent years have seen a rise in tuition fees and a drop in teaching quality.

So has the essence of higher education in the UK changed? What are the forces or factors that have underlying such changes?

A country’s quality of education is usually correlated to its government’s expenditure in the sector. The most recent statistics show that the UK spent an average of 5.2 percent of their gross domestic product (GDP) on educational institutions (from primary to tertiary levels), the highest out of member countries in the Organization for Economic Co-operation and Development (OECD).

Tuition fees in the UK were reinstituted for full-time resident students in 1998, as a means of funding tuition for undergraduate and postgraduate certificate students at universities. Ever since, the structure of such fees has been reformed multiple times through several bills, with about 12,800 US dollars coming from government-dependent private institutions in England. Nowadays, England’s tuition fees are among the highest across OECD countries. Ninety-two percent of tertiary students receive higher education through support in the form of public loans.

Given these relatively low figures for teachers, there is the dilemma of increasing compensation, including pensions, at the cost of lowering the standards of teaching or research, or reducing it, which may lead to the dissatisfaction of teachers and other staff members. This might partly explain the outcry against pension reform.

Furthermore, it is expected that Brexit will cause a brain drain from universities. It has long been believed that national prosperity depends upon having a successful system of higher education. Would this exodus of academic talent affect UK's prosperity over the long run?

The UK has consistently attracted one of the largest populations of international students, second only to the US. Key determinants for mobility of international students include languages, historical ties, geographical distance, and political framework conditions (e.g. the European Higher Education Area). Typically, European students prefer to circulate within Europe: Eighty-two percent of them enroll in tertiary studies in another European country. The majority of these students come from neighboring countries including EU countries. EU students were allowed to travel and study in the UK without having to use study visas or Tier 2 visas as other international students must have.

But such conveniences will soon end as current EU-UK freedom of movement agreements will end in 2019. EU students, categorized as international students, have to pay higher tuition compared with their national peers; the addition of payment for visas will further increase the total costs of studying in the UK.

The Brexit effect is likely to be larger once approximately 32,000 university professors across the UK from EU nations are taken into account. These academics might also leave the UK to pursue their careers with freedom of movement and employment elsewhere.

A survey by the University and College Union shows that 76 percent of respondents are considering leaving the UK as a direct result of the referendum. What’s worse, the universities in the UK currently receive an additional 15 percent in funding from the EU, which will most likely be stripped soon.

These factors will likely discourage national talents from filling the potential gaps if they can get better career and employment opportunities in other EU countries, ultimately driving many scholars from the UK.