OPINIONS What next after a China-US trade deal

What next after a China-US trade deal 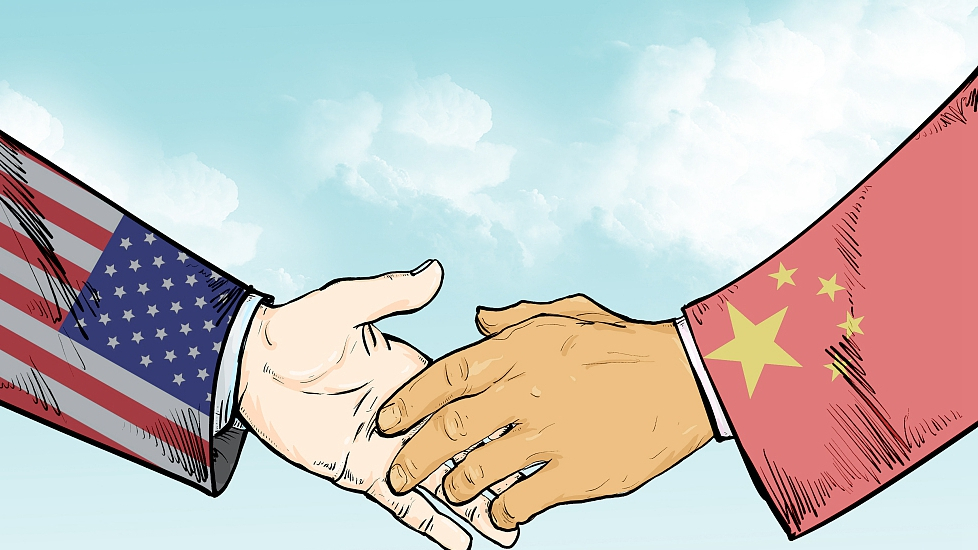 Following a positive visit of US trade representative Robert Lighthizer to Beijing on Wednesday, President Trump announced on Saturday that the US and China were on the verge of a "historical, monumental deal" in a view to bringing an end to the trade war that has plagued the two economic powers for the past year. He told reporters to look ahead, hinting: "We'll see what happens over the next couple of weeks."

Commentators were also quick to observe that despite some small outstanding differences, talks were ultimately in the "end game" and that the White House was prepared to be flexible on its demands to push it through. Further talks will take place in Washington on May 8.

With the end of the trade war potentially in touching distance, people must be wondering "what now for the U.S and China?" Whilst such a deal would be a significant progress in China-US relations in light of the events of the past 12 months, observers must be prepared to recognize that it is unlikely to shift the broader sentiment and aggravated hysteria in Washington that has emerged pertaining to China, which appears to be deeper in scope than economics.

Certainly, the US will want to see Beijing fulfill whatever it pledges in such a final deal. However, the US cannot have it both ways. If it truly wants to maximize the benefits of such an upcoming agreement and gain more meaningfully from its economic relationship with the Asian giant, the US must put an end to the hysteria that grips the political establishment and routine demonization of everything related to China.

Why are we in this situation now? There are two strands of thought to the logic of the trade war. One is that the Trump administration has successfully swayed the public and Washington as a whole that the country's economic relationship with China is unfair, imbalanced and one-sided. Whipping up economic populism in an environment of inequality, industrial decline and regional imbalances, it has been easy for the White House to utilize "sinophobic" populism to blame Beijing's economic advances for its problems.

The other strand is deeply geopolitical. Many more neoconservative leaning voices in Washington, not actually Trump himself notably, have grown to believe that China's growing role in the world is a direct threat to US values and strategic interests. These voices have little interest in the economic populism and nationalism which Trump is advocating, but want to see the US contain China and compete with it in a Cold War like theater. The trade war has served as a useful entry point for such people to pursue many of these ideas on the policy level.

Still, this school of thought has its limits. With the "economic populist" rationale in mind led by Trump, and the broader economic interests of the US at stake, Washington is necessitated to seek out a positive conclusion to the trade war, recognizing the consequences of escalatory actions.

Trump himself has been particularly persistent to achieve it. With 2020 in view, he wants to deliver serious results on his election promises. He wants to be able to claim that he's bringing jobs back to America, that China are buying more from the US and that the relationship is more equal. Thus, he's taking an agreement seriously and is prepared to be pragmatic. It would be the crown jewel of his term in office.

Nevertheless, after a deal, what happens next? The broader and geo-politically driven anti-China scope that has developed around Trump and enjoyed bipartisan support, will still very much exist. With trade out of the way, these voices, especially those present in the White House, will continue to push a coalition of anti-China stances.

They will be very eager to hold Trump's economic agreement with Beijing to scrutiny. Some of the more hawkish voices in the Republican party will be looking for excuses to say that China is cheating, dishonoring its pledges and continuing to "take advantage" of the United States. It's not going to be a deal which is signed and everything becomes rosy. Like what we have seen with the Iran deal, and Cuba deal, there will be inevitable and opportunistic challenges to it.

Given this, if the US wants to truly benefit from a trade agreement with Beijing, there must not only be words committed on paper, but also a change in the mindset. It is the basic logic of confidence and economics that such things cannot thrive in an atmosphere plagued with suspicion, negativity and accusations of treachery. A trade agreement will be great news, but there will be turbulent waters ahead. Only by challenging the prevailing Cold War mentality can its success be guaranteed.

Tha author, Tom Fowdy, is a British political and international relations analyst and a graduate of Durham and Oxford universities.