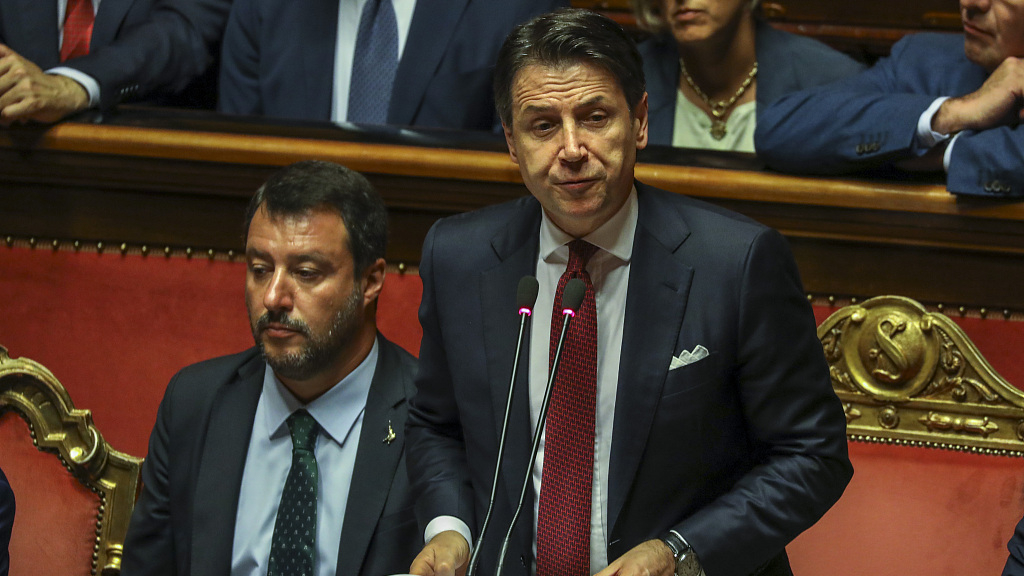 Fourteen months are how long the Italian government represented by the coalition of Lega and the Five Star Movement lasted. This government's end became official on August 20 when Prime Minister Giuseppe Conte resigned in a dramatic speech to the Italian Senate, leaving the country in political uncertainty.

It has been clear from the beginning that a coalition formed by two political parties with opposite identities and values could not coexist. The country has suffered from this situation due to a very unproductive Parliament and the government's inability to deliver what was promised during the political campaign.

As in every marriage, both parties are responsible for the break-up but in this case the responsibility for what happened has to be attributed to the populist Lega party and its leader Matteo Salvini. Populism is rising in the Western countries due to the dissatisfaction of people towards the immigration policies and has led to protectionist tendencies such as Trump's "America First" slogan, Brexit and prominence of populist parties in Italy, France, Hungary and Brazil.

The Lega party received a vote share of close to 40 percent in the European elections and this increased the ego and the confidence of its leader Matteo Salvini.

From that moment on, real leadership of the government coalition has been in the hands of Matteo Salvini who personally disagreed on every decision the government made, including the signing of a Memorandum of Understanding with China this March and traveled to Washington to meet American leaders to reassure them on the change of strategy. Italy has then started to be seriously monitored as a maverick from both a political and financial perspective.

What every Italian watched live on TV on August 20 was what really no one would ever wished to see about his own country – senators screaming, attacking each other and the display of religious symbols.

These events left no choice to Mr. Conte but to submit his resignation letter to the President of the Italian Republic Sergio Mattarella. It will now be up to Mattarella to see whether there is a chance of forming another strong coalition, and decide whether a technocratic and caretaker government should be put in place or call for a snap election.

The decision of Matteo Salvini to start a government crisis right now is really unwelcome because the instability created by his action has caused uncertainty in a country that has been already plagued by political turmoil. Moreover, the Italian government has to put together its spending plans for the new year by mid-October and the prospect of an early election has led investors to contemplate what sort of economic targets Italy will present to officials in Brussels.

The country has one of the highest public debt piles globally, above 130 percent of its debt-to-GDP, and any increase in spending could increase public debt even further. Salvini's actions now mean that it's unlikely the budget will be passed on time and the country risks financial instability and a possible VAT increase.

So what could have pushed Salvini to a crisis in the middle of summer season? During his political campaign he often mentioned his request for more power to himself in order to speed up  the reforms for the country. This is in part understandable for a political leader who made a lot of promises to his electorate but could not deliver anything in fourteen months. But the real goal that Salvini has in mind is another one.

In 2022 the mandate of the President of the Italian Republic Sergio Mattarella will come to an end and political parties are already preparing the candidates to be Mattarella's successor. The majority of previous presidents have been represented by center-left candidates and Salvini wants to be in power on time to be able to nominate the new president and later change the country's constitution.

Knowing this undeclared project, Mattarella and the representatives of the other parties are now trying to find a solution to form a strong coalition or to appoint a technocratic and caretaker government in order to avoid elections where Salvini could win because of his dangerous populist ideas.

Mario Draghi, the current president of the European Central Bank who is going to end his mandate in October, despite having a good chance to lead the International Monetary Fund replacing Christine Lagarde, has declared that he is ready to go back to Italy and could possibly be brought in as the prime minster.

This is what every Italian who loves the country wanted to hear. Draghi is the kind of leader that Italy requires now, being well respected both domestically and internationally, and he is probably the only one who has the power to unite the whole country against a populist strongman called Matteo Salvini.