OPINIONS What’s the US role in Australia’s push to partially decouple with China?

What’s the US role in Australia’s push to partially decouple with China? 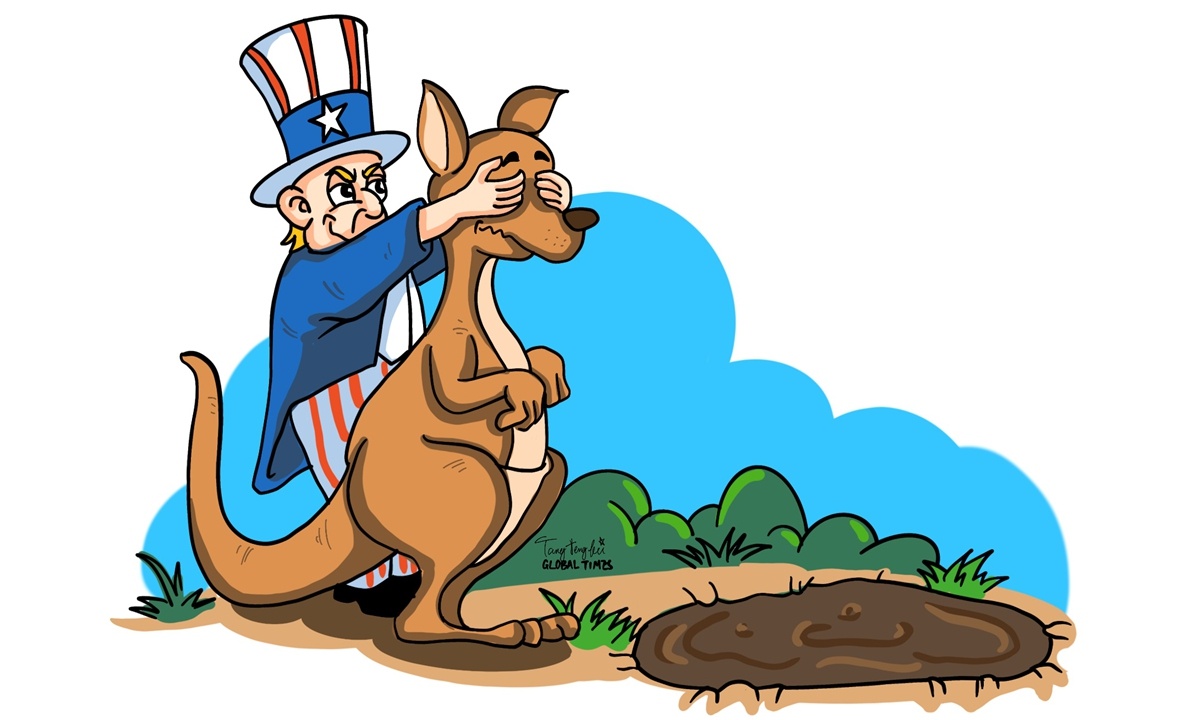 Amid the spiraling downward China-Australia relations, a senior Australian diplomat recently weighted on the trend by claiming that the country has prepared to bear the economic costs of confronting China, its largest trading partner.

The view on China-Australia relations was expressed by Arthur Sinodinos, Australian ambassador to the US. Canberra's position on China means the nation faces "a bumpy time for a while," local news outlet The Australian reported, citing the ambassador.

Sinodinos publicly talking about the relations between Australia and a third country indicated that Canberra's changing diplomatic policy toward China was a consensus and even a deliberate plan with the US, rather than an independent strategy.

As a member of the Five Eyes, Canberra has been the most active one to follow and execute Washington's war cry to antagonize China, as well as strive to economically disengage with China. For instance, the country has blacklisted Chinese telecom carriers Huawei and ZTE from its 5G construction projects, and has been relentlessly heightening scrutiny over Chinese investment.

Bilateral economic and trade ties have been inevitably impacted as the Morrison administration's animosity toward China soars. Per data from China's General Administration of Customs, Australia's exports to China slumped by nearly a quarter year-on-year and a fifth month-on-month to reach 61.76 billion yuan ($9.04 billion) in August - the sliding trend of bilateral trade has shown, and will become more prominent if Canberra continues deteriorating its ties with China.

However, Australia was not intended to cut its ties with China entirely. As an export-oriented country enjoying decades of economic growth alongside China's rapid development, its supply of iron ore and other sources has contributed a lot.

Since China has been the only major economy demonstrating effective and fast economic recovery from the fallout of the COVID-19 pandemic, Canberra may believe that the shipment of its vital product iron ore to China would not be hindered much and will remain robust despite worsening relations.

The overall Australia-China relation was subjected to Australia-US ties in the perspective of Canberra. With the Trump-led US viciously upholding its policy to suppress the development of China in order to maintain its hegemony in the world, it is highly likely that Australia will stick to its current strategy to further exacerbate its tensions with China and facilitate the US.

Despite the fact that the country has just recorded its first recession in nearly 30 years amid the pandemic and a hostile bilateral relationship with its largest trading partner will cool down its exports, the Morrison administration has committed to joining hands with Washington at cost of its industries such as agricultural and education sectors - which could not bring as much losses as that of iron ores.

Essentially the skewed diplomatic policy of Canberra was drawn by interest since the US' hegemonic status could facilitate Australia to be a regional power, although it needs to bear economic losses from China. And since a reversal of the worsening China-Australia relationship may not emerge in the short term, it might just as well let the trend develop, and what cost will Canberra eventually bear will be clearly visible, and then a reversal of the policy will be natural.

The author is a chief research fellow at the Research Center for Pacific Island Countries at Liaocheng University. bizopinion@globaltimes.com.cn