OPINIONS What signals have the latest Sino-US trade talks sent?

What signals have the latest Sino-US trade talks sent? 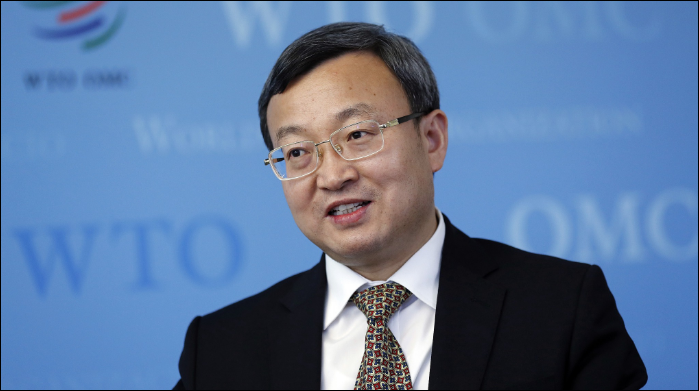 The latest round of trade talks between China and the US concluded on August 23. On the same day, the US enacted 16 billion US dollars in new tariffs on Chinese goods, which was immediately matched by China with retaliatory measures of the same scale. The slaps did not derail the talks.

After the talks, the Chinese side issued a press release:

"At the invitation of the US side, Wang Shouwen, Vice Minister of Commerce and Deputy China International Trade Representative, led the Chinese delegation to Washington from 22 to 23 August and had constructive and candid discussions on economic and trade issues of mutual concern with the US delegation headed by David Malpass, Under Secretary for International Affairs at the US Treasury Department. The two sides will maintain contact for next steps.”

"We concluded two days of discussions with counterparts from China and exchanged views on how to achieve fairness, balance, and reciprocity in the economic relationship, including addressing structural issues in China such as those identified in the Section 301 report. We appreciated the Chinese delegation coming to the United States to participate in these meetings. The US delegation will be briefing their principals on the discussions.”

One: Both sides were open to the talks.

The Chinese statement starts with “at the invitation of the US side,” exactly the same opening as their statement issued on August 16 when the Chinese side announced that it would go to Washington for the talks. The invitation was not merely a matter of diplomatic courtesy; rather, it demonstrated a subtle change in the attitude of the US.

The harsh reality shows that no one will emerge a winner from a trade war. If the trade war escalates, both sides will pay even higher prices. At the USTR public hearings on plans for more tariffs against China, the attending US companies almost unanimously called for ending the trade war.

Returning to the negotiation table is the only wise thing to do. The US, therefore, made a special remark in their statement, “We appreciated the Chinese delegation coming to the United States to participate in these meetings,” in which “appreciated” reflects some positive sentiment of the US side.

In addition, according to Western media reports, two senior US officials, who spoke on condition of anonymity, said that Trump is closely following the progress of the trade talks and that he is open to contacts between US officials and their Chinese counterparts. In other words, Trump, while wielding the stick, still wants to see discussions.

Two: The talks may not have been easy.

In the Chinese statement, there are two keywords: constructive and candid. “Constructive” means that both sides were very positive and wanted to make some breakthrough. “Candid,” despite the positive tone of the word, implies that the two sides may have been more blunt than polite, have stuck firmly to their respective positions, and have struggled to persuade the other side. In other words, the talks were positive but intense.

The US statement also suggests that the US side continued to exert pressure on China and raised “structural issues in China such as those identified in the Section 301 report.” The Chinese side, of course, would not readily surrender to the US demands. This round of talks reflects China’s commitment to its principle and stance: China will not tolerate any violation of its core interests, any trade bullying, or being forced to swallow any bitter fruit.

As lessons of the first three rounds of talks indicate, even if a consensus was reached in this round, whether the US side can live up to its words remains a question.

Three: There will be further talks.

The Chinese statement concluded with “the two sides will maintain contact for next steps,” while the US statement ended by saying “the US delegation will be briefing their principals on the discussions.” In other words, the two sides are still taking stock of the outcomes of the talks and need to report to the higher authorities while maintaining contact for next steps. The negotiation is going to be a long, tough tug-of-war, and may involve both good times and bad.

This round of talks was the first face-to-face US-China meeting since early June. However, after all, this round of talks was only at the vice-ministerial level, and both sides were very cautious and had a better knowledge of the difference in their positions, given the fact that Trump had backed away from the agreement from previous negotiations.

Therefore, to achieve a real breakthrough in the negotiations, the two sides must have further engagement and even higher-level communication, which will be a test of wisdom, determination, and courage of the decision makers on both sides.

But some principles and positions will remain unchanged. Before going to Washington for the talks, the Chinese side reiterated that it welcomes dialogue and communication on the basis of reciprocity, equality, and integrity. Apparently, “integrity” speaks volumes. The Chinese side may still have some misgivings about the integrity of the US side.

Negotiation, an “art of compromise,” is the essence of the talks. “The point is that you can’t be too greedy,” as Trump said in his book "The Art of the Deal."

A man who is never content is like a snake trying to swallow an elephant. In this world, we have seen too many countries worse off because of greed. I hope the US is not one of them.