OPINIONS What the Hanoi result means for the world

What the Hanoi result means for the world 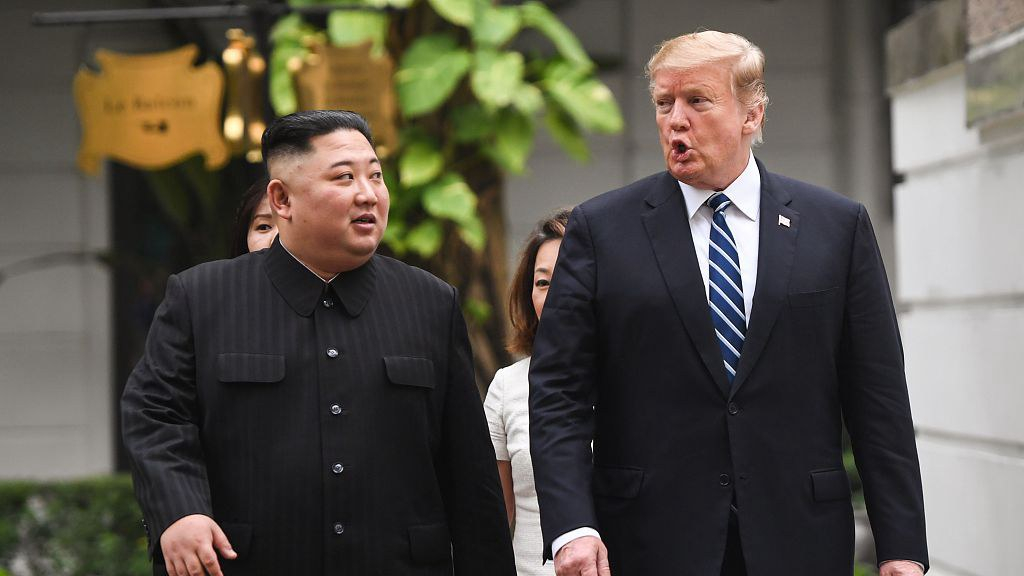 US President Donald Trump just met with Democratic People's Republic of Korea (DPRK) leader Kim Jong Un in Hanoi, Vietnam on February 27. Unlike the optimistic forecast, the summit failed to reach an agreement.

"No agreement was signed in the summit, mainly because the requirements put forward by both parties are beyond the limits of what each is giving and promising at present. From the current press conferences, both sides have different understandings of some issues, and different bottom lines are thus exposed in their respective statements. The US press conference said that the "DPRK wanting the US to immediately lift all sanctions" broke the bottom line, but the DPRK firmly denied it," Wang Peng, an associate research fellow at the Chongyang Institute for financial studies at Renmin University told CGTN.

What does the summit mean to the related countries?

As for the US, the summit hasn't had much of a negative effect on the country itself. Although Washington failed to persuade Pyongyang to accept its denuclearization deal, the sanctions on the DPRK are still in the works. In other words, the US is still an active player in the region because of the sanctions.

But it does strike a blow to Trump himself. As he enters 2019, Trump is facing lots of domestic pressure. The US government shutdown has left him in a bad position, and Congress continues to investigate the possibility of inappropriate connections between him and Russia, all of which is hard to respond to. Trump originally hoped to put the meeting with Kim to good use and divert attention from the bleakness of his situation and refresh his image.

However, the discouraging result of the Hanoi summit upsets his apple cart. Looking ahead, the summit's result creates a favorable environment for his opponents to criticize his diplomatic policies.

The summit is both beneficial and detrimental to the Democratic People's Republic of Korea (DPRK). The good thing is the DPRK has not yet lost its core interests. Next time, when negotiating with the US, the DPRK will retain its status as an equal partner in nuclear talks. But on the other, the DPRK did not achieve its goal of lifting sanctions imposed by the US, which is unfavorable for their economic development and will disturb Kim's plan for economic recovery.

The DPRK woke up to the importance of prioritizing economic development last year. Although there are many factors holding the DRPK's economy back, the biggest obstacle of all is America's sanctions. The sanctions deprive the DPRK of opportunities to trade with the US and its allies, which is a significant amount of countries. What's even worse, the sanctions restrict the DPRK's ability to innovate, therefore the DPRK must tackle the issue next time.

Given the high expectations before the summit, the result seems to be a bit frustrating to the ROK. The country is more than happy to see the improving US-DPRK ties. For economic reasons, the ROK is determined to create an international environment that is helpful to their economic development. For political reasons, the south is eager to build a closer tie with the north. In order to pursue the mission, better U.S-DPRK ties are needed. However, the clashing points of view between the US and the DPRK regarding denuclearization and sanctions have struck a blow to Seoul's ambition.

For China, this US-DPRK summit proved China's importance in the denuclearization of the Korean Peninsula. China has always been committed to the denuclearization of the peninsula and contributed to regional and global peace. As nothing was achieved in the summit, further talks between the US and the DPRK seems necessary and urgent, and China will become a more important mitigator.

Although the result of the summit went against the originally optimistic expectations, it doesn't dampen the importance of it. Despite their divergences towards some issues, both Washington and Pyongyang put their best foot towards the regional peace. There are still high expectations for their next meeting.