OPINIONS What the world should look like in post-virus era

What the world should look like in post-virus era 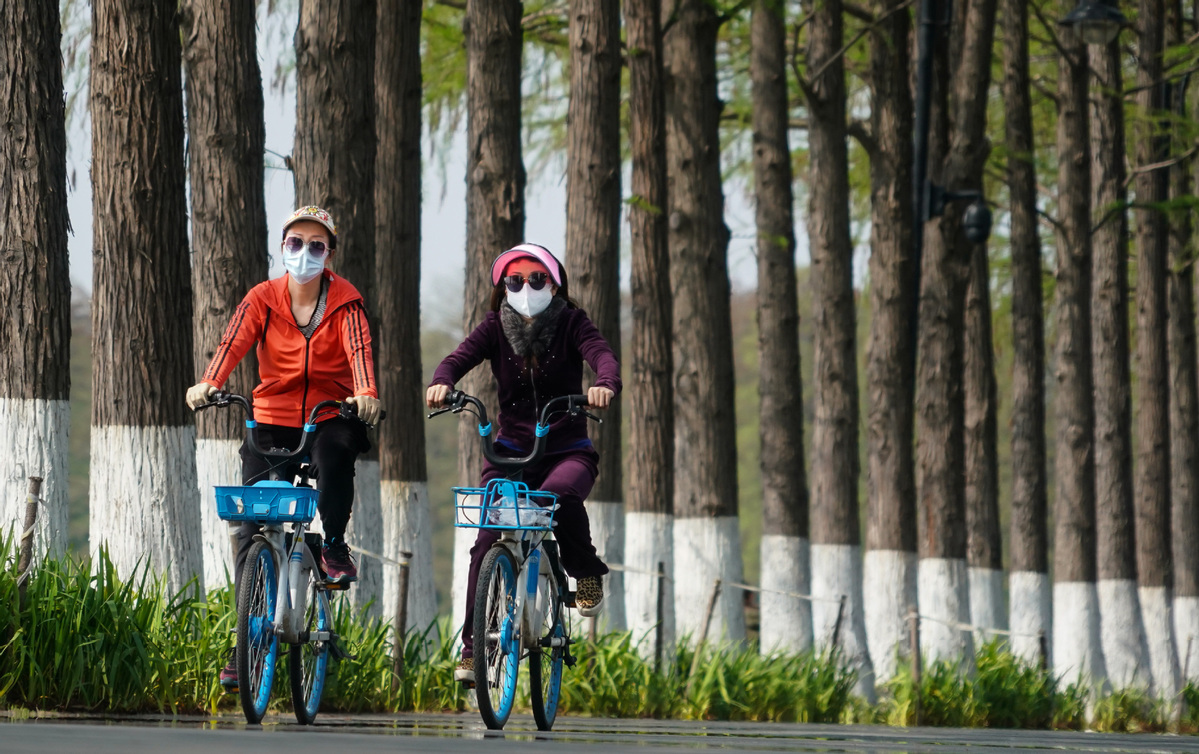 Public health has become the biggest global concern because of the novel coronavirus pandemic. By Wednesday, the number of confirmed cases across the world exceeded 2 million and the death toll was more than 130,000.

Worse, many countries have still not been able to conduct enough tests and contact trace people to assess the actual number of infections for lack of medical supplies, especially test kits.

Yet, despite the hue and cry, and the accompanying accusations, China has largely contained local transmissions. Since China first encountered the outbreak, it more or less fought the virus alone and suffered a lot, but at the same time it also learned how to contain the outbreak and conducted thorough research on the virus. China did get help from some other countries and international organizations, but it also shared its experience of fighting the virus with the World Health Organization and other countries, which helped the latter to work out strategies to contain the virus.

Chinese officials also increased communication and coordination among the stakeholders at home and abroad, a move that was widely appreciated.

Since the novel coronavirus was identified just more than three months ago, no country or institution should jump to conclusions about its origin, characteristics and mutation possibilities.

That is exactly what China did－displaying exemplary scientific temperament－and after largely containing the virus at home, it extended a hand to countries in need, from Nepal to Nigeria, Pakistan to the Philippines and Italy to Iran, and many others, by dispatching medical supplies and/or expert teams to them.

But the news from the subcontinent isn't promising, as fears loom large that India, the second-most populous country in the world, is likely to become another hotbed of infections because the Indian government was slow to respond to the virus threat and has tested far fewer people than necessary. On the other hand, despite succeeding in flattening the curve, Japan is under a month-long state of emergency to check the rising number of infections.

Against this backdrop, the global public health crisis will result in massive unemployment which will increase poverty and social disorder, reduce industrial outputs, and cause serious setbacks to both the demand and supply chains. In its annual economic report, the Asian Development Bank has already forecast the cost of the "worst pandemic in a century" will be as high as $4.1 trillion, or 4.8 percent of global GDP.

The tourism industry in most countries is idle. Grassroots people and lower middle-income groups have become more vulnerable. The measures to prevent and control the spread of the virus, including restrictions on the movement of people and vehicles, have forced the closure of many enterprises for long, which in turn have prompted many enterprises, including multinational corporations, to lay off workers. This means the pandemic will bring about a sea change in the job market.

Migrant workers all over the world and many students abroad－who work part-time or full-time by disguising their real identity－would bear the brunt of the virus, as many of them could lose their jobs. The flow of workers could reverse, with more and more people returning from their country of employment to their country of birth, redefining the dynamics of international and intranational migration. The small economies that rely partly on remittances from people employed abroad will be severely affected because of the diminishing amount of remittances, and thus face more uncertainties.

The coronavirus pandemic is an unexpected global crisis, but the bitter reality is that the world may encounter similar emergencies in the future. Which means we should prepare in advance to deal with such crises. Facing this grave crisis, all countries, big or small, need to rise above their differences to join hands in order to contain the virus－as no country can be safe until all countries are safe－and start the long journey of economic recovery.

And since China has the experience of largely containing the virus at home, it can play a key role in leading the global battle against the pandemic and keeping all the countries united even in post-coronavirus era for the greater good of humanity.