OPINIONS What will define China-US relations in next 10 years?

What will define China-US relations in next 10 years?

While the world celebrates the consensus between China and the US in calling a truce to their trade spat, international scholars are debating whether the next 10 years of the most important bilateral relations in the world will be defined by conflicts, as shown in their trade war, or their efforts to conquer them. 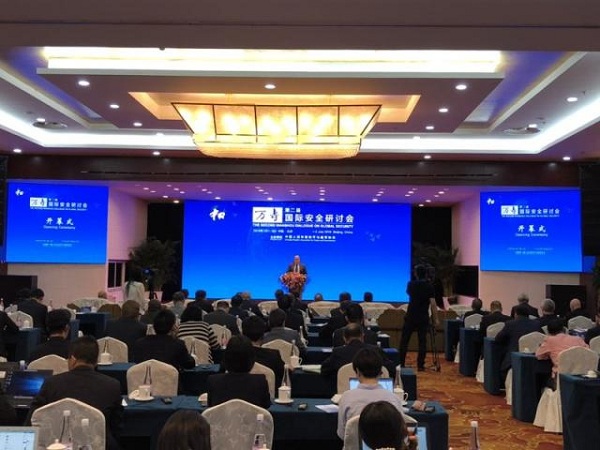 Participants attend the second Wanshou Dialogue on Global Security, which was held in Beijing on July 1-3. (Photo: Global Times)

For Martin Jacques, a senior fellow with Cambridge University, the China-US relationship was relatively stable for the past 40 years, but that time is over and the reasons are fundamental.

The relationship will be defined by tensions and conflicts for the next 10 years at least, until the US accepts the fact that China is in an equal position with it and that the US is no longer the exclusive No.1 country in the world, Jacques told the Global Times.

"The time of the US as unipolar is over, and we are already in the bipolar time now, but we should not underestimate how difficult it will be for the US to change," said Jacques. Just as the UK cannot let go of its glorious past, the US, as an exceptional power, also finds it difficult to reset itself as it goes into decline, he said.

However, for Douglas Bandow, a senior fellow at the Cato Institute and a special assistant to former US president Ronald Reagan, there are still too many uncertainties to draw this conclusion.

The governments have seen the danger of conflicts and they are willing to compromise and work seriously to address them, he said.

For some scholars, the two big powers must, and will survive this period of conflict, as the price for not doing so is unacceptably high.

"Though China and the US are not born to be partners, they are not born to be enemies," said Zhao Suisheng, professor and director of the Center for China-US Cooperation at the Josef Korbel School of International Studies, University of Denver.

"The rise of China has woken up the competitive DNA of the US. It is impossible for the two to enter a Cold War era, like the US and the Soviet Union did during World War II," said Zhao.

Their interdependency is profoundly strong and the world cannot be split into two camps now, as other countries do not want to, and don't have to choose sides, Zhao said.

Echoing this view, David J. Firestein, the inaugural executive director of The University of Texas at Austin's China Public Policy Center, said the US cannot separate its future from China and the American Dream cannot come true without China.

China also needs a healthy relationship with the US, and they should not "demonize" each other, he said.

The scholars are in Beijing for the Wanshou Dialogue on Global Security from Monday to Wednesday. The event was also attended by government officials, renowned security experts and representatives of peace organizations from more than 20 countries.

Under the theme of global security in the context of major changes, the dialogue is hosted by the Chinese People's Association for Peace and Disarmament.

While the US created, and is now "destroying" the current global order that upholds multilateralism and globalization, scholars are also debating whether the world is waiting for a new order, and what China's role is in this process.

For Jacques, the new order will not come in a short period of time, at least not in the next 20 years, though the old one is weak and no longer sustainable.

"A new order is in some way pregnant within the Belt and Road idea," said Jacques, pointing to the scale of the initiative, as well as the ideas it represents, such as win-win, cooperation and raising the living standards of poor countries.

In order to deliver the results of a successful new order, the initiative should also include more multilateral-level involvement, which is already happening in terms of China's commitment to multilateralism, as well as the participation of more big powers, said Jacques.

For Timofei Bordachev, director of the Center for Comprehensive European and International Studies at the National Research University Higher School of Economics, the current situation is more about how to overcome the "disorder" and repair its negative consequences.

Under these circumstances, China has been a huge contributor to world stability and development, especially with the Belt and Road Initiative, he said.

"This is the first time in contemporary history when developing nations have an alternative for their development resources to those which are supported and dominated by the West," said Bordachev.

"So China helps to make the world more democratic in terms of offering more choices for developing countries of Asia, Latin America, Africa and Eurasia," he said.

Danisa Khumalo, director of the Denis Hurley Peace Institute in South Africa, noted that what matters for Africa, a continent that is home to more than 50 nations and a population of more than 1.2 billion, is that it deserves to have a bigger say in global governance.

The mission is more feasible in a new order that is not dominated by one country and in which everyone can sit down and talk as equals, Khumalo told the Global Times.