OPINIONS When can China become a global leader in robot development?

When can China become a global leader in robot development? 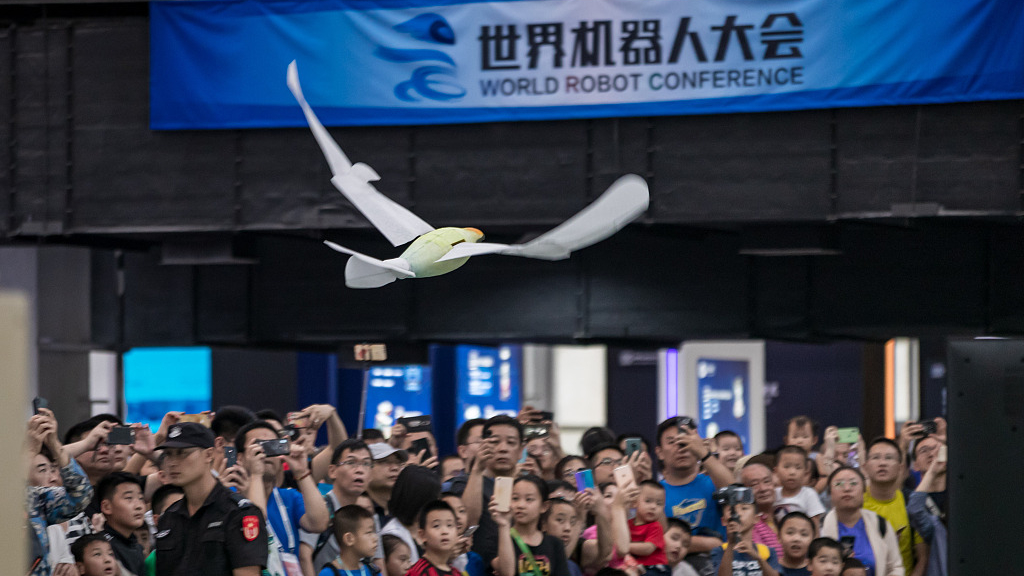 The highly anticipated Fifth World Robot Conference (WRC) is taking place from August 20 to 25 in Beijing, China. The event provides a chance to showcase this year's advances and innovations in robotics to over 800,000 visitors. Over 700 robotics exhibits in 21 sectors are on display, along with hundreds of key-note speeches given by leading industry experts.

Over the past several years, China has made a large push to develop its robotics and AI industry. Through initiatives such as Internet Plus, the Chinese government is hoping to quickly grow China's domestic hi-tech industry to contend with other high-tech manufacturing economies such as South Korea and the U.S.

The Internet Plus initiative lays out a five-year plan focused on creating the ideal environment to foster innovations, particularly in the areas of manufacturing and robotics. The plan was put forth in 2015 to modernize China's manufacturing industry by encouraging the integration of big data, cloud computing, and the Internet of Things to reform existing modes of production. The Chinese government outlined some of the main goals of the initiative, including increasing funds dedicated to research and development, and promoting business development and innovation.

The initiative has had positive results, with increased spending, generous subsidies, and favorable policy all lending to this trend. However, while China now installs more robots than any other country, most of the core parts are not developed domestically. In fact, only about 30 percent of robots purchased by Chinese companies in 2018 came from domestic sources.

The hope is that through innovation fostering plans, China can reduce dependency on foreign robot imports in favor of home-grown core technologies developed domestically. The objective is to increase the percentage of home-made robots to 50 percent in 2020, and then 70 percent by 2025.

However, this is easier said than done. Robotics is a very complex field that requires an extremely deep knowledge base. Core components are often immensely complex, and demand very specific skills set to develop and manufacture. The entrenched foreign robotics and AI companies took decades of research and development to arrive at where they are now.

As some experts have noted, the issue is that initiatives like Internet Plus put too many resources into developing applications as opposed to fundamental research and academic collaboration.

While leading the way in terms of the applications of AI and robotics, China lags in fundamental theory and talent when compared to other leading high-tech nations. Most Chinese robotics companies focus on integration of existing robots instead of innovating and developing core components themselves.

As Martin Wang—a Shenzhen-based robotics engineer—said in an interview with the South China Morning Post regarding the complexity of core robotics components, "But we failed and could not even re-assemble and restore [the robot's] function because it's not simple – it takes technological know-how and talent accumulated over decades."

Clearly, if China is to reach its lofty goals, there needs to be much more effort directed into basic research and cultivating homegrown talent. The process of researching and developing core technologies is a marathon, which will require a large collaborative effort between academic institutions and industry.

Despite these challenges, it is still possible for China to become a global leader in robotics innovation and production. Whether this will happen by 2025 depends on how many resources are devoted to furthering foundational research. Universities will also need to play a role by introducing more robotics programs to help build the talent pool. The good news is that China's spending on research and development has been on the rise in recent years, which should help attract more experts, and deepen the collective knowledge base. If this trend continues, China could very likely reach or even surpass other high-tech nations in robotics and AI innovation in the coming decade.

In any case, the pace at which China has introduced automation has exceeded that of any other economy, which is encouraging. Each year, the World Robotics Conference shows the leaps and bounds China makes in the field of robotics applications, and this year's event will no doubt showcase continued progress.