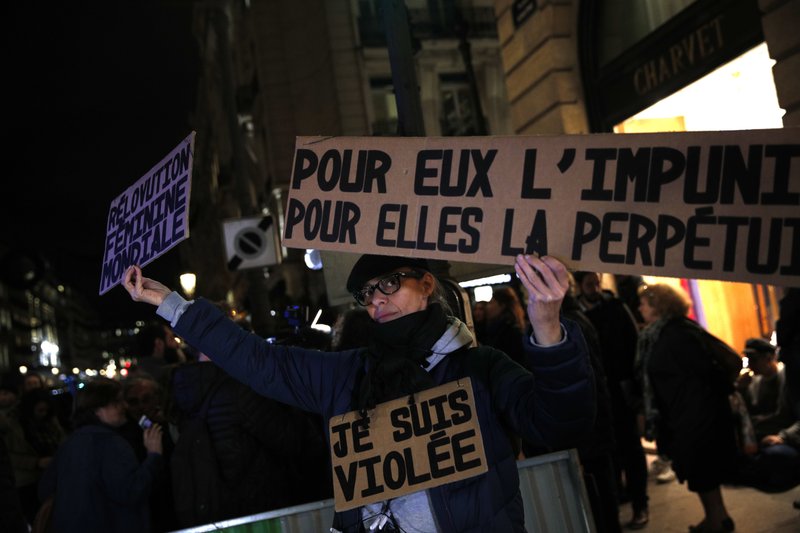 Is a 13-year-old old enough to agree to sex with an adult? That’s a question France is asking as the government prepares to set a legal age for sexual consent for the first time.

Twice in recent weeks, French courts have refused to prosecute men for rape after they had sex with 11-year-old girls because authorities couldn’t prove coercion. Amid the public disbelief over the situation, the French government is drafting a bill to say that sex with children under a certain age is by definition coercive.

Justice Minister Nicole Belloubet provoked consternation among feminist groups Monday by saying a legal minimum age of 13 for sexual consent “is worth considering.”

Activists staged a small protest Tuesday in central Paris to argue that the age of consent should be set at 15. Protesters waved placards that read “for him impunity, for her a life sentence” in reference to the recent cases.

“We want the law to guarantee that before 15 there can be no concept of consent,” prominent French feminist activist Caroline de Haas said.

“I don’t know why (Belloubet) said it,” added Alice Collet, a member of the National Collective for Women’s Rights. “It’s a sign of ignorance of the issues.”

Establishing a legal age of consent is one piece of a pending bill to address sexual violence and harassment in France. The subject of sexual misconduct has drawn fresh attention worldwide since rape and sexual assault allegations were made against Hollywood film producer Harvey Weinstein.

“In America with the Weinstein fallout, there have been legal investigations. But here it has been radio silence from politicians,” said de Haas.