Abraham Lincoln once said a most famous triplet -- three fundamental precepts he believes should undergird American democracy -- "government of the people, by the people, for the people". 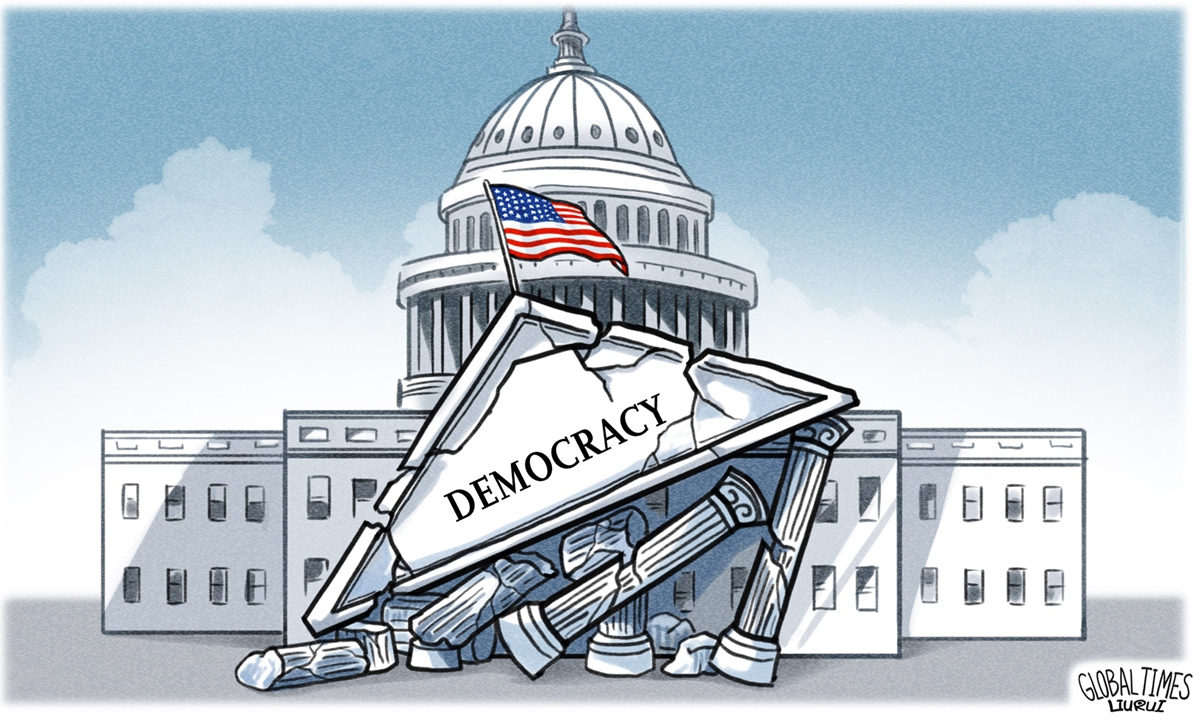 Three decades later, Ohio senator Mark Hanna also said something remarkable about American democracy -- "There are two things that are important in politics. The first is money and I can't remember what the second one is."

More than 100 years on, which description has won the day is already a settled debate. American democracy, exercised in one highly priced election after another, is now an out-and-out "game of money politics".

US elections have always been expensive, but the 2022 midterm elections still stand out as the most extravagant in the country's history.

According to OpenSecrets, a Washington-based nonprofit tracking the flow of political contributions in the US, total spending in the jostle for federal seats and state offices during the elections exceeded $16.7 billion. Not only is the 2018 record of $14 billion smashed. This amount also eclipses the 2021 GDP of more than 70 countries. In particular, the senatorial race in Georgia, Pennsylvania, Arizona, Wisconsin, and Ohio averaged more than $200 million each.

Where did the money go?

Statistics from US Federal Election Commission show candidates were quite liberal with their funds. Apparently, tickets to go-kart races and a whimsical buy at an airport souvenir store, among many others, were considered a worthy use of money.

Lincoln believes that in order to govern, one should first have the consent of the governed. Yet today, Americans are not actively choosing the candidates they want, but are forced to settle for one of those who are either rich enough or can mobilize riches to be in the ring.

Governor of Illinois J.B. Pritzker, a billionaire himself, reportedly splurged more than $150 million for his campaign.

In the 2022 midterm elections, more than 90 percent of the candidates outspent their way to senatorship. This was true for 95 percent of the elected in the House.

Surely, the millions of dollars pouring in are not charity. As investments, they are expected to bring returns for their contributors, especially the top 1 percent of the population who control over 90 percent of the nation's wealth. According to The New York Times, 15.4 percent of the total political contributions to the 2022 midterm elections came from the super-rich. In addition to direct funding, the wealthy elites can also shape the political agenda with the "dark money" they raise through super PACs, which are independent expenditure-only political action committees.

Leading American economist Paul Krugman opines, "Huge disparities in income and wealth translate into comparable disparities in political influence." Pointing to the paradox between soaring income inequality and policies that continue to lead to falling tax rates on corporations and high incomes, crushed unions, and a minimum wage even lower than in the 1960s, he concludes, "America is less of a democracy and more of an oligarchy than we like to think."

In an oligarchy, corruption is endemic. Nancy Pelosi's husband has been found to make trades that coincide with major congressional decisions. During his wife's tenure as House Speaker, Paul Pelosi's investment returns averaged a stunning 56 percent.

From elections to lawmaking and governance, the greenback is oiling all parts of the hefty political machine in the US. Amid its thundering roar, the voice of the ordinary becomes inaudible. Political scientists Martin Gilens of Princeton and Benjamin Page of Northwestern University conducted a study titled "Testing Theories of American Politics: Elites, Interest Groups, and Average Citizens." Their conclusion was: "Economic elites and organized groups representing business interests have substantial independent impacts on U.S. government policy, while average citizens and mass-based interest groups have little or no independent influence."

Money politics is shutting out ordinary American people from democratic processes. Like a tumor, it is sucking the soul out of American democracy. A structure set up to serve the people is now a cash cow mercilessly milked by the deep-pocketed.

Abraham Lincoln would turn in his grave.