OPINIONS When will Asian ‘silent minority’ be heard?

When will Asian ‘silent minority’ be heard? 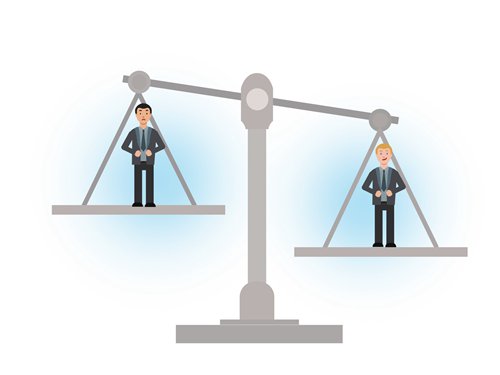 Brooklyn Beckham, the eldest son of retired international soccer star David Beckham seems to have had a rough time after posting a couple of photographs on Instagram featuring Asian tourists in Italy, which he captioned "no place like Italy innit". Irritated by the discriminatory implication of these cheeky words, many net users from Asia came down on the celebrity, branding him a "racist". The 19-year-old deleted the post soon and turned his account private without saying anything.

What's going to happen is highly predicable: The Beckhams will wait for a few days to see whether media and the public are still paying close attention. If the indignation shows a sign of fading away, phew, they'll stay low for a while till no one mentions the incident, then everything will be back to normal. If things get to the point where they have to do something, they'll make a brief apology, in which they will only say "it was meant to be a joke" and they are sorry to those "who feel upset," and reiterate that they "never intend to offend anyone".

These are the best-case and worst-case scenarios for people who discriminate against Asians in the western world, especially in immigrant countries like the US. Nothing serious, no hard feelings. It seems obvious that the Asian community, a paragon of the silent minority, will always settle for less.

We know for sure there won't be real consequences because the same type of things have happened again and again. After the talk show host Jimmy Kimmel said "that's an interesting idea" to an ignorant child who told him "kill everyone in China," a frivolous apology could easily put out a rising voice of protest. When Chris Rock put up a reductive skit at the Oscars that paraded little Asian kids on stage and visually portrayed them according to the stereotype that Asians are diligent workers who excel at math, the comedian, despite criticism and without any concern about ruffling anyone, threw another punchline on Twitter -"If anybody's upset about that joke, just tweet about it on your phone that was also made by these kids," a reference to child labor in Asia.

There is an uncomfortable truth about racial justice in the US, even among those who deeply care about it. The voice of Asian Americans has never been positioned at the heart of the fight against white supremacy and other forms of racial discrimination. The Asian community experiences a sprinkle of sympathy and attention, while the black and brown people get plenty. For decades, US society, as a whole, has never realized a national conversation about racism carries an unforgivable omission without including the plight of Asian Americans.

A more horrendous outcome is the adoption of an abusive narrative, which will become increasingly imbedded subconsciously.

It is scary that people will get used to a notion that Asians are always OK with the labels put on them - meek, nerdy, and easily satisfied.

Although the entire rigid landscape remains intact, it is enthralling to see some major changes taking place. Thomas Sung, founder of Abacus Bank, which is the only US bank facing criminal charges in the wake of the 2008 financial crisis, valiantly went up against a national plot of scapegoating and won in 2015. The Chinese-owned bank ranked 2,653 across the US but was chosen by prosecutors on purpose for lack of political clout. "The biggest lesson I have learned," said Sung, reflecting on the long-enduring war he fought, "is that we must actively get involved in politics, using the legitimate power by right to vote". A documentary about his story was nominated for Oscars this year.

Besides, recently the first all-Asian-cast movie in Hollywood Crazy Rich Asians hit the theater and turned out to be a box-office success. Constance Wu, the leading actress in the film and also an outspoken commentator on the lack of Asian representation in Hollywood, said "Asians have stopped asking for permission". This watershed moment might herald a turn of stereotypes in the US mainstream culture, that not all Asians are "nerdy math guys who don't have fights with their brothers and sisters, and who don't have dreams of becoming a jumping-rope champion."

A larger Asian presence is believed to be making a deeper dent in American culture and society. This might require years of strenuous effort so that the "silent minority" can make its voices heard and respected. Before that day comes, more brave fighters like Thomas Sung and straightforward critics as Constance Wu should rise to speak up and take actions on behalf of themselves and their community.