OPINIONS When will the US economic bubble burst?

When will the US economic bubble burst? 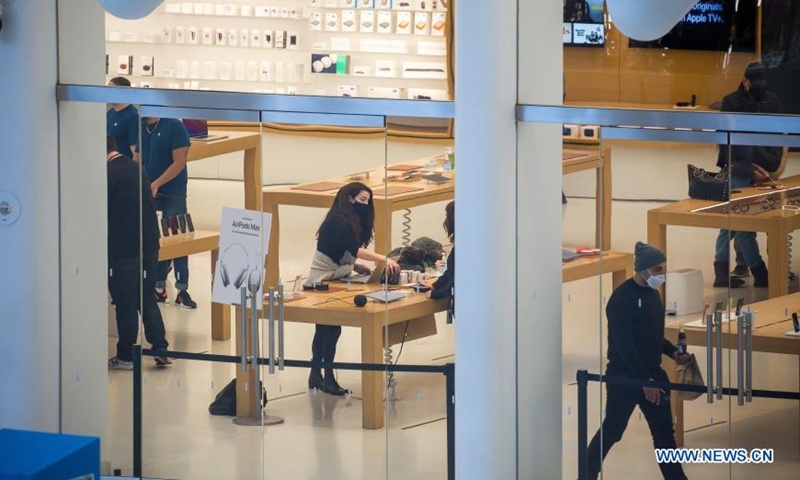 Since the start of the COVID-19 outbreak, the US government has dumped an unprecedented amount of "helicopter money" on the market through both fiscal stimulus and Federal Reserve's injection. However, despite the historic levels of stimulus, its sharp economic rebound appears to be ephemeral, with rates of household savings plummeting and the Delta variant of coronavirus again casting shadow over what has been a stop-start recovery.

Latest personal saving rate has dropped sharply to 9.4 percent in June from 26.9 percent in March, showing that the savings accumulated during lockdowns have now run dry. In July, retail spending fell sharply by 1.1 percent.

According to the Ipsos-Forbes Advisor US Consumer Confidence Tracker, consumer confidence slipped further last week to 55.9 from a high point of 62.4 in early June. The figure is almost back to the same level recorded in February when the new Biden administration had just announced their goal of administering 100 million vaccine doses within the new president's first hundred days.

The economic rebound, following the massive vaccination campaign and loosening of prevention measures, has seemingly run out of steam much earlier than expected. In the second quarter, the US registered a 6.5 percent GDP growth, well below the 8.4-percent forecast made by the Dow Jones.

Unsurprisingly, flooding the economy with free money has failed to address fundamental economic issues. What is worse is that most of the injected liquidity has been transferring between financial accounts, instead of putting in place to drive the recovery of real economy; and the added wealth has mostly flowed into the pockets of rich people.

Americans added $3.7 trillion to their savings during the pandemic, yet 70 percent of the gain went to the wealthiest 20 percent of Americans, the US news outlet CNBC reported, citing a study from Oxford Economics.

In the meantime, the US' national debt has expanded drastically to $28.68 trillion. Since the beginning of 2020 alone, the debt has increased by $5.2 trillion.

Relying on its financial hegemony, the US has been pursuing a "no savings" approach; and if there's no money left, they just issue more bonds and borrow from others. However, it is plain for all to see that it is not going to be a sustainable way. According to News Week, "The increase of $5.2 trillion equates to roughly $40,000 of extra burden to each household in the US."

With Biden administration eyeing more stimulus spending, including the proposed $1 trillion infrastructure plan, running up the national credit card seems to be the only viable option.

On the other hand, though the Fed has been expressing its intention to begin tapering asset purchases by the end of this year, the current resurgence triggered by the highly contagious Delta strain has created a fresh challenge for Fed's original plan. The average number of daily confirmed cases in the past seven days has reached 150,000, with a total death toll exceeding 600,000.

Whether the economic recovery pace is strong enough to withstand Fed's tightening policy or how much impact it will generate remains an open question. The market has already felt the risks of looming fluctuations. Countries including China, the UK, Brazil and Canada have recently reduced holdings in the US Treasury, and market observers warned that this trend may accelerate.

The challenges faced by the US economy are deeper and wider, and it may only be a matter of time before the bubble bursts. Instead of fixating on confronting China, the nation should focus on addressing its own problems, and may start with saving more money.