OPINIONS Where are UK-China relations heading under Boris?

Where are UK-China relations heading under Boris? 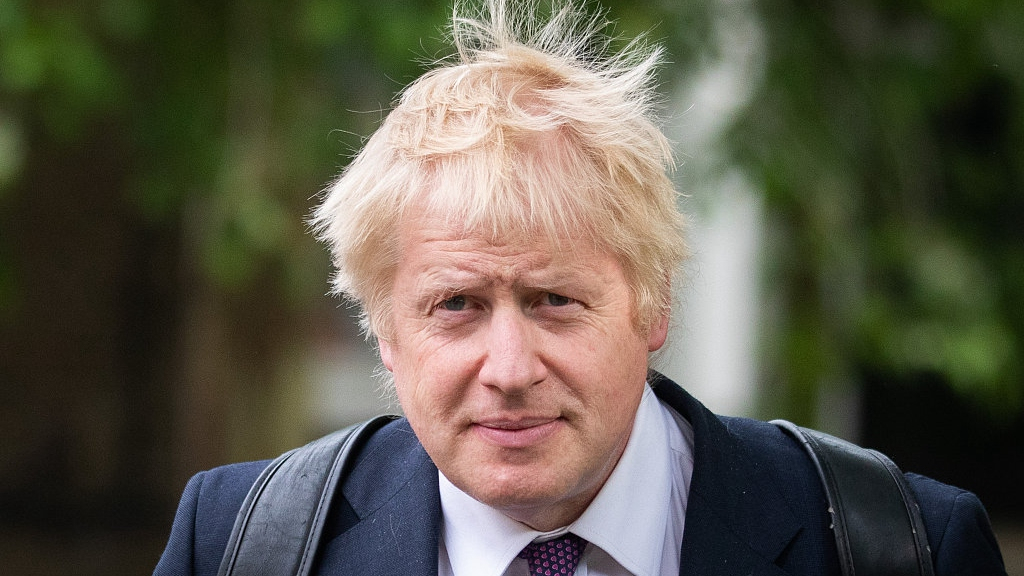 On his first day as Prime Minister of the United Kingdom, Boris Johnson sent positive overtures to Beijing. Describing himself as "very pro-China", the newcomer to Number 10 stated he was "very enthusiastic about the Belt and Road Initiative" and vowed to keep the United Kingdom as the "Most open economy in Europe" for Chinese investments, pointing towards existing investment from China in the Hinckley point nuclear power plant.

These comments pose the question, what are UK-China relations heading now?

Quite clearly, after some disruption in the Theresa May years, Boris has set foreign policy priority towards a reset with Beijing, ultimately needing to compensate for taking a tougher stance against the European Union (EU).

Although the Prime Minister has weaponized populism to attain power, at heart he is an economic liberal in the "David Cameron" wing of the party, who are enthusiastic concerning business with China.

Thus, despite Boris being termed "The British Donald Trump"- his premiership is not likely to follow suit with the US on taking a hardline and in the battle against Brussels, will take any opportunity it gets.

In the past three years, Boris Johnson has epitomized himself as an icon of British right wing politics. Becoming the de-facto leader of the "leave" campaign in 2016 and becoming associated with a number of inflammatory remarks on race and immigration, the former foreign secretary essentially took the reins of the party's Eurosceptic wing and subsequently used it to undermine Theresa May and ascend to power himself.

But, that's not the complete picture.

Before this venture against Brussels, and during his tenure as London Mayor, Boris was in practice a centrist Conservative with liberal leanings. He was, during this time, closely affiliated with the inner circle of David Cameron and George Osborne and did in fact, support ties with Europe when it was "Politically mainstream" to do so.

His critics note that he has been opportunistic as a politician in saying things that people want to hear, and too eagerly shifting his position in order to further his own career.

Nevertheless on the matter of China, his original stances matter. The "David Cameron" wing of the Conservative party has been arguably the biggest enthusiasts of economic ties with Beijing.

Focusing on business and markets, rather than sovereignty and identity, this wing of the party has seen huge opportunity in courting inbound FDI from China to the United Kingdom, inasmuch that former chancellor George Osborne coined a "Golden Age" of UK-China relations following Chinese President Xi Jinping's state visit to Britain in late 2015.

Theresa May however, proved less enthusiastic. Pivoting towards the United States in the fallout of Brexit, cynicism of China grew within the government and internal debates raged on matters such as Huawei. Ties seemed colder and tenser, with ministers such as Gavin Williamson also making provocative comments against Beijing and talking of weaponizing British "hard power" against them.

However, buoyed by this old school thinking which continues to see China as an opportunity, Boris may now be looking for a reset.

The fact that he made such positive comments towards China on the first day is not an accident; rather it is a statement of agenda setting and intent.

Setting out that he intends to push for a no-deal Brexit if he cannot renegotiate with Europe, Boris is almost immediately seeking to hedge against Brussels by diversifying his economic options accordingly, building into his vision of a "global Britain" less dependent upon the EU.

Thus, the new Prime Minister recognizes he cannot afford to upset China and has moved to immediately rectify any fallout brought about by his predecessor.

This means he is highly unlikely to proceed with any ban on Huawei from the country's 5G networks (which is already underway and will cost more than 6 billion pounds to replace), and will avoid falling temptation to the broad demonization of Beijing which has engulfed other "Anglosphere" nations such as the U.S. and Australia.

Where of course does this put his ties with the US?

Certainly he will not play down London's relationship with Washington, however those who coined him "Britain's Donald Trump" may have to a degree overstated their hand, such does not mean complete subservience. The former foreign secretary may be very opportunistic, but he is not stupid.

The China comments likely indicate a clear recognition that on the matter of trade, the President is an extremely unreliable partner who will not benefit Britain, with the White House threatening a "future trade agreement" with demands for complete obedience.

Given this, with his fundamental foreign policy agenda being engraved as a "successful Brexit"- Boris is likely to keep as many options open as possible, this means the door will be firmly kept open to China. There is one battle he wants to fight, that is Brussels, not Beijing.