OPINIONS Where is the US-China economic decoupling heading?

Where is the US-China economic decoupling heading? 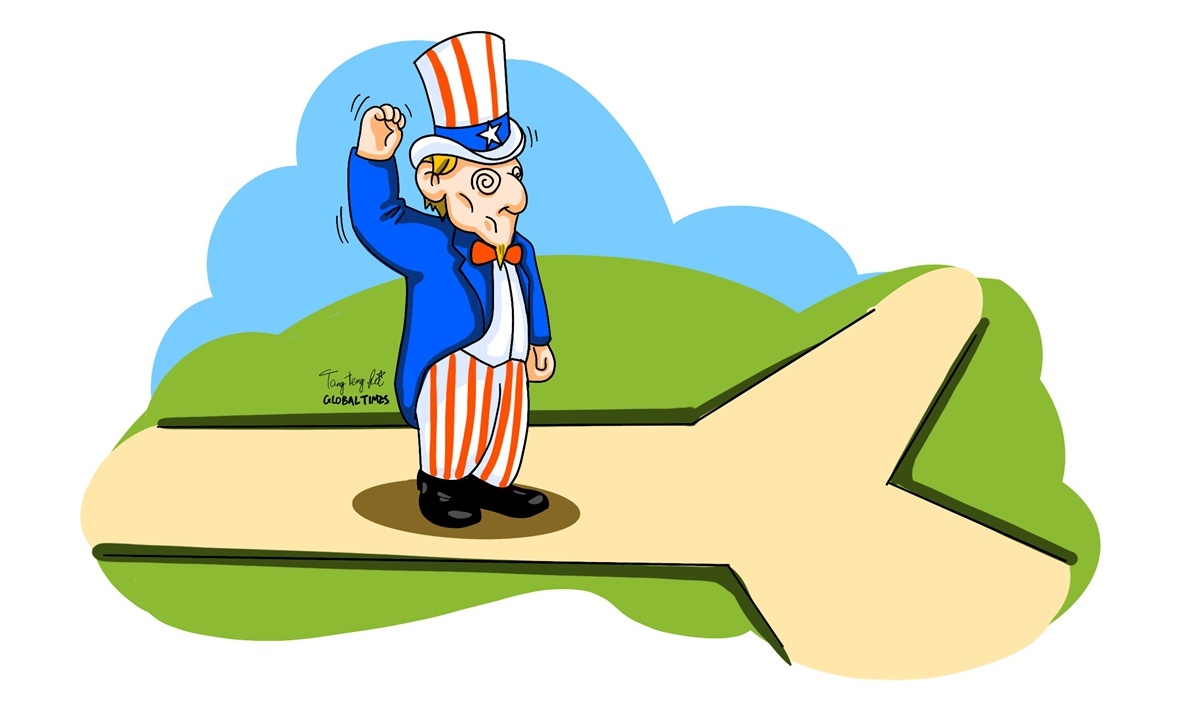 After Joe Biden won the US election, some Chinese experts said there might be a slight release of tension in China-US relations. In the 2020 US-China Dialogue Session 2 jointly organized by the Chongyang Institute for Financial Studies at Renmin University of China (RDCY), experts shared their view on the decoupling that has been seen in recent years between China and the US, and what both sides can do to prevent the situation from deteriorating.

The US-China trade war is not really about trade; it's about technology transfer and decoupling. The levying of punitive tariffs by the US has led to higher prices for consumers and producers, both in America and abroad. Global trade benefits both sides. No one benefits from the tariffs.

To promote trade, China has been addressing foreign investors' concerns gradually over the last four or five years. China has been loosening up the restrictions for entry, improving courts, and dealing with intellectual property rights violations. China has been pledging it would not force transfer of technology from foreign companies to Chinese companies.

The US' Huawei ban is another example of the decoupling. When the US restricts Huawei's access to key components, this really jeopardizes Huawei's potential to expand or even to exist. However, what is the impact on the US?

The IMF did a study a year ago on the impact of decoupling on China and on America. And it showed that China's growth rate could potentially decline by 1-2 percent because of this loss of high-tech components and inability to actually produce many of these goods, but America's economy would also be affected.

In fact, America's economic growth could be cut in half because it depends upon innovation to prosper. There are roughly 15 to 20 major high-tech US companies who earn 20-50 percent of their revenue from exports to China. So when the US cuts off China as a market, it reduces the profitability of a wide range of US companies. In fact, these are America's most innovative companies, the most high-tech and sophisticated companies.

What is it that Washington wants from China? And why is it so difficult to answer this question? It's because there's a contradiction in the US' demands on China. If China actually liberalizes and reforms and more American companies go to China, this could actually lead to higher deficits for the US.

The Democratic Party is also quite negative in terms of its views of China, but Biden would probably approach the issue differently because he favors forming alliances and having discussions to deal with these concerns. It's a lot more productive than the chaotic decoupling approach of the White House today. The new Democratic administration in the White House could lead to more negotiations.

He Weiwen, former economic and commercial counselor at the Chinese Consulates General in San Francisco and New York and executive council member of the China Society for World Trade Organization Studies

Regarding decoupling, it should be classified in three different ways. First, military products and technologies are always decoupled, as guided by the COCOM, Paris and later Wassenaar arrangements.

The second category is goods for general use for consumption and production. They have never been decoupled or only slightly.

The third category is high-tech, sensitive dual use areas. The US has virtually banned exports of semiconductors, not only to Huawei, but to China in general.

According to the Boston Consulting Group, South Korea would likely overtake the US as world semiconductor leader in a few years; China could attain leadership in the long term. So that will be bad for the US. Currently, the top 10 US semiconductor producers all have a large degree of dependency on the China market.

It's important for China and the US to talk. China and the US should also enter into multilateral agreements, because that can guard against possible security concerns. This should be one of the topics for the reform of the WTO, and both sides should work together toward that instead of decoupling.

For starters, in principle, the additional tariffs imposed by the Trump administration unilaterally should be removed because it's against the WTO rules, and actually the tariffs have not been that effective in checking Chinese exports to the US. The US should promise to call off all the duties and the tariffs, and then China would respond to the concerns of the US business companies and government.

In fact, in the business aspect, the cooperation between China and the US at this level has been going on fundamentally uninterrupted. For instance, during the first seven months of this year, US business investment in China was strong, with 860 new enterprises being set up, even though the White House has been pressing hard for decoupling. However, the businesses are doing just the opposite.

And on the government front, both sides should seek dialogue instead of confrontation. China and the US had very mature dialogue mechanisms in the past. We had over 70 different groups for dialogue and managing differences, and cooperation could resume that.

On the Chinese side, we should work hard to open the market to welcome US investors, to open the financial sector and to make sure that all the players have a level playing field and the same national treatment. That will encourage cooperation between the two countries.