OPINIONS Where is the US' ironic 'zero-tolerance' policy headed? 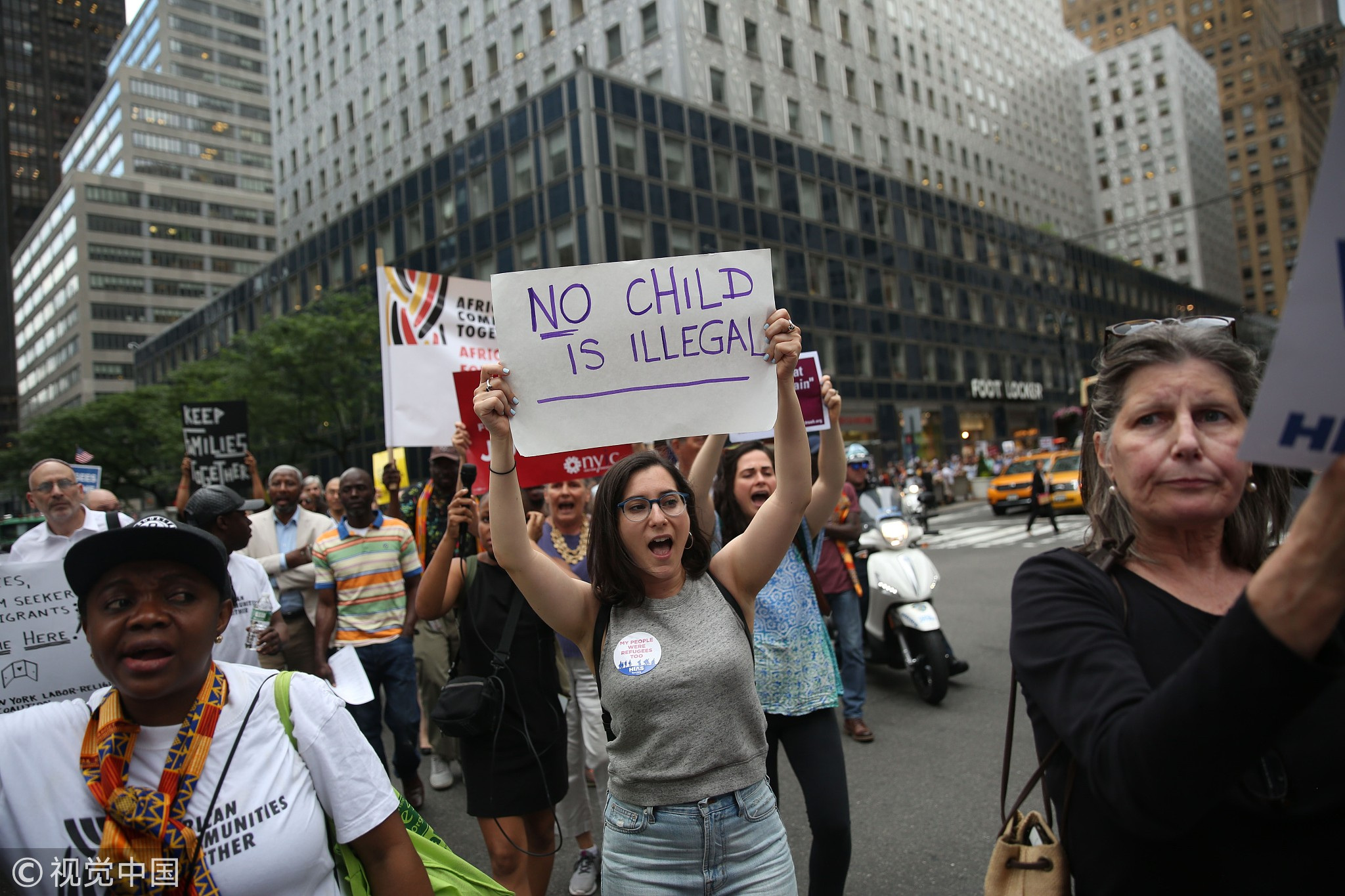 In recent days, President Donald Trump has found himself caught in a storm of criticism over his "zero tolerance" immigration policy, suffering one of the greatest crises since he took office.

The backlash against the Trump administration's policy of separating migrant families on the border with Mexico has been extremely severe. Thousands of children have been removed from their parents' care, who had brought them to the United States illegally, and placed in facilities under tough and inhumane circumstances.

Under mounting pressure, Trump signed an executive order to keep parents and children together, but the plan to reunite parents who've already been separated from their kids did not suppress the anger of the people. Congress had been planning to vote on an immigration bill but postponed proceedings as backers looked for more support.

Whether or not Trump is willing to admit this – his "zero-tolerance" policy has stagnated, at least for the time being.

"We can’t say the ‘zero-tolerance’ policy has completely failed. This is Trump's expedient measure under the pressure of public opinion at home and abroad. In the future, he may still continue to implement this tough policy," Sun Chenghao, an assistant research fellow at the Institute of American Studies from the China Institutes of Contemporary International Relations, told CGTN.

"Trump insists that ‘illegal immigration’ harms the interests of the people born in the United States, especially robbing them of their jobs, lowering their salaries, and even constituting a certain threat to national security," said Sun.

In addition, Trump hopes to force the Democratic Party to negotiate with the Republican Party through this seemingly more extreme way, amend the bill on immigration, and further legislate the "tightening" of the "fence" on the US border.

However, this “separation storm” has actually gone beyond the negative effects that immigration policies could lead to and further aggravates the deterioration of US politics.

The Democratic Party has been vocal in its criticism to Trump, while some Republican conservatives believed that Trump “overkilled” and attempted to convince Trump not to make use of the separation issue  to achieve his political goals.

In the US, protesters are bringing their complaints straight to the White House. First ladies of the United States denounced the “zero tolerance” policy publicly. Trump's wife, Melania Trump, also expressed concern.

Trump turned the finger of blame to the Democratic Party and considered the situation in the US as a result of the weakness and inefficiency of the Democrats in controlling border crimes.

"Trump may want to shirk responsibility, but the US immigration issue is also related to the issues left by the democratic President Obama's administration," said Sun.

In Sun’s opinion, Trump’s long-term adherence to such a policy is due to the fact that there is still some supportive power within the United States, in particular, some so-called traditional white groups who feel that their own interests have been violated by ethnic minorities. They blame the ethnic minorities for immigration, especially illegal immigration, and for their reduced economic interests and job losses.

“This supportive power actually has a large market in the United States. They urgently hope that the US government can tighten its immigration policy and strengthen border control. Trump and Stephen Miller, the so-called architect behind Trump's immigration policies, clearly understand this; therefore, they have the confidence to promote such a strong immigration and border policy.”

Amid the immigration crisis, Trump once again slammed what he called the country's "weak" immigration laws on June 23. He told the families of people who reportedly died at the hands of undocumented immigrants that the government's first duty, and highest loyalty, is to the citizens of America.

He alleged that the US wants people to come in but want them to come in the proper way.

Trump has also urged the GOP lawmakers to hold off on passing immigration legislation until after November midterm elections. He tweeted if more Republicans are voted into Congress, the US will pass the "finest, fairest and most comprehensive" policy.

Whether or not Trump can ease the rigidity of his immigration policy depends on his consultations with Republican parliamentarians. Even if he is willing to compromise on the specific measures of the immigration policy, it is difficult to change his opinion about treating illegal immigration as one of the United States’ national security threats.

However, the Trump administration has adopted a "radical therapy" for the immigration issue. It cannot solve the problem fundamentally but will fuel the rising domestic nativism and populism in the United States, leading to more prominent bipartisan struggles, social division and ethnic conflicts.

The US never stops pointing fingers at other countries for their “bad performances” in protecting human rights. However, at home and abroad, its immigration policy is under fire because of serious violations of human rights. That in itself is a great irony, isn't it?