OPINIONS Where is Zimbabwe headed after shift?

Where is Zimbabwe headed after shift? 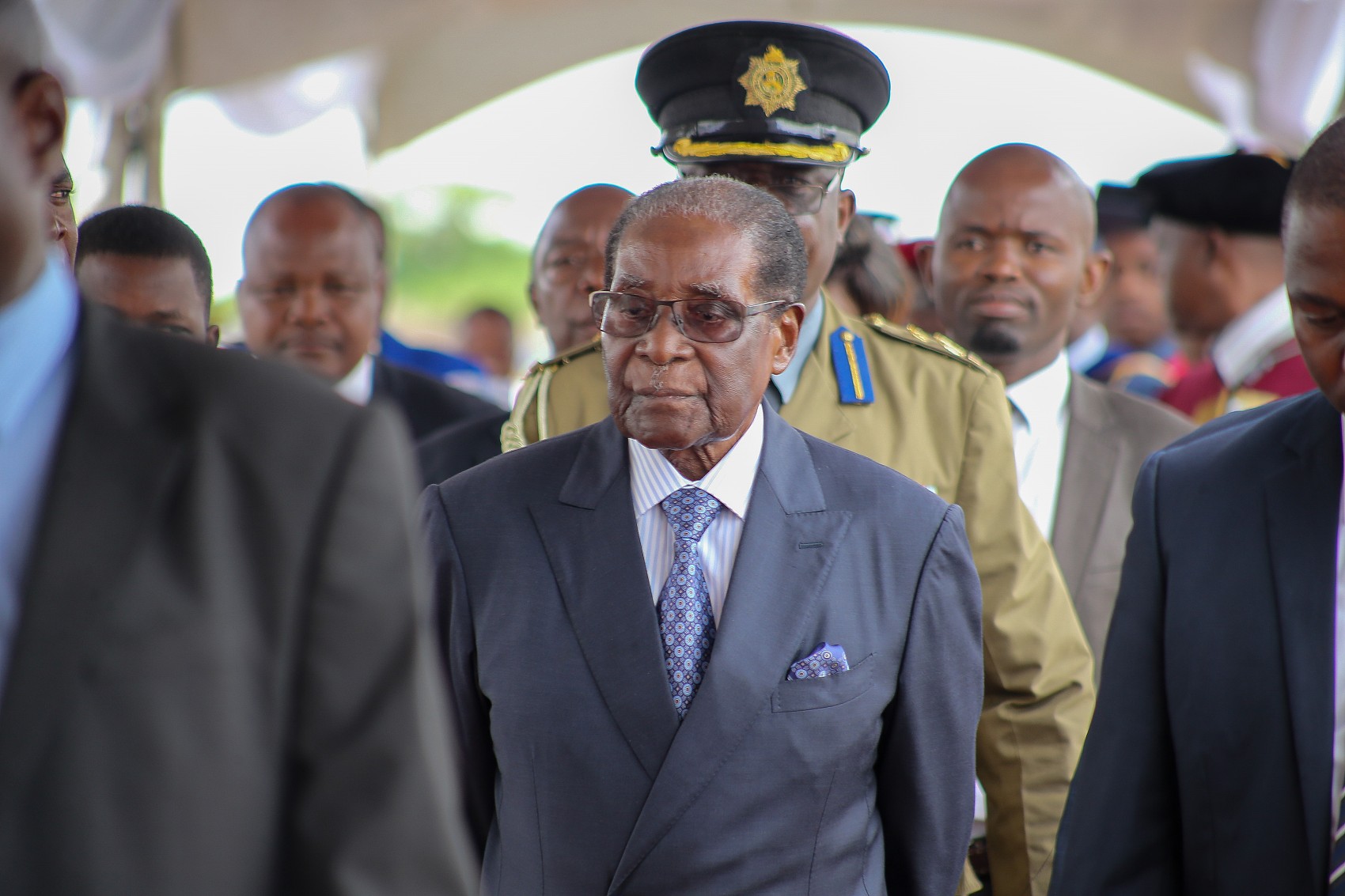 Zimbabwe's President Robert Mugabe appeares in public in capital Harare for the first time since the military moved against him, on November 17, 2017 in Harare, Zimbabwe.(Photo:VCG)

On Wednesday, the Zimbabwean military took control of capital Harare, surrounded the presidential house, arrested finance minister Ignatius Chombo and occupied state television. The country's longtime President Robert Mugabe was placed under house arrest. The military denied staging a coup.
The military moves are not unexpected for the Zimbabwean people. The Zimbabwean economy is on the verge of collapse. The country, once affluent with abundant mineral resources, fertile land and the most promising economy in Africa, has turned into a big slum plagued by hunger. In recent years, as the price of minerals declined and many factories went bust, the unemployment rate rose and the country couldn't even pay government employees. The Zimbabwean people believe they need political reforms to save the country.
Besides, land reforms and economic transformation have benefited senior officials and not the poor in Zimbabwe. The nouveau riche represented by Mugabe's wife Grace has been hated by the whole country. Public discontentment is behind deposing the president.
Mugabe recently dismissed his two successor candidates with military backgrounds, including vice president Emmerson Mnangagwa, and appointed his wife to be the vice president, getting her ready to run for the presidency.
But Grace has neither military nor political experience nor the qualifications for the position, and is saddled with a foul reputation. Given her narrow mind and erratic behavior, senior military officials and veterans worry that Grace will cleanse the military if she takes power.
The leader of the military operation, who was Mnangagwa's subordinate, had been plotting the overthrow for a long time. Meanwhile, Mugabe was isolated internationally. Western nations and neighbors respect his historic contributions, but deemed him a dictator who brought harm to the country and his people. The international community has actually been looking forward to reforms taking place in Zimbabwe. The military, whose moves are in line with international opinion, is not afraid of pressure from outside.
Although the Zimbabwean military said its move was a power transfer and not a coup, many international observers called it so since there was use of force and fighting. How will the political situation in Zimbabwe be in the future?
First, there will not be continued unrest and military conflicts in the African nation. The military operation has inflicted no casualties or economic damage. Mugabe is unpopular now and only supported by young professional politicians who have no military or popular appeal. An attempt to confront the military will not find support.
The country will see a peaceful power transition. The Zimbabwean military has developed along with the country's independence movement, with deep-rooted patriotism. Military leaders who led the takeover declared they are not eyeing the presidency. And conditions don't allow the military to grasp power. It is out of fear for the consensus program by the African Union that Zimbabwean military denied it was a coup.
After the military operation, Zimbabwe will be more open. Mnangagwa, a reformist, will abolish Mugabe's faulty investment policy. In a country with a bankrupt economy, whoever takes office needs to launch economic reforms and open up to foreign investment.
With massive investment and joint projects, China has a long history of cooperation with Zimbabwe. Many observers worry that China's interests will be undermined by the transition. However, the operation will not harm Chinese interests, but promote economic cooperation.
Chinese investment in Zimbabwe has also fallen victim to Mugabe's policy and some projects were forced to close down or move to other countries in recent years, bringing huge losses. Bilateral cooperation did not realize its potential under Mugabe's rule.
The Chinese government has adhered to its principle of non-interference in other countries' internal affairs, and has maintained good relations with all political forces in Zimbabwe. Before the military operation, Zimbabwean Army Chief Constantino Chiwenga visited China and expressed willingness to strengthen cooperation.
While Zimbabwe needs to desperately improve its economy, China is the most trustworthy investment and trade partner. Hence, we have good reasons to believe that as Zimbabwe enters the post-Mugabe era, China will see an improved environment to cooperate with the country. Friendly ties will embrace new development opportunities.