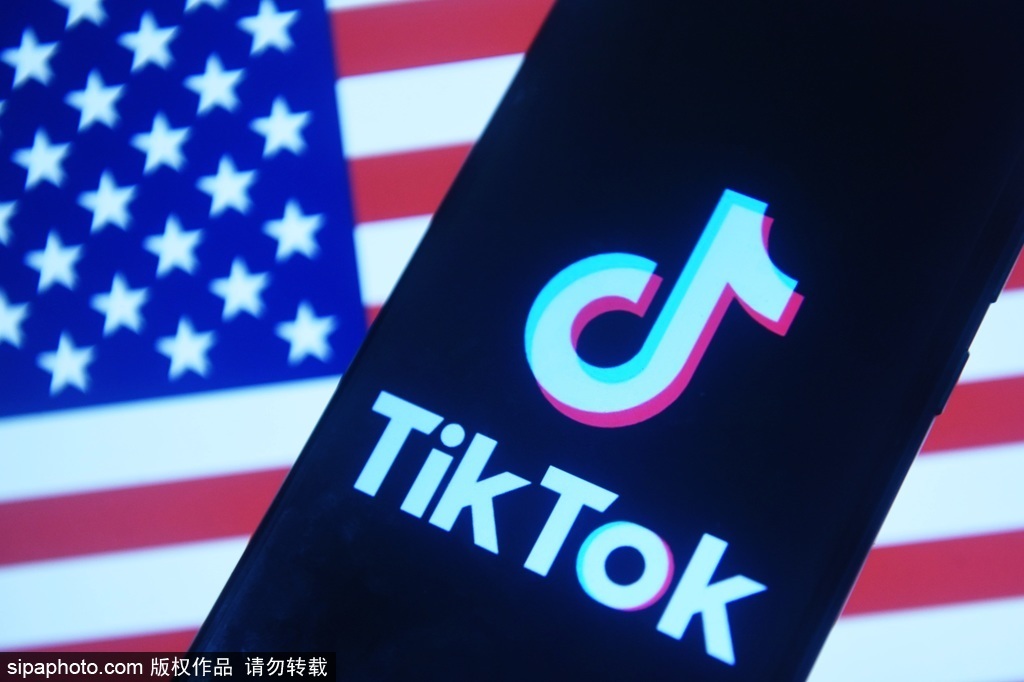 The TikTok logo and the American flag. (Photo: Sipa)

While US President Donald Trump said on Thursday that TikTok would either be closed or sold by Tuesday, ByteDance, the Beijing-based developer of the popular video-sharing app, is reportedly exploring a third option by pursuing a partnership with Oracle Corp.

Under this proposal, Oracle will be ByteDance's technology partner and assume management of TikTok's US user data. There is a precedent for such an arrangement. When China Oceanwide Holdings purchased the US insurance company Genworth Financial two years ago, it agreed to use a US-based third-party service to manage the policyholder data of the US insurer.

The deal would have to be reviewed by the Committee on Foreign Investment in the United States, and the president could still approve or deny the recommendation. But Trump has already voiced support for Oracle when it was in talks to buy TikTok's operations in North America, Australia and New Zealand, saying "I think Oracle is a great company, and I think its owner is a tremendous guy". Which is not surprising, given that Oracle chairman Larry Ellison has raised millions of dollars in campaign funds for Trump.

On its part, ByteDance is clearly hoping that such an arrangement will appease both the US administration by dispelling its worries over US personal data being transferred back to China and the Chinese government, which recently introduced upgraded restrictions on the sale of algorithms to a foreign buyer.

Whatever the outcome for TikTok, one thing is certain: the US administration is quite willing to carry on Washington's past practice of ram-raiding a company to snatch technology that it wants. The administration's bid to coerce the Chinese company to sell its most lucrative business on the spurious claim that it poses a national security threat only reveals the administration's willingness to organize systematic economic extortion targeting any company that has technological supremacy over its US peers.

That this is a heist is further evidenced by the US president's claim that he would seek — "a very substantial portion" — from any TikTok deal, especially given that TikTok, the most frequently downloaded app worldwide, is valued by investors at $50 billion.

By perverting the concept of national security and abusing state power in this way, the US administration has revealed that its idea of fair trade is not only all take and no give, but also that it is willing to use force to get what it wants.

It is deplorable that the world's most powerful country has again stooped so low as to make business extortion a national policy in a futile bid to "make America great again". This is indeed an American tragedy.