White paper a dose of reality for Pompeo and his acolytes 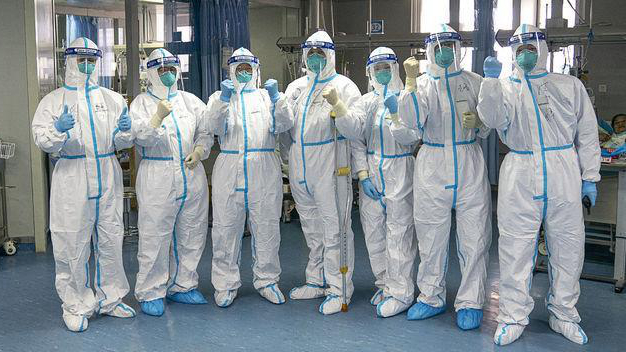 Since Wuhan reported its first cluster of COVID-19 infections, the United States has wasted no opportunity to blame China for the pandemic. Anti-China hawks, including U.S. Secretary of State Mike Pompeo, have repeatedly accused China of starting and spreading the virus, concealing the initial outbreak and shirking responsibilities.

Are these claims true? A newly-released white paper on COVID-19 gives the answers.

In an interview with Fox News, Pompeo alleged that China "wasted valuable days at the front end" after the virus was first reported. "Instead of trying to do the work to suppress the virus, which is what the world demanded, the Chinese Communist Party didn't get it right and put countless lives as risk as a result of that," America's top "pundit" asserted.

Just look at the timeline.

Less than 24 hours later, the National Health Commission (NHC) sent a working group and an expert team to Wuhan. On January 1, a leading group was set up to determine the emergency response to the epidemic. On January 2, Chinese medical authorities began pathogen identification. On January 7, Chinese President Xi Jinping made instructions on epidemic response.

On the same day, China isolated the first COVID-19 strain. That's only eight days after the NHC was alerted to the infections. On January 8, China identified a new coronavirus as the cause of the epidemic. In just two days, research institutions developed testing kits. Tests of all relevant cases admitted to Wuhan hospitals were immediately organized.

On January 13, Wuhan authorities strengthened social distancing measures and increased body temperature monitoring at ports and stations. On January 14, the NHC warned the public of potential human-to-human transmission. In the late evening of January 19, a high-level expert team confirmed the virus can be spread between humans. That information was briefed to the public on January 20, and Wuhan was locked down on January 23.

Pompeo has tried to seed the idea of a "slow response" from China. But the facts of the timeline, which are not disputed, tell the real story.

The Chinese government, once it was informed of the initial cases, wasted no time in researching the virus, testing patients and updating the public. In the face of a virus previously unknown to the world, China identified the pathogen in nine days, developed testing kids in 11 and implemented wide quarantine measures in less than a month.

As the COVID-19 situation intensified in the United States, anti-China hawks ramped up the blame game. "The information that we got at the front end of this thing wasn't perfect and has led us now to a place where much of the challenge we face today has put us behind the curve," Pompeo told CNBC. Was China slow to share its data?

As early as January 4, China alerted the US Centers for Disease Control and Prevention (CDC) of the pneumonia outbreak. That’s more than two weeks before the US reported its first confirmed case. On January 27, China held a second phone call with the US, during which virus-control measures were discussed.

Again, the facts are clear. China communicated with the United States at least nine times within two months.

China has been updating the international community at a higher frequency. Starting January 3, China regularly updated the WHO about the pneumonia outbreak. Starting January 11, data-sharing with the WHO was conducted on a daily basis.

As Beijing cooperated with US scientists and countries around the world in a bid to tackle the spread of the virus, Washington wasted months downplaying it, playing the blame game and politicalizing the outbreak.

It is Pompeo-like "pundits," not China, that have led the US to the top of the world in both confirmed cases and deaths. To distance themselves from domestic criticism, anti-China hawks slipped towards a comfortable solution – attempting to scapegoat China for their own failures.

China is a victim of COVID-19, just like other countries. We suffer and fight together. It's a time for solidarity and cooperation, not groundless accusations and division.