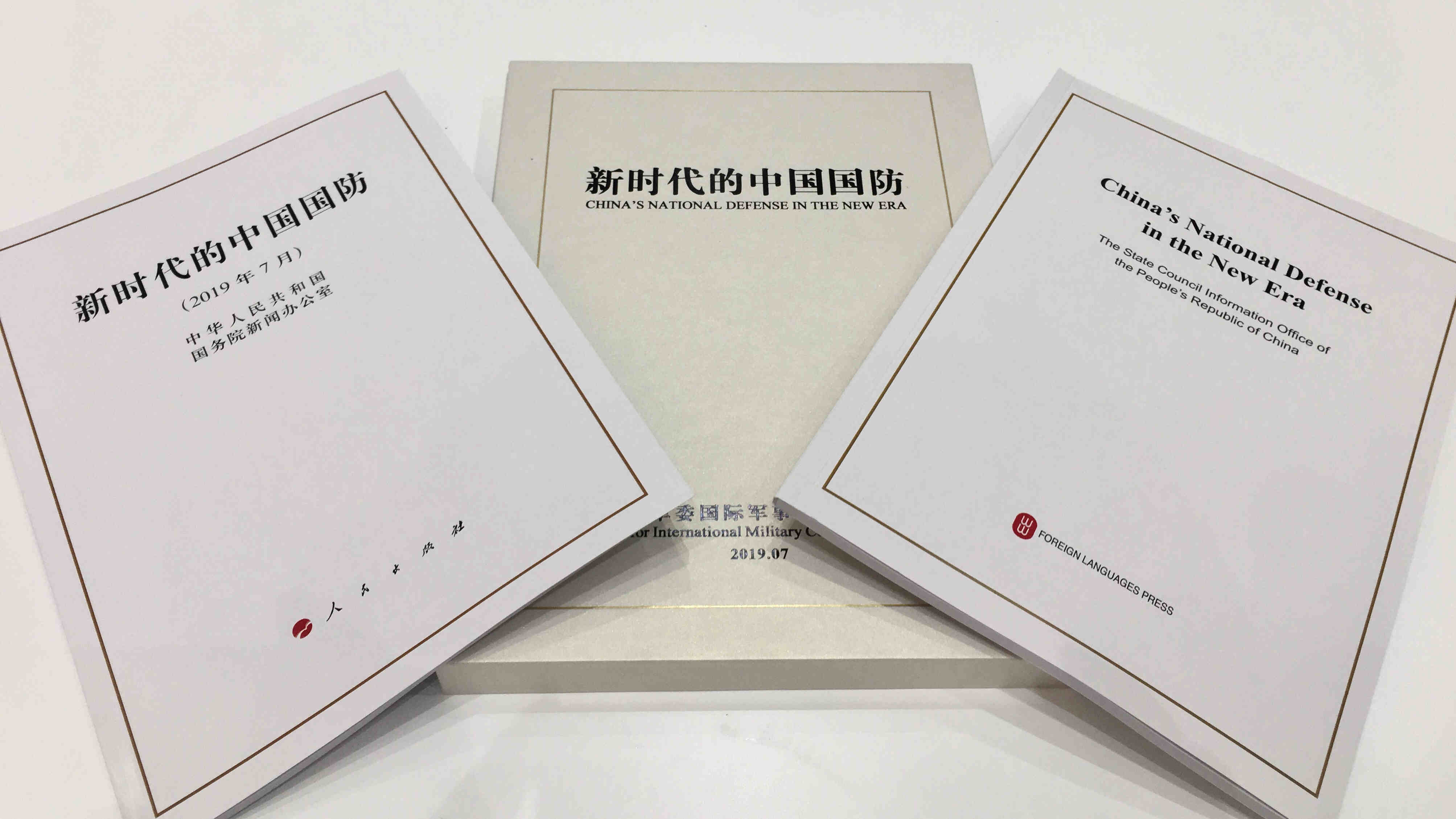 China released a white paper on national defense on Wednesday, the first time in four years. Titled as "China's National Defense in the New Era," the paper emphasized that China will never seek hegemony or expansion, nor is it interested in securing the so-called sphere of influence anywhere in the world. It is made clear that China's national defense is defensive in nature and along with that, the country's military expenditure, which is relatively low compared to the size and population of the country and its defense needs, should never alarm anyone.

Since the 2015 white paper, the Chinese military has seen a major transformation due to a comprehensive reorganization of the People's Liberation Army. This, along with China's rapid rise in recent years, has triggered concerns from the West. The just-released white paper, the first since the military transformation, is thus believed to be a response to Western concerns and a strong refutation of the "China threat" theory.

For years, Western countries are obstinate in interpreting China's every move, including its financial aids to smaller countries, as a potential threat. "China has a very specific geostrategic focus in the [South Pacific] region," CNN quoted Pacific Islands Private Sector Organization board chair Stephen Lyon as saying in its recent report.

In the article titled "Why China is challenging Australia for influence over the Pacific Islands," CNN alleged that apart from economic interests, Beijing is vying for South Pacific’s support on the Taiwan issue and is paving the way for future military bases in the region. These, according to CNN, partly account for China's investments there.

The author would not have reached such a conclusion if she had had some understanding of China's position on its defense policy. As explained by the white paper, China has never sought to secure spheres of influence anywhere in the world. CNN's allegation that "the [Pacific] islands could serve as destinations for [China's] future military bases" does not accord with the Beijing military policy. The Chinese government has reiterated that it is not interested in militarization or establishing any sort of military bases in the South Pacific.

Moreover, China, on several international occasions, has emphasized its pursuit for a community with shared future for mankind, a concept highlighted in the white paper as well. This means shared interests, not private benefits, are what China desires. The country’s assistances to the Pacific nations are genuine and have no political attachment.

As a responsible power, China fully respects recipient countries' sovereign rights and never interferes in their domestic affairs. "Buying political leverage" on the Taiwan issue is a completely false surmise by the West. Pacific nations are sovereign states with diplomatic independence. They know how to make the right choice on the Taiwan issue.

It has to be noted that despite China’s repeated clarification and the release of the white paper, some Westerners are still obstinate in "China threat" theory. This is a result of not only a lack of understanding of the country, but also their ingrained Cold War mentality.

In the article, CNN concluded that while China’s aiding programs in the South Pacific are strategically driven, Australia’s donation makes sense as the country is "responsible for the security of the Pacific Islands" as a "good neighbor."

This is typical Cold War mentality. Both Beijing and Canberra deserve applause for their contributions and investments to Pacific nations. It is unfair to brand Beijing's efforts as "strategic" endeavors while praising Canberra’s as good-neighborly behaviors. It is a pity that in the era of global integration, ideology-related prejudices are still popular among Western mainstream media outlets.

Just as China’s Foreign Ministry said earlier, whether China’s investment is a "debt trap" or "a pie in the sky," the island countries have the final say. Bearing in mind the principle of "teaching one to fish is better than giving him fish," China has conducted many training sessions to equip local people with more advanced technologies. A number of agricultural parks have been established in the South Pacific in recent years, eliminating poverty from the source. These efforts have been widely lauded.

China advocates the community with shared future for mankind. As the white paper emphasized, it has no intention to colonize or militarize any country anywhere in the world. Despite Western hypes, China will still stick to its path of peaceful development and will refute the West's "China threat" theory with concrete actions.