OPINIONS Who gains from the pain of American farmers?

Who gains from the pain of American farmers? 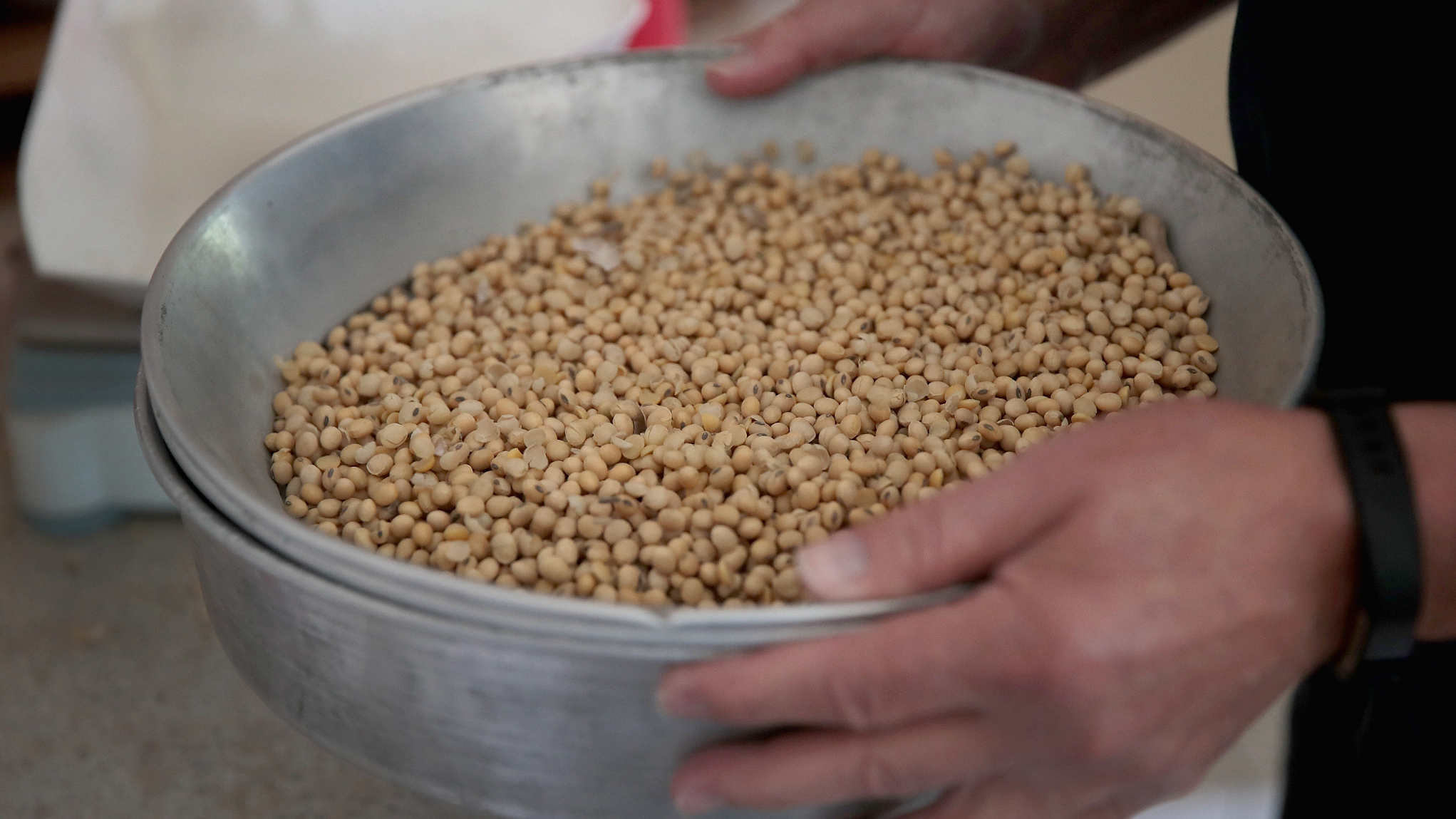 Trump's list of 200 billion US dollars' worth of imports on Chinese goods has not yet been finalized, but American farmers have already felt the pain as Beijing has announced it would impose a 25 percent tariff on American soybeans.

"I am nervous to think about the scenarios of what's going to happen if it does go into effect," according to CNBC citing Heath Houck, a soybean farmer in Nokomis, Illinois, "In the last three to five years, with the depressed farming economy the way it is, it can certainly hamper us even further. It kind of scares me, to be honest."

But Li Daokui, an economist at Beijing-based Tsinghua University still predicts that the journey of China-US trade negotiations will be a long and arduous one, as some American politicians are keen to keep the "trade war" status between the two countries.

"They will love to see trade disputes between the two countries as it can help in winning votes. If the Trump administration reaches any deal with China, the opposition will try their best to find faults and flaws in the deal and accuse the incumbent of being incompetent. They would interpret the deal as a compromise to China."

Fu Zhenzhen, an analyst at Beijing Orient Agribusiness Consultant Ltd agrees that Trump's move on Monday was purely political. Fu also worries that the interests of American soybean farmers could be severely damaged with the trade war coming.

"Farmers have sowed their soybeans, which include the 30 million tons of soybeans that they plan to export to China. The US soybean industry would have a serious problem if the US government could not resolve the trade issues with China by September, when the soybeans are ready to be reaped."

It will be extremely hard for them to find an alternative market.

Last Friday, Brian Kuehl, executive director of Farmers for Free Trade has expressed the same concern in a released statement in which he worries that Trump's tariff plan could scar the soybean market.

“For American farmers, this isn’t theoretical anymore, it’s downright scary. It’s no longer a negotiating tactic; it’s a tax on their livelihoods."

“The imposition of these tariffs is not only a blow to our farmers, it’s a win for our competitors. When American soybeans and corn become more expensive, South America wins. When beef becomes more expensive, Australia wins. As this trade war drags on, farmers will rightly question why our competitors are winning while we’re losing."

According to the People's Daily citing customs data, China imported 24.1 billion US dollars worth of US agricultural products last year, with soybean trade worth 14 billion dollars alone. With China's food structure upgrading and its need for meat surging, soybeans rich in protein are a crucial source for animal feed.

Simple math would conclude that the soybean business is beneficial for both sides. But clearly logic didn't make it to Trump's head. In the short-term, both America farmers and Chinese consumers may feel the pain. But it would be a big mistake to underestimate China's ability to find an alternative source, which will have a much more painful and irreversible impact on the US soybean industry.

Not just soybeans, China's growing interest in the premium seafood market also means China's tariffs plan, which will tax lobster imports from the US, may greatly affect Maine's economy, as it is the main home of the US lobster industry and China has already become a key exporting client.

According to data from the China Society of Fisheries, China imported 837 million American seafoods in 2017, an increase of 21.28% compared with that of 2016.

“Hopefully cooler heads can prevail and we can get a solution,” said Matt Jacobson, executive director of the Maine Lobster Marketing Collaborative. “It’s a year-round customer in China. This isn’t good news at all.”

The automobile market, another booming business, will also be struck as China retaliates. Wei Jianguo, former Vice Minister of China's Ministry of Commerce points out that if the Trump administration sticks to the road of protectionism, it may risk missing the fruits of China's booming market.

Ford sold over 338 thousand cars in China during the first five-months of 2018, around one-third of its domestic sales. After a truce with the US on trade disputes, China announced that it would cut car tariffs last month. Ford even had plans to lower the retail price of its luxury brand "Lincoln".

But as the natural gas vehicle and electric car will be subject to higher taxes, they are forced to drop the plan.

Wei Jianguo also notes that the tariff plan could further force America car-makers out of the Chinese market, as Germany, Sweden, France and Tokyo have already taken much of the Chinese luxury car market..

The Financial Times have already warned that Trump's move would destabilize the global value chain, which would make the US, highly dependent on labor division, the biggest victim.

These bleak prospects are based on the premise that a full-fledged trade war is going to happen. But then again, it would be most unreasonable to assume that China is not capable of finding an alternative solution.