OPINIONS Who gets hurt when trade wars break out?

Who gets hurt when trade wars break out? 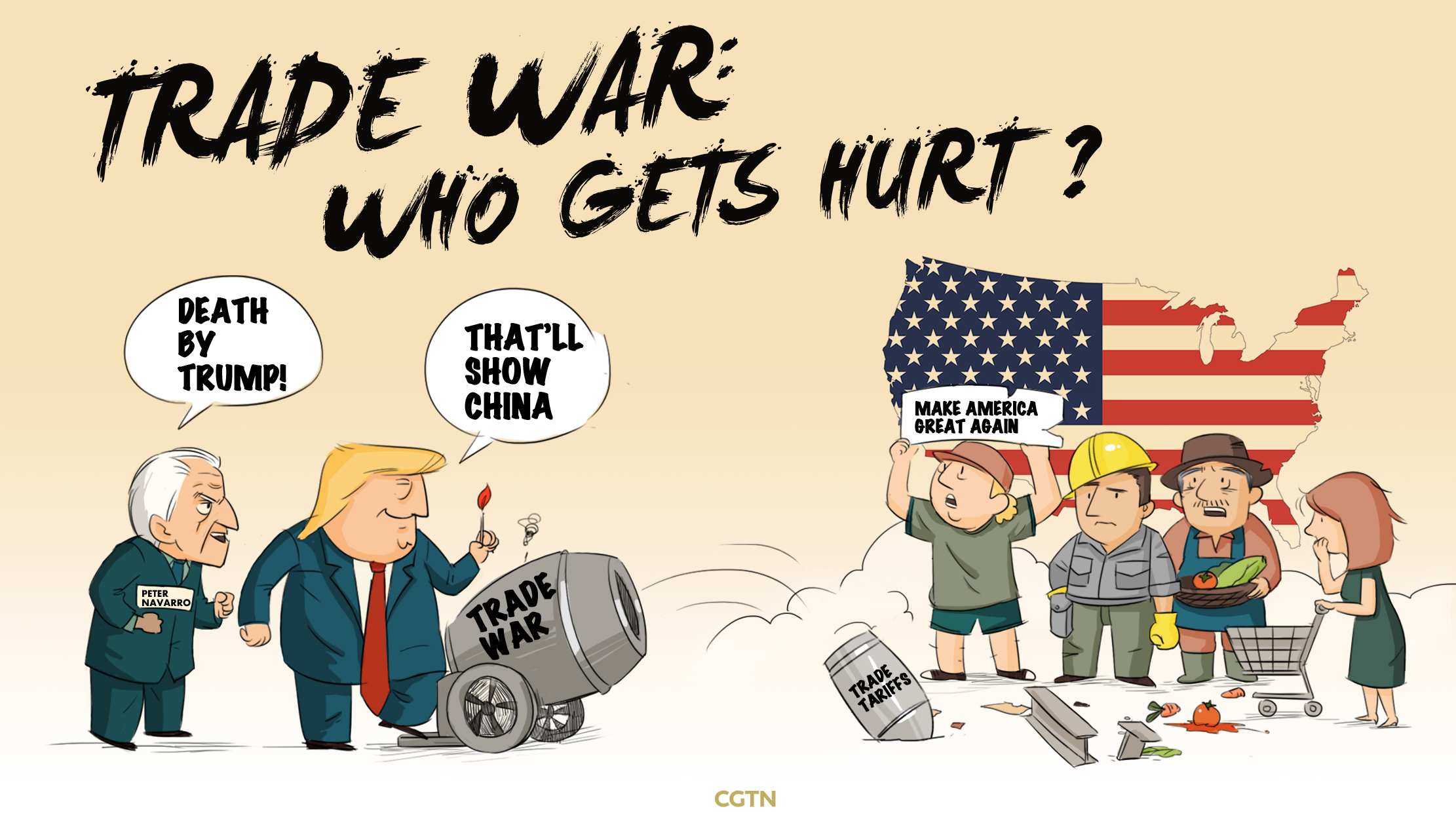 The casualties of war are not always the intended targets – particularly if the attacks are misguided.

The Trump tariffs – which the US president claims are designed to create "fairer" trade – are an example of this. There will be victims across the world if he continues to escalate the trade war with China, which has been denounced by all but the most fervent Trump administration fanatics, such as adviser Peter Navarro.

Navarro, the author of "Death by China," is a little-known economics professor who caught Trump's ear with bombastic comments that matched the president's own zero-sum view of global affairs.

Although mainstream economists have rejected his agenda, Navarro remains at Trump's side.

Mark Carney, the Bank of England's respected governor, has warned that a trade war could cut US growth by as much as five percent, twice that of the rest of the world. But neither Trump nor Navarro seem to care about the disproportionate damage that the tariffs are expected to do to the US, or that there could be severe unforeseen consequences.

“I’m not saying there won’t be a little pain,” is what the US president said in a radio interview in April.

Both Navarro and Trump are presumably aware of the costs that the tariffs will place on ordinary Americans, particularly those in the traditional red states that supported Trump in 2016 – the very people the US president claims to be fighting for, and who pushed him into the White House.

Trump's electoral success was partially a result of his "America First" rhetoric: Sticking up for the workers who lost their jobs when industries such as manufacturing or mining either moved abroad or became obsolete.

Globalization hasn't been fair; it has delivered prosperity to an increasingly small few, rather than for everybody. But tariffs on imports will mean higher prices for everybody, consumers and businesses alike.

The International Monetary Fund (IMF) stated on Monday that, if Trump escalates the trade war with China, the US will be "especially vulnerable."

Americans will lose jobs and have to pay more for items ranging from food to electronics, and international businesses that have positioned themselves as vital cogs in the global supply will put be at risk.

To pursue policies that hurt communities which have already suffered is simply perverse. Everyone gets hurt in trade wars, but ordinary citizens get hurt more than most.