OPINIONS Who is controlling the ball in the global trade war?

Who is controlling the ball in the global trade war? 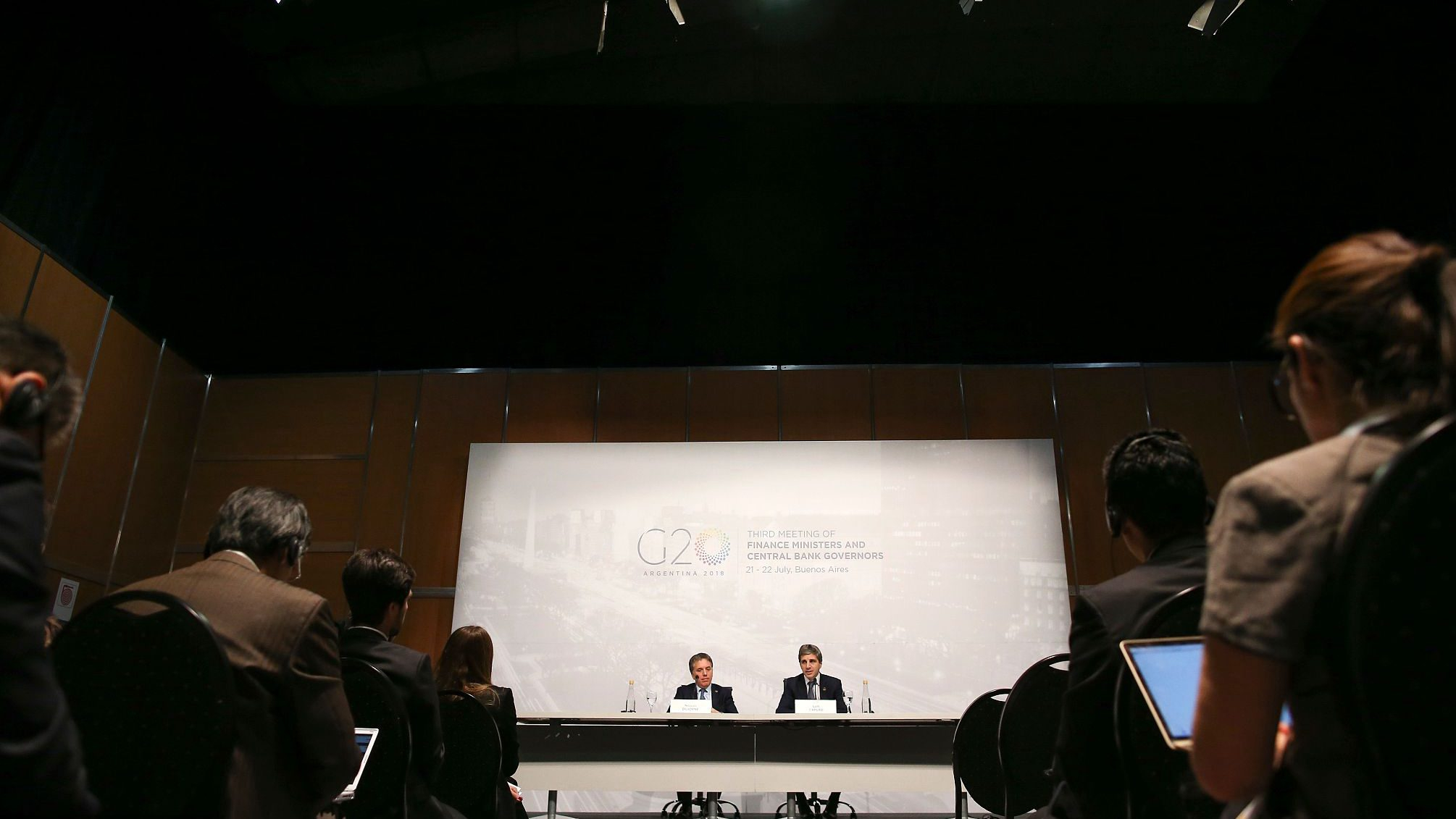 A two-day meeting of G20 finance ministers and central bank governors wrapped up in the Argentine capital, Buenos Aires, on Sunday. No surprise, trade issues dominated the sessions.

Although the finance ministers and central bankers issued a joint statement calling for open discussions to limit the impact of trade disputes, French Finance Minister Bruno Le Maire used the opportunity to single out the United States, saying it needs first to revoke its tariffs on steel and aluminum products, otherwise the EU will not be able to open up free trade negotiations with the United States. Le Maire says both he and his German counterpart have agreed that it is Washington that "must take the first step".

Any reasonable observer will notice that since the United States introduced tariffs on imported steel and aluminum products in early March, under the Trade Expansion Act of 1962 Section 232, Washington continues to stage a "drama" in global trade disputes: It has transferred all the responsibilities for solving its economic problems onto its main trading partners, including China and the EU, claiming that it is the "victim."

The Trump administration wants to try to convince the world that the ball is in the other court. But the reality shows that Trump is more comfortable using tariffs as a cudgel to brow-beat his country's trading partners without discussion.

So, one inevitably asks: "Who controls the ball in the current global trade war?" To answer this question, you need to go back to the source. On Friday, The Economist published an article entitled "Donald Trump is Fighting Trade Wars on Several Fronts."

It charts the ins and outs of the current shots being fired in the trade war, summarizing that "America's president reckons trade wars are easy to win – so easy that he has started several."

On January 22nd, the Trump administration announced that it will officially impose tariffs on imported solar panels and washing machines from February 7th, involving 9 billion US dollars' worth of products;

On March 1, the Trump administration announced that it would officially impose tariffs on US-imported steel and aluminum products on March 23, involving 47.8 billion US dollars' worth of products;

On March 22nd, the Trump administration announced that it would impose tariffs on Chinese products exported to the United States worth 50 billion US dollars, of which tariffs on 34-billion-dollar products have been officially implemented since the 6th of this month.

In the wake of this, China, the European Union, Canada, Mexico, India and Turkey have all taken corresponding countermeasures, as well as filing complaints to the WTO. Despite this, all of the Trump administration's targets - including China - have all expressed a willingness to negotiate through the WTO.

As the French Finance Minister Le Maire pointed out, "The United States should first abolish its tax increase policies, because Europe cannot negotiate under the circumstances of being forced."  The message from Le Maire and the rest of the world is clear: "Washington, the ball is now in your court!"

Sadly, it appears the US government is content to maintain its line when it comes to tariffs. This ultimately leads to a single conclusion: The Trump administration doesn't want to end this trade war. Washington appears happy to keep up the fight, while attempting to manipulate the rules for its own selfish needs.

At the meeting in Buenos Aires of the G20 finance ministers and central bank governors, IMF Managing Director Christine Lagarde publicly expressed concern about the negative impact of the continued trade war on global economic growth.  According to the IMF's forecast, the trade war will reduce the global economic growth rate by 0.5 percent, with the loss of some 430 billion US dollars in output.

So why is the United States, the world's largest economy, adopting this extreme approach of near "suicide"? The answer is this: data, data, and data. According to a JP Morgan Chase report, even if the Trump administration officially implements all of its threatened tariff increases, the imports to be affected will only be one-third of the country's total. Based on this, the US government has taken a position that this is a "war" that it can continue to fight.

But is that true? Today, globalization is a reality, with the concept of 'trade' beyond actual 'trade' itself. Britain's Financial Times commented on Saturday that "an open-ended trade dispute would have geopolitical consequences," adding that "if the US waged war against imports, it is bound to appear a deeply hostile act, with damaging implications for the fragile international order.

Making this more likely is the certainty that the actions the US is taking (and the retaliation it is evoking) are all contrary to the World Trade Organization's rules." The article also ominously quotes the late US economist Otto Tod Mallery. "When goods don't cross borders, soldiers will." While couching the suggestion with a point that reality may not be so simple, the Financial Times commentary notes this is a reality which has proven itself out in history.

So who is controlling the ball in the court of the global trade war? Labeled as "one of the biggest foes of the US" by Donald Trump himself, EU countries still contend they are allies of the United States, but the US is given no right to dictate to the EU.

In the view of French Finance Minister Bruno Le Maire, the United States needs to "see sense" and "respect the rules of multilateralism, and to respect their allies." But it stands to reason whether the Trump administration is willing to understand this.