OPINIONS Who's to blame for worsening China-Australia relations?

Who's to blame for worsening China-Australia relations? 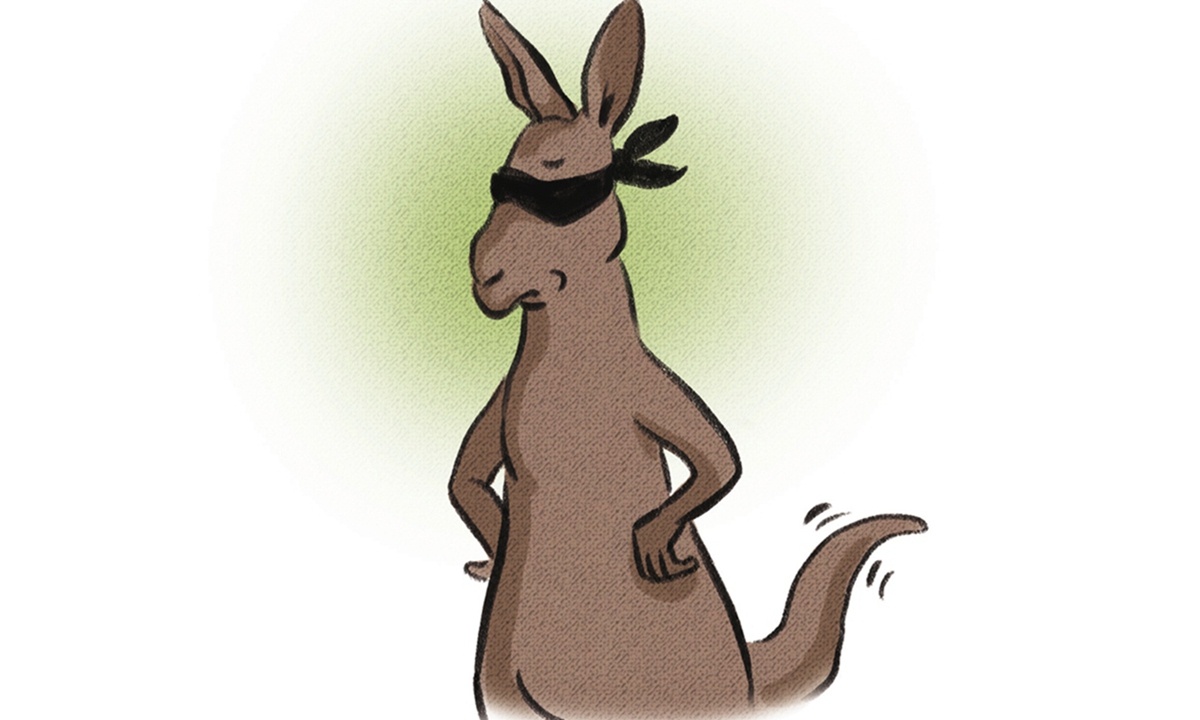 Relations between China and Australia are reaching a freezing point. This has become a hot topic of discussion on both sides. The Australian Financial Review published an article on Sunday saying that Australia's business leaders are "frustrated about the disintegration of Australia's relationship with China" and "many executives doing business with China privately blame Prime Minister Scott Morrison rather than an increasingly assertive Beijing."

It said that Australia's business leaders wondered why the foreign minister called for an international probe into the coronavirus; why was the government considering tearing up the 99-year lease on the Port of Darwin; and why are politicians talking about going to war with a country vastly more powerful than it?

In fact, China wants to know answers to these questions too.

Some Australians, however, still blame China for the deterioration of China-Australia relations. They believe China's "economic punishment" against Australia is groundless and has caused losses to the Australian business community and Australian farmers, and even stalled the China-Australia Strategic Economic Dialogue (SED).

But every effect has its cause. The suspension of the SED is in response to a series of egregious anti-China policies made by Canberra. China, as a responsible power, rarely suspends or terminates cooperation agreements with other countries through official announcements. The Chinese government's actions are mainly countermeasures due to the all-around and multi-level anti-China actions of Australia.

Economically, Australia is not only the world's first country that banned Huawei 5G technology. But it also cracked down on China's investment by introducing The Security of Critical Infrastructure Act in 2018, which led to a continuous drop in China's investment. Even China's Mengniu Dairy's merger and acquisition of Australian dairy enterprises were rejected by the government. In 2020, China's investment in Australia dropped by 61 percent. A series of such anti-China measures was a huge blow to Chinese companies in cooperation with Australia. This will also affect their future investment and business decisions in Australia.

Politically, Australia introduced the National Security Legislation Amendment Act and Foreign Influence Transparency Scheme Bill in 2018 to strike Chinese entrepreneurs and persecute China-friendly lawmakers. In June 2020, Australian security authorities forced an entry into houses of Chinese correspondents in Australia, and later in September, they revoked the visiting visas of two Chinese scholars on trumped-up charges. Then in April 2021, Australia became the first country in the world to tear up the Belt and Road agreement with China. This infringed on the development rights of Australian local governments and relevant enterprises, seriously hurting the development of China-Australia relations, and closing the door to dialogue between the two countries.

In the public opinion field, some mainstream Australian media outlets fabricated lies to hype up the "China threat" theory, and slandered overseas Chinese people, forming an anti-China atmosphere in spheres from economy to politics and to public opinion.

In addition, Australia is also acting as a vanguard of anti-China movements for the Western world, demonstrating this presence in almost all international anti-China groups and topics - including COVID-19 tracing investigations, and China's internal affairs on Xinjiang and Hong Kong.

In response to Australia's anti-China offensive moves, the Chinese government has been hoping that Australia will introspect and, in the words of Chinese State Councilor and Foreign Minister Wang Yi, "China-Australia relations should be calibrated and set sail again." However, Australia has gone further and further down the anti-China road. This is why the Chinese government has decided to suspend the SED indefinitely. Such a decision is also partly a response to the public opinion of Chinese people who have been angered by Australia's behavior.

The political mutual trust between China and Australia has reached a new low. Whether there will be dialogue between China and Australia in the future and how bilateral relations will develop will depend on the attitude of the Australian side. Even if Australia wants to show loyalty and not be abandoned by the US, it should not sacrifice its most important trading partner. Just as a South China Morning Post article put it, following China's ban on a range of Australian products, the US has been steadily 'backfilling' the void left by its ally. Washington will prioritize its own economic needs ahead of its allies, including Australia, despite close ties. Australia should realize these facts.

Nonetheless, Australia regards anti-China moves as political correctness, and shows no signs of changing. Besides, Australia is constantly looking for other export markets, reducing its dependence on China and getting ready to "decouple" from China. The two countries' relations are facing the biggest challenge since the establishment of diplomatic ties.