OPINIONS Who, what and why? Questions linger over alleged Syrian chemical weapon attack

Who, what and why? Questions linger over alleged Syrian chemical weapon attack 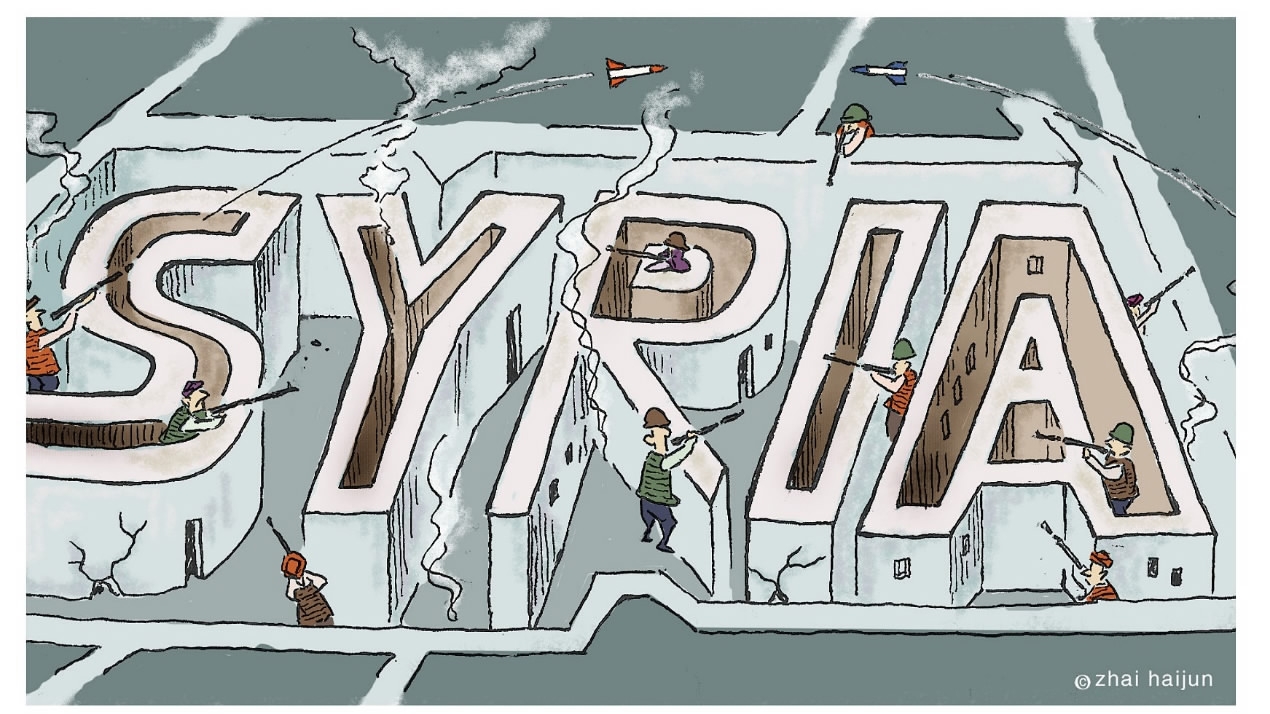 A blame game between the United States and Russia has escalated amid Saturday’s alleged chemical weapons attack in the town of Douma in Eastern Ghouta, near Syria’s capital Damascus. US President Donald Trump, who blamed Syrian President Bashar Assad and his international allies for the attack has threatened to take “forceful” action in response, while the Syrian government and Russia have said there is no evidence behind the claims.

Who did what and what are the motives behind are still in question amid the exchange of words.

Xu Qinduo, senior fellow from Pangoal Institution, said on CGTN’s the Point (@thepointwithlx) that “there is no point of using chemical weapons” for the Syrian government as they already have the upper hand in the fighting.

Pavel Felgenhauer, a Russian military analyst, however, noticed that “there is some military sense” to use such weapons because distracting defenders from “very well entrenched position” was not an easy task and chemical weapons “could come very handy and cause psychological shock.”

Currently, Syrian government forces are on the verge of taking full control of Syria's Eastern Ghouta. Facing defeat, most rebel groups in the region agreed to be evacuated to northern Syria, but the group controlling Douma continued to hold out.

A day after the alleged chemical attack, US President Donald Trump called Assad an "animal" and blamed Putin for backing the Syrian government. On Wednesday he threatened again that missiles “will be coming” at Syria.

In the eyes of Einar Tangen, a current affairs commentator, the move was another “preemptive war” by the United States. “The economic kerfuffle he (Trump) started with China by unilateral trade sanctions has not worked out the way he thought it would. So he may be searching for a new way to change the narratives in D.C.”

But Tangen believes that there must be something happening there, the question is “Who is behind it? It is not just pictures. You have face-to-face testimony with doctors who are in the hospital.”

While Felgenhauer called for a more comprehensive investigation into the incident, he speculated that what was used was possibly Chlorine gas; which was a kind of heavy gas but was not the real nerve agent. It will take weeks for the investigation commission to produce some sort of official result after arrival.

The message coming from Moscow right now, from Russian officials and Russian media, Felgenhauer said, is kind of “we are on the brink of war.”  Although brinkmanship is “a seasoned tactic to achieve different kinds of goals, including internal ones,” balancing on the brink of war is risky, he cautioned. At the moment, “a cooling-off period is essential for all sides.”