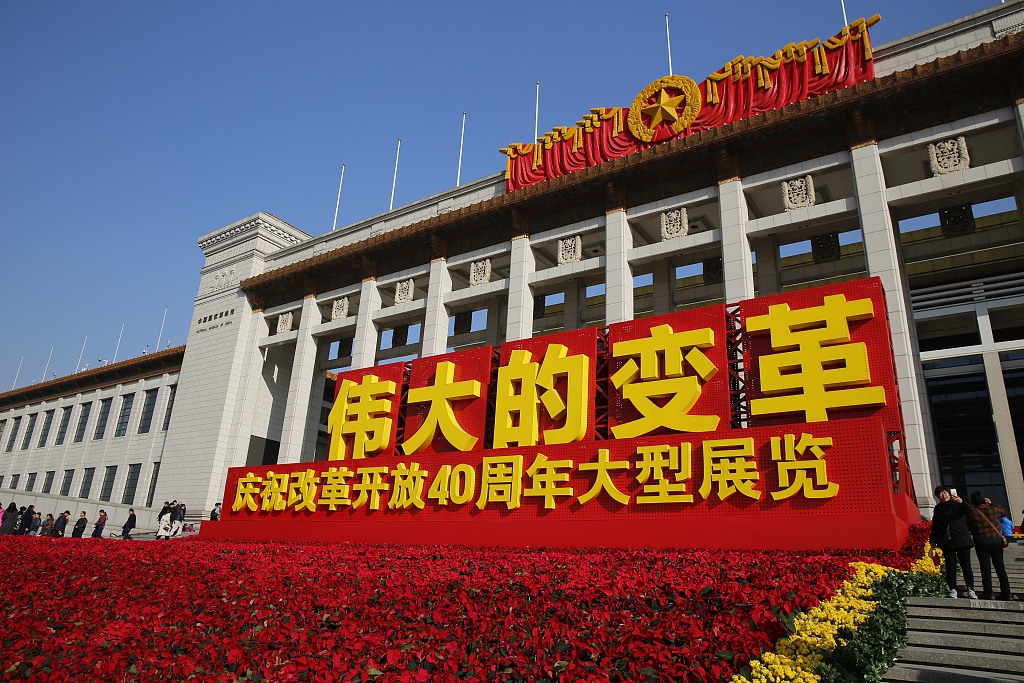 The Third Plenum of the 11th Communist Party of China Central Committee, held in Beijing in December 1978, was not a dramatic event for the world. There were no major disagreements－no clashes between different leaders. In many ways, the event had an almost disarming procedural smoothness. The newly appointed vice-premier, Deng Xiaoping, delivered a speech in which he broadly urged cadres to "seek truth from facts" and "liberate their thinking".

For someone as senior in the leadership to say this was enough, however. And while most foreign observers, initially at least, did not fully understand the significance of what had been signalled, plenty in the new leadership did.

Over the next year or so the signs of what "liberating thought" and "seeking truth from facts" mean became clearer. Communes and work brigades started being disbanded. In the countryside, experiments first tried out earlier in the 1970s in provinces such as Anhui and Sichuan whereby farmers were allowed to have greater freedom to plant crops and to then sell the surpluses in an emerging open market, rather than wholly into the State system, were extended till they covered the whole country.

A joint venture law was passed in 1979, with Coca Cola opening up a bottling plant in Tianjin soon after－the first foreign enterprise to work with a local partner since 1949. By 1981, the Special Economic Zones of Shenzhen, Zhuhai, Xiamen and Shantou were up and running. The contours of China under reform and opening-up were from this point irrefutable and clear. The rest, as they say, is history.

Leaders as diverse as Wan Li, Hu Yaobang and Xi Zhongxun, father of current Party chief Xi Jinping, all made contributions. Some were in charge of provinces that experimented successfully and then had their pilot schemes adopted nationwide. Others offered support from Beijing. Peng Zhen, once mayor of Beijing, and in the mid-1980s chairman of the National People's Congress, introduced the Organic Village Election Law in 1987, which saw the first moves to introduce multi-person elections to China's many tens of thousands of villages. This restored some levels of good governance to China's rural areas, where so many people still lived, and which had been highly unstable prior to 1976.

There were many other contributions, like the one most closely associated with Xi Zhongxun while he was the second and then first provincial Party secretary and governor in Guangdong province from 1979 to 1981 where he supported the implementation of special economic zones, and allowed manufacturing within China for export markets to raise revenue and build up a more powerful local skills base.

There was no blueprint for reform which was laid out in 1978 to be rigorously implemented from 1979 onward. So instead of rigid central and provincial targets to be fulfilled throughout the country by all State enterprises and entities, more latitude was allowed－and expected.

Cadres and those who worked with them were meant to fill in the gaps and use some of their initiative. Deng was supportive of young cadres in particular who showed creativity, moving to promote many of them in the 1980s to more senior leadership positions. In many ways, 1978 launched what can be called a process of "the great learning". Officials were expected to be self-critical, and more open. They were meant to refocus on the thing that mattered most to Deng's political program－improving the lives of the people and addressing their lack of material and daily necessities.

The undogmatic approach of the new leadership allowed them to travel the world looking at many different models by which to try to understand how to sustain high growth rates and modernize their technology, industry, agriculture and defense－the Four Modernizations that were mentioned back in the 1950s but which now needed to be addressed urgently.

Deng himself was to visit the United States and Japan. Other leaders went to Europe, and looked at high-growth economies within their own region－Singapore, Malaysia, Taiwan and the Republic of Korea, in particular. Slavish following of foreign models was not accepted. What was allowed was a new ideological focus on "socialism with Chinese characteristics" as it came to be called, which would marry the best aspects of other models with the intrinsic cultural, social and political conditions in China.

There were plenty of unintended consequences that followed from this process of accepting innovation, and openness to new ideas. The town and village enterprises, which started springing up in the 1980s, were largely an outcome of dramatically increased productivity in the rural areas, and with better incentives and more efficient methods, farming became much less labor intensive, and many who had once worked in this sector were free to pursue other opportunities. The TVEs were classic hybrid entities, working in the rural areas in many different sectors, some as factories or enterprises, teaching Chinese how to do business.

The TVEs became the employers of most Chinese people by the end of the decade, and yet, as Deng said, there had never been a specific plan for this to happen. It had simply been a happy offshoot of the whole process of introducing new ways of working.

In many ways, TVEs are the founding entities on which the thriving Chinese non-State sector was built－and which now contributes more than half of all GDP growth, and most employment.

In terms of impact on raw growth, reform and opening-up was almost immediately successful. From 1980, China's growth started to climb, soon reaching double digits, something that was maintained till the 2000s.

In places such as Shenzhen－a fishing village of no more than a few hundred thousand people in 1978－the impact of reform is material and real. Hong Kong, just over the border, almost seemed like a place from another planet in comparison. But by the mid-1980s, Shenzhen had transformed into a major manufacturing center with its own set of high-rise buildings and modern apartment blocks. Over this period there were some years when its growth was a staggering 45 per cent.

As the outside world came to understand that reform and opening-up were not a temporary phenomenon but marked a sea change in the attitudes and approaches of China, so too links and engagement between the two deepened, and became more varied. By the 2000s, the whole of China became a special economic zone, with the original locations able to now make goods not just for export, but also for the growing domestic market.

After China's entry into the World Trade Organization in 2001, forces of productivity were unleashed in a way that impacted the whole country－from the coastal areas right up to the western regions. The "Go West" campaign from 1999 started encouraging provincial governments as far afield as in Yunnan, Sichuan, Gansu and Inner Mongolia to start their own accelerated reform. They too set up science parks and technology zones, and strove to attract not just domestic, but foreign partnership and support too.

In the fourth decade of reform and opening-up, we see two major impacts. The first is that, within China, a middle class with a per capita income of about $8,000 has emerged－more than 30 times the level at the start of this whole process. In 1978, China and the Chinese could only dream of being wealthy and rich. Today, the dream is, for many, a reality. They live lives comparable in standards to those in Europe and the rest of the world. They travel abroad, and own cars and apartments. This was something even their grandparents would have found hard to imagine, and yet it has happened in their lifetime.

The second is more subtle. It has taught the Chinese, and the world, that there is flexibility at the heart of their economic philosophy, and their engagement with the environment around them－and that this is something that those outside China should pay attention to, and, in their turn, learn from.

In 1978, Deng asked his peer and colleagues to "liberate their thinking". It was a brave thing to do after so many years of uncertainty, especially as he was directing it at things that were once completely unaccepted－attracting foreign capital into the country, accepting entrepreneurship, and allowing a Chinese market to exist. Before 1976, these would have been illegal. But from 1979, they were accepted and promoted. This change in attitude and ability to simply reset and redirect themselves offers food for thought for not just the Chinese, but also everyone else. There are no hard and fast rules, the Chinese experience shows－facts, and situations, can change. The main thing is to recognize and then deal with it, and to be open and self-critical.

Core identity as a distinctive place

China under Deng, and since the reform, has changed radically. But it has also maintained its core identity as a very distinctive place with a unique cultural and social outlook. Which shows that in many ways the pragmatism and flexibility of the Deng approach read something deep and right about the nature of China and the Chinese. To this day, therefore, reform and openingup endure. Because of China's global prominence, the other countries may go more deeply into their own era of reform and opening-up, and embrace more of China and its rich traditions and cultures.

That would indeed be a great global learning process. And it would mean the spirit of "liberating thought" is not just appropriate for China, but for the world as well.