OPINIONS Why a prospering China so frightening to West?

Why a prospering China so frightening to West? 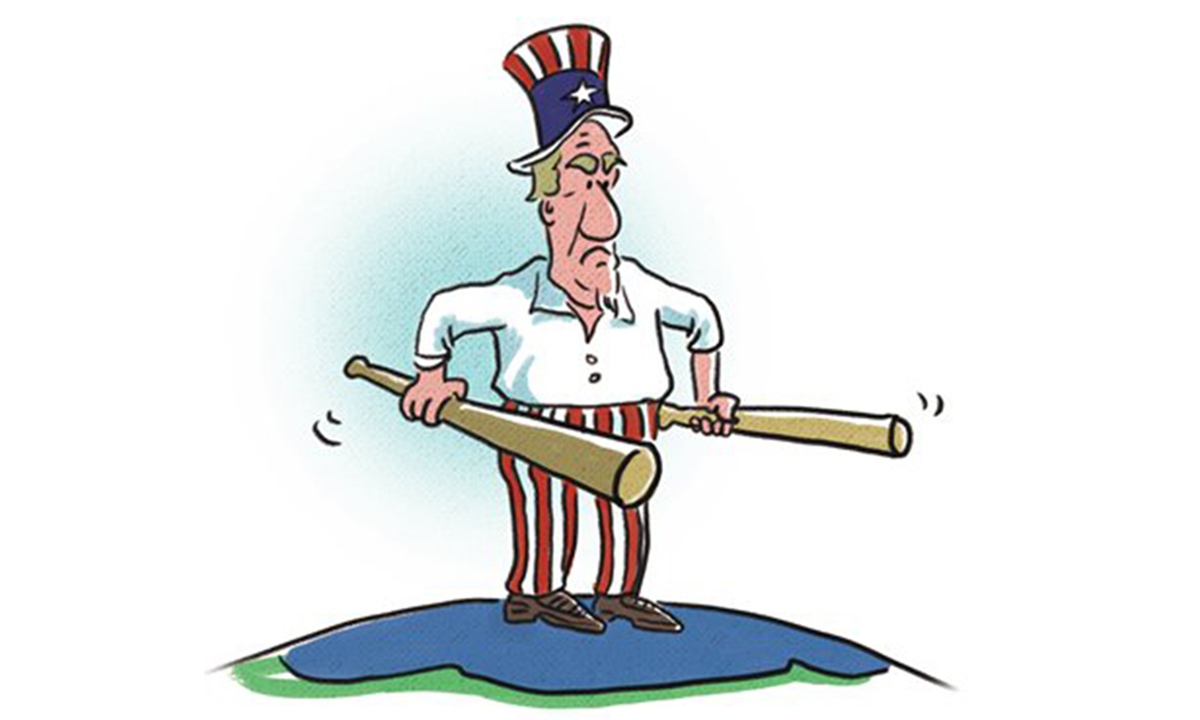 Focus, a German news magazine, recently exposed a principle of how some Western political elites, especially those from the US, make their calculated ruse on China. In an article published last week titled, "American fear: China's pursuit of prosperity created a new world," author Gabor Steingart pointed out that people in the White House believe China's relative poverty is the basic requirement for Western security architecture in the 21st century.

The article laid bare the West's deepest fear, saying when Chinese citizens' per capita prosperity catches up to that of Americans, a new world will be created, which would break US global domination and create a China century.

In other words, making China relatively poor is an undisguised way of achieving Washington's target - safeguarding its hegemony and dominance in the world.

Quite a few Western elites believe that China has benefited from Western resources and technology sharing to realize its rapid development. But the Western world, especially the US, now feels hurt. They think it is getting increasingly difficult to deal with a stronger, more confident China, failing to acknowledge its own aggressive deeds.

They also believe it is getting hard to maintain the West's previous absolute power advantages and dominance in the world. They want to pile pressure on China from the outside and weaken it from the inside, and the most convenient way is setting blocks on China's path toward prosperity.

If China becomes poor again, its global influence will wane. Internally, domestic chaos may emerge. In that case, the West's domineering position will be maintained. It will be easier to do whatever it wants to China at will.

The argument mirrors the deep-rooted imperial and colonial mentality of some Westerners. They believe that only the West has a say in other countries' systems, national governance, and what constitutes people's well-being.

In terms of China, the US has a specific way of pursuing its goal. This means economic decoupling and disrupting China's external environment that enable the country to implement reform and opening-up. The US has been making economic plans in the Indo-Pacific region to exclude China. For the moment, the Quad countries are focusing on security cooperation. Yet it remains to be seen whether they will create regional exclusive economic mechanism from the Quad bloc.

Washington has also been ganging up with its allies to stir up troubles for Beijing, ranging from the South China Sea to Xinjiang affairs. Washington hopes to make a mess on China's soil as well as in its peripheral areas. It hopes to slow down or even stop China's development. If China gets stuck at a low end of supply chain, goes back to be a low-end manufacturing "sweat-shop of the world," providing cheep labor force for the West forever, they will be truly pleased.

There is a kind of extremeness, stubbornness, and a sense of superiority in the West's policymaking toward non-Western countries. The West always attempts to grab their resources. It also tries to force people in these countries to accept that such resource plunder and inequality are justified by transforming their perceptions.

This is why we have to resolutely defend our own interests when facing Western countries, including the US. When the resources of the Indigenous peoples in North America were plundered, in order to survive they had to accept the fact that their lands were constantly encroached upon by Westerners. They were also forced to go to boarding schools to be educated with White people's mind-set and claims. We need to be vigilant not to become the next victims of the West.

The US never mentions its heinous deeds toward the indigenous peoples when it talks about human rights. The Western world never thinks that its resource plunder and strategies to weaken other countries are against the "equality" and "human rights" that it advocates all day long. The West believes it is the only one who gets to define what human rights mean. They never take the basic respect for the citizens of other countries into consideration. And if the target country is regarded as its enemy or rival, the West will act even more shamelessly because it believes it can do anything to its enemies.

The author raised a key question: Can the West permanently deny ordinary Chinese the level of prosperity of Western people? To answer it, one might ask: Why should the prosperity of a country depend on another country? High-quality living standard in other parts of the world is not supposed to be something mercifully provided or decided by the West.

If China's prosperity reaches the level of the West's, it will share its benefits with the world. This is what Beijing has been doing. But apparently, Western elites don't accept such a vision. As China develops, these people will create more troubles for China.

The author is a professor at the Institute of International Relations at China Foreign Affairs University. opinion@globaltimes.com.cn