OPINIONS Why biodiversity matters to you

Why biodiversity matters to you

You may go your entire life without seeing an endangered species, yet the globe's biodiversity crisis threatens all of humanity in numerous unseen or unrecognized ways, scientists say. 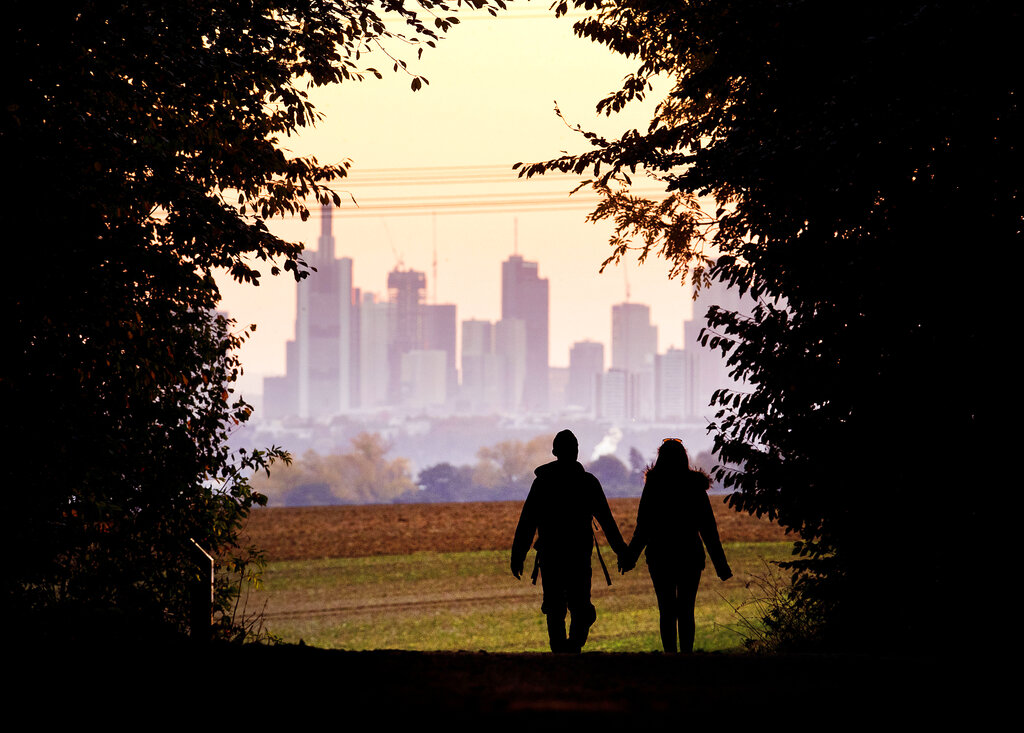 In this Oct. 21, 2018, file photo, a couple walks through a forest with the Frankfurt skyline in background near Frankfurt, Germany. (Photo: AP)

A massive United Nations report this week warned that nature is in trouble, estimated 1 million species are threatened with extinction if nothing is done and said the worldwide deterioration of nature is everybody's problem.

"Nature is essential for human existence and good quality of life," the report said.

Food, energy, medicine, water, protection from storms and floods and slowing climate change are some of the 18 ways nature helps keep people alive, the report said. And it concluded 14 of those are on long-term declining trends.

The Intergovernmental Science-Policy Platform on Biodiversity and Ecosystem Services (IPBES) report points to more than 2,500 wars and other conflicts over fossil fuels, water, food and land to show how important nature is.

"Protecting biodiversity means protecting mankind because we human beings depend fundamentally on the diversity of the living," UNESCO Director-General Audrey Azoulay said in announcing the report in Paris.

Here are four ways humanity depends on nature, according to the report and scientists:

Nearly all food comes directly from nature, said report co-author Kai Chan, an environmental scientist at the University of British Columbia. Even though overall the world is growing more food, pressure on crops from pollution, habitat changes and other forces has made prices soar and even caused food riots in Latin America, he said.

Pollinators across the globe, not just bees, are in decline. Three quarters of the world's food crops, including fruits, vegetables, coffee and cocoa, require pollination. The report said pollinator loss could cost the world $285 billion to $577 billion a year.

About 70% of the drugs used to fight cancer "are natural or are synthetic products inspired by nature," the report said. About 4 billion people rely primarily on natural medicines.

George Mason University ecologist Thomas Lovejoy points to a single heat-thriving microbe that comes out of Yellowstone National Park's hot springs. Pieces of its genetic code are the key to a scientific technique called polymerase chain reaction (PCR) that is used for medical, genetic and forensic tests and much of modern biotechnology.

"Nature underpins all dimensions of human health," the report said.

The world's forests and oceans suck nearly 6.2 billion tons (5.6 billion metric tons) of heat-trapping carbon dioxide out of the air each year, the report said. That's about 60% of what humans produce through burning fossil fuels.

Earth would be warming more and faster without forests and oceans, scientists said.

People can build expensive time-consuming sea walls to fight the rise of oceans from climate change or the same protection can be offered by coastal mangroves, the report said.

But mangroves are in trouble, Watson said.

"They often act as a nursery for fisheries basically," Watson said. "And they clearly help to protect land from severe weather events and storm surges from the sea."

The problem, he said, is that many mangrove systems have been converted to shrimp farms, leaving the land vulnerable to storm surges and devoid of biodiversity.

People may think of biodiversity or endangered species as something detached from their daily lives. But those people don't understand that Earth functions as a "living planet" with many parts dependent on each other, George Mason's Lovejoy said.

"We're here in Paris. Can you experience Paris without nature?" asked report co-chairman Eduardo Brondizio of Indiana University. "Every place we turn here we see biodiversity exposed to us in the streets. When we open the tap here, we drink excellent water. When we look at the parks, when we look at the atmosphere here in the city, it's all about nature."