With Marvel's blockbuster Avengers: Endgame and Lebanese film Capernaum released in China on April 24 and 29, respectively, the two titles are well positioned to earn big at the Chinese box office by taking advantage of the four-day May Day holiday. However, Indian movies are conspicuously missing from the screening schedule. 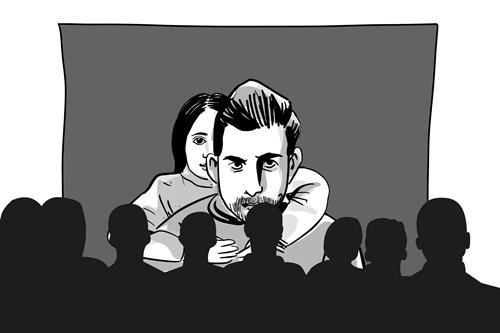 In fact, it is not just that there are no Bollywood movies scheduled during the holidays, but that China's romance with Indian movies seems to be quickly fading. So far this year, Andhadhun was the only Indian movie released in Chinese cinemas, which is a bit unusual.

Last year, a total of 10 Indian movies were screened in the country. The number -- though small compared to the total number of movies screened in China every year -- was pretty telling of China's sudden enthusiasm for Bollywood movies in 2018. During the seven years from 2011 to 2017, there were only eight Indian movies released in China.

After many years with one or two releases of Bollywood movies annually, 2017 saw the milestone release of Dangal, which grossed about 1.3 billion yuan ($193 million) in China, accounting for more than 60 percent of its global revenue, data from IMDb showed. The success of Dangal has directly led to the increased presence of Indian movies in China, which then saw the release of many others, such as Secret Superstar, Bajrangi Bhaijaan, Toilet: A Love Story and Hindi Medium.

However, Chinese audiences seem to have tired of Bollywood movies following this sudden influx of films from India. When Indian star Aamir Khan brought his new movie Thugs of Hindostan to China at the end of last year, the film still failed to impress Chinese audiences, even though the release featured scenes that were re-ordered to meet local tastes. While critics cited several major reasons behind the "flop," such as an unattractive plot, lack of resonance with the local culture, and a saturated market for Indian movies, one thing is sure: Bollywood has lost its freshness in the Chinese market.

However, Bollywood still should not slack off in tapping the Chinese movie market. At present, China has already become the world's second-largest movie market, just after the US. According to statistics from the State Film Administration, China collected 60.98 billion yuan in the domestic box office in 2018, up 9 percent from the 2017 box office revenue of 55.91 billion yuan. In addition to Hollywood and domestic blockbusters, some Indian movies also did well in China last year. For instance, Secret Superstar, which was screened in January 2018, grossed a whopping 747 million yuan at the Chinese box office, with Bajrangi Bhaijaan and Hindi Medium generating 285 million yuan and 210 million yuan, respectively.

Moreover, from the broader perspective of Sino-India trade, Indian movies could also help reduce the country's trade deficit with China somewhat. It is no secret that India has been complaining about its high trade deficit with its neighbor for a long time. According to a Bloomberg report, in the 2018 financial year, which ended on March 31, India cut its trade deficit with China by the most in more than a decade, thanks in large part to a 31 percent increase in its exports to China. And with China granting more access to Indian products, it can be said that the South Asian country's export potential hasn't been fully realized. As a cultural export product, Indian movies need to continue to tap the Chinese market to contribute to the shrinking trade deficit.

As to the waning enthusiasm of Chinese audiences toward Bollywood movies, producers and distributors on both sides of the border should learn a lesson from it and try their best to reverse the trend. Chinese audiences will still be attracted by movies with good storytelling, a fantastic script and great acting, so it is important to select high-quality films that appeal to Chinese audiences, especially those of interest to the young generation. In the meantime, since a movie's screening slot will have a major impact on its final box office revenue, distributors should be cautious in choosing screening times for Indian movies. After all, it was not long ago that Chinese audiences rediscovered the appeal of Indian movies, and producers and distributors from both countries should at least work to maintain their interest now.