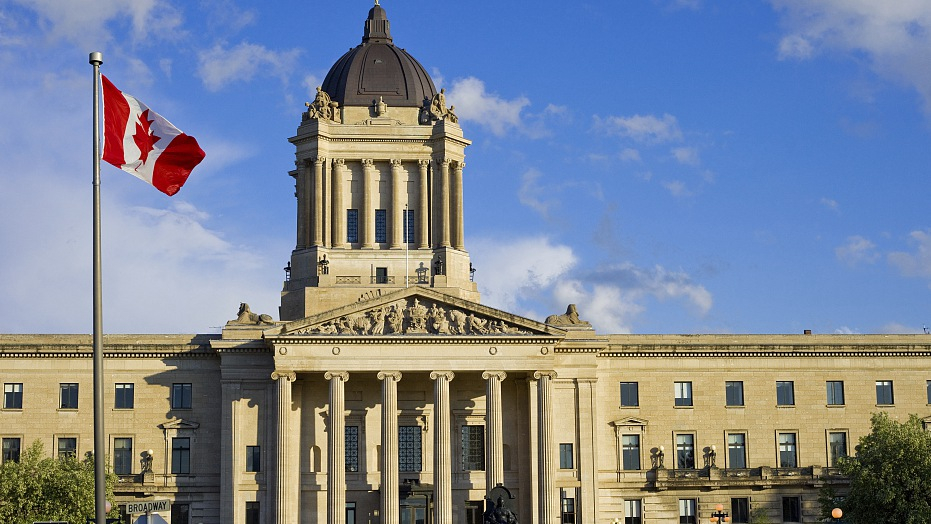 One can be forgiven for thinking Justin Trudeau might have turned Canada into a US "vassal state," succumbing to US demands and insults.

The prime minister, Justin Trudeau, was belittled by US President Trump and his senior officials. He was called  "weak" and "young punk" and forced to re-negotiate the North American Free Trade Agreement (NAFTA).

Canada buckled under US pressure to arrest Chinese technology giant Huawei's chief financial officer Meng Wanzhou on allegations that she violated US sanctions against Iran and committed fraud.

Canada followed America to "the teeth" in calling for a regime change in Venezuela. The latest is Canada grounding its Boeing 737 Max fleets only after or at the same time as the US did, suggesting the Canadian decision was made with US approval.

However, this thinking might not be fair, particularly with the Liberal Party and regard to China. The governing Liberal Party has a history of defying the USin dealing with China.

Justin Trudeau followed that tradition, openly expressing his admiration for China, earning him the label, "panda hugger" from politicians of other political parties and anti-communist groups. What's more, Trudeau spent considerable political capital and resources in an attempt to establish a free trade agreement with the Asian economic superpower.

Trudeau's admiration for China was probably shaped by his father, Pierre Eliot Trudeau (PET). In his youth, PET traveled to China before it was in fashion.

He probably understood China better than any Westerners at the time, explaining why Trudeau established diplomatic relations with the Asian giant when he became prime minister in the late 1960s and early 1970s.

When Justin Trudeau was elected prime minister, one of his first policies was to forge a free trade agreement (FTA) with China. Appointing John McCallum as ambassador to China was part of the strategy.

As the chief economist of a major Canadian bank, McCallum understood the importance of China in boosting Canadian economic growth and weaning away from overly dependent on the southern neighbor.

Though in part elected on an environmental protection platform, Trudeau supported the building and extension of controversial pipelines from Alberta's oil sands to the Pacific coast.

The "U-turn" was intended to ship large quantities of Canadian oil and gas to Asia, particularly China. With an increasingly affluent population of almost 1.4 billion, China is seen by Canada as a "lucrative" trade and investment partner. Should a free trade agreement between the two countries materializes, the almost 70-billion-Canadian-dollar two-way trade could only mushroom.

Against this backdrop, Trudeau might be forced to sacrifice the good Sino-Canada relationship which took decades to ferment, starting in the 1930s when Canadian Dr. Norman Bethune became Chairman Mao and the leadership's personal physician.

However, Canada is heavily dependent on the US, buying 75 percent of Canadian exports and owning over half of its corporate assets.

Moreover, the majority of Canadians do have a negative opinion on China which is seen as "untrustworthy," "a repressive regime" and other negatives, sentiments accumulated from relentless "subjective" reporting by Canada's major newspapers.

For Trudeau to defy US pressures and demands could, therefore, be politically disastrous. Opposition party politicians, the country's three major newspapers and anti-"communist" China pundits would tear him apart, possibly leading to his defeat in this year's general election.

But submitting to the US demands harms Canada's national interests, putting it between a rock and hard place.

Stuck between a rock and hard place

Trudeau and his senior officials are fully aware that upsetting China would delay or even lose the opportunity of establishing a Sino-Canada FTA, but defying US pressures and demands could cost more.

Unless relations improve, other business and trade opportunities will vanish.

If the US succeeds in pressuring Canada to ban Huawei equipment from its 5G network, country's 5G network construction could be put back two years and will cost Canadians more for telecommunication services.

Being heavily in debt and almost half of Canadians just living from paycheck to paycheck, paying more for telecommunications would further dampen consumption or put the already cash-strapped consumers further into debt.

According to Statistics Canada, almost half of Canadians have 200 CDN or less in their bank accounts.

Losing an increasingly large market thus impedes Canada's economic prospects. China's economic growth rates may be slowing down, but they are expected grow 6-6.5 percent over the next few years, on track to become a "moderately prosperous society in all respects" by 2020.

The relatively affluent huge Chinese market could buy a large number of Canadian goods and services.

On the other hand, sticking with the US would harm Canada's national interests and tarnish its international image. For example, non-Western countries are calling the government a "US stooge" and "hypocrite" for arresting Meng but pressuring the former attorney-general to drop bribery charges against the large engineering company, SNC-Lavalin.

The irony is America has not removed tariffs on Canadian steel and aluminum.

Doesn't have a choice

Living next to an overbearing giant, particularly one that controls the economy, leaves Canada little choice but to keep "lockstep" with US policies on China.

America has made its foreign policy clear: Stop China's rise at "whatever it takes", preventing the "communist" country from challenging American supremacy and forcing its allies, including Canada, to choose sides.

One last note is that the Conservative Party under Andrew Scheer might treat China even worse than Trudeau's Liberals.

Scheer has already stated that he would oppose an FTA with China and ban Huawei from participating in Canada's 5G network.

History will also tell if the Conservatives are more likely to follow US policies than the Liberals. For example, former Prime Minister Stephen Harper accused China of stealing Canadian technology and "would not sell Canadian values for the almighty dollar" at the beginning of his stewardship.