OPINIONS Why China is getting serious about waste sorting

Why China is getting serious about waste sorting 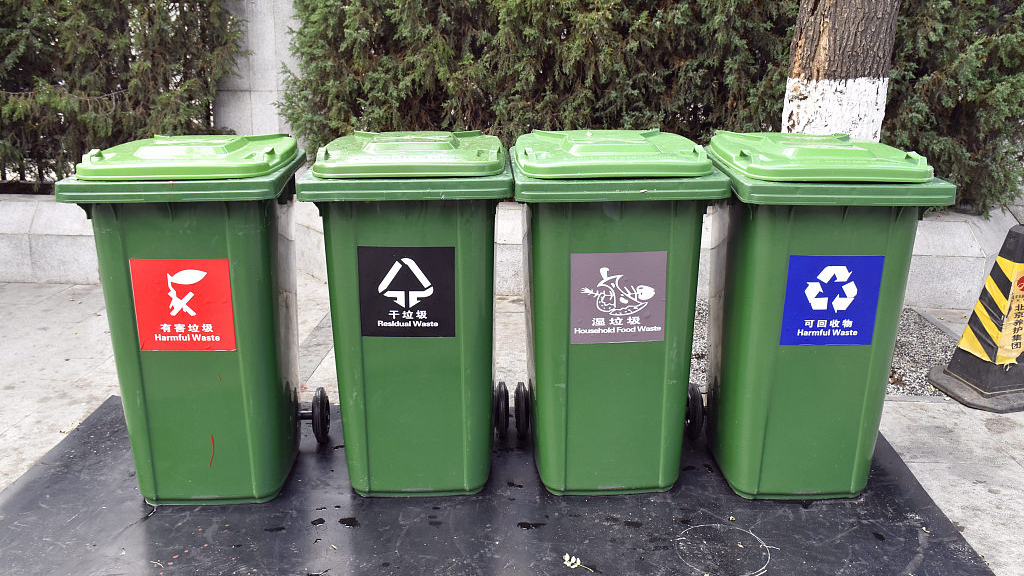 Forty-six Chinese cities are stepping up efforts to sort their waste. Each household is now required to separate trash according to four categories — recyclable, wet, hazardous, and others. Throughout the process of trash collection, transportation and handling, different kinds of garbage must not be mixed together.

The purpose of waste sorting is simple and clear. It first aims at protecting the environment by better managing urban garbage flows. Secondly, it reduces wastefulness by tapping into the potential of trash.

Shanghai is spearheading these efforts, rolling out strict solid waste management regulations, which came into effect on July 1.

Data shows that the city of over 24 million people produces 26,000 tones of garbage every day, and collected last year over 9 million tons of household trash.

The regulations require households to sort their own garbage and stress the enforcement of the new measures through supervision and a system of incentives and penalties. Individual violators would face a 200 yuan fine ($29), while companies in charge of garbage collection, transportation and handling would also be penalized for flouting the rules.

The global community today faces the urgent and daunting task of cleaning up after ourselves. Chemicals and hazardous wastes are contaminating our land, water and air, damaging biodiversity and ecosystems, and posing threats to food safety. Plastic in the ocean suffocates marine lives, eventually entering our food chain.

The "take-make-waste" linear paradigm, fueled by continued population growth — especially the middle class — and increasing demand for infrastructure and products, is challenged by the fact that resources around the world are scarce, placing obstacles in the face of humans' pursuit for a better life.

This comes at a time when the UN has set its Sustainable Development Goals (SDGs) of lifting hundreds of millions of people out of poverty and hunger and provide universal access to clean energy, water, and other infrastructure amid global challenges such as climate change.

China is shifting from the "take-make-waste" model to a circular economy as it cracks down on waste and promotes recycling. Last year, the country began implementing a ban on trash imports, triggering global action to regulate rubbish, with a particular focus on single-use plastic waste.

The country is accelerating work on its "zero waste city" pilot project along with a campaign to promote household garbage sorting. Eleven cities and five districts are among the first batch to trial this model for urban development and management.

Sorting garbage sounds like a no-brainer, but reality has proven otherwise.

Shanghai is a testament to that, with questions flooding social media — and even traditional media — about in which bins different types of trash go. There's been frustration, complaints and confusion. But on the positive side, Chinese netizens, now nearly 800 million in total, are best equipped to learn and spread knowledge and awareness on trash sorting.

The situation brings Japan's experience to mind. It took about 30 years for the country to get where it is today in terms of trash sorting and management. The starting points were local communities and schools, with children as young as 7 learning how to properly separate trash.

In the age of Industry 4.0, China is more privileged and empowered by technology to accelerate behavior change at household and individual levels.

But challenges do face China's endeavor. Among the hurdles is its e-commerce packaging. Digital technology is helping many in the country shop and order food without stepping outside, but this conveniences comes with a high price — environmental damage. One survey has found that packaging waste accounts for nearly 85 percent of urban solid waste — and much of it is in the form of plastic If not well managed, such refuse can potentially pose severe environmental and public health risks.

China is advancing ecological civilization, and waste sorting is a prerequisite skill for any civilized individual. After all, the way a country's citizens and government tackle its waste output says a lot about their level of civility.