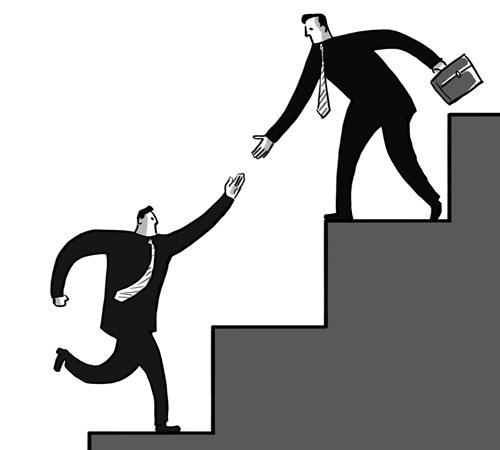 The Rohingya crisis has developed into a grave issue in Myanmar's politics and diplomacy. It has caused a mass exodus of Rohingya refugees to Bangladesh, who are living in pathetic conditions. Nonetheless, a fundamental resolution of the issue is hard to find. The UN, the US, the EU and Muslim countries pressurized Myanmar and even said that the crisis "looks like ethnic cleansing," calling for sanctions on the country's military authorities. But repeated censure and pressure have not worked.On November 19, Chinese Foreign Minister Wang Yi laid out a three-phase plan to address the issue in the Rakhine State during his visit to Myanmar's capital Nay Pyi Taw. In the first phase, an on-site cease-fire should be called and stability in social life should be restored so that people can live in peace without becoming homeless. Through the joint efforts of all parties, this goal has basically been realized and a recurrence of what happened should be avoided, especially the violence. In the second phase, all parties involved and the international community should jointly encourage Myanmar and Bangladesh to keep in touch and strengthen communication so as to find feasible approaches to the issue through consultation on an equal footing as early as possible. The two parties have reached a basic consensus on repatriation and it is hoped that the agreement can be signed and implemented as soon as possible to achieve tangible results.And in the third stage, priority should be given to addressing the root cause of the issue. China believes poverty is the root cause of unrest and conflict. Though the Rakhine State boasts rich resources, it lags in development. China has called on the international community to increase support and investment to promote development through poverty alleviation, leading to economic stability. China is willing to contribute and play its due role.Meanwhile, Wang also proposed a Y-shaped China-Myanmar Economic Corridor starting from Southwest China's Yunnan Province, extending southward to Myanmar's ancient city of Mandalay and then eastward to Yangon and west to the Kyaukpyu Special Economic Zone. This will help connect important projects along the corridor and promote balanced development across Myanmar.Wang's feasible proposals are seeing results. China does as it says. Myanmar-Bangladesh ties have worsened over the Rohingya crisis, but China is on good terms with both sides. Wang visited the two nations in mid-late November, working to make peace between them through reconciliation. His three-phase plan was welcomed by both nations and four days later they reached an agreement for the return of Rohingya refugees who had fled to Bangladesh. This has largely relieved the grievance of the refugees, helped ease confrontation between extremists and the Myanmar government and differences between Myanmar and Bangladesh.China's suggestions have also alleviated international pressure on Myanmar. The Myanmar government and close to 90 percent of its people who are Buddhists decried interference in their internal affairs by the UN, Western and Muslim countries. Some even protested certain organizations launching investigation and aid efforts in Rakhine without informing the Myanmar government. Such confrontation, if unresolved, will only worsen the situation in the restive state. China has called on the international community to forge ties with Myanmar to resolve the issue. Moreover, the China-Myanmar Economic Corridor caters to the latter's need for social and economic development. It is expected to boost the economy in the Mandalay-Yangon core zone and in impoverished Rakhine, to realize more balanced development across the country. Improving the livelihood of people in Rakhine will help reduce violence between local Buddhists and Muslims as scant economic and social resources have long contributed to conflict, besides differences in religion and ethnicity. To sum up, the three-phase solution will help Myanmar's backward regions embark on a stable development path, remove the breeding ground for extremism and terrorism, and benefit regional peace and stability. Many hands make light work. China's suggestions are aimed at promoting Myanmar's stability and development through concerted efforts with the international community. Beijing calls for more support and investment in the region so as to bring stability through development. China will join hands with Myanmar and other countries willing to participate in the China-Myanmar Economic Corridor to build a community of shared future.